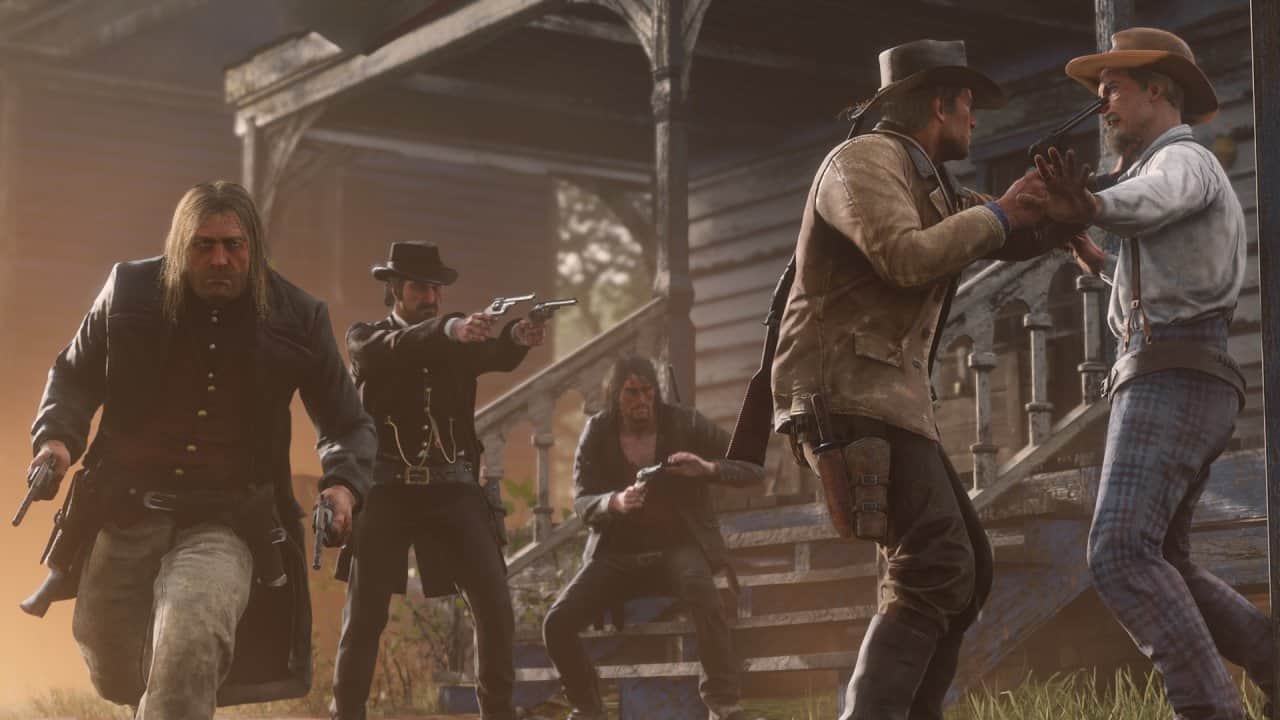 Like many gamers out there in the world, our glorious leader included, I spent the majority of this past weekend exploring the dying Old West as Arthur Morgan in Red Dead Redemption 2, and I’ve been as enraptured with the game as the reviews said I would. Though the slower pace is admittedly not to everyone’s taste, there’s something intangibly absorbing about performing menial tasks for your posse before murdering scores of fellow outlaws.

Still, for all the game’s dour ramblings about the modernisation of the West and how Dutch’s Gang will have to adapt in order to survive, Red Dead Redemption 2 is probably one of the funniest games of 2018, both intentionally and unintentionally. When you’ve got as many systems as this game has all colliding with each other at once, you’re bound to get a few, shall we say, irregularities.

With that in mind, we’ve compiled a small feature of some of the clips we’ve been giggling at the hardest, so please enjoy this alternative view of Red Dead Redemption 2.

Here we see a textbook demonstration of some of the issues that can be found when trying to use the cinematic mode camera angle. Sure, it looks pretty, but those obstacles will really sneak up on you.

2. Arthur of the Jungle

Red Dead Redemption 2 is such a beautiful and soothing game.https://t.co/q5UJlpCd6O pic.twitter.com/FvX7u9PpmY

Yeah, here’s another case of the cinematic mode angle getting players into trouble. In the wise words of one of 1960’s greatest cartoon shows (and an alright film as well), George of the Jungle: “Watch out for that tree!” The cinematic mode might be the perfect clip fodder, as the game quickly goes from picturesque to pretty fucked.

In this clip, we see the rare two and a half flip dismount into sunbathing position. It’s a perfect form from the American athlete and the judges agree. 10s across the board. Surely, it’ll be a gold medal for this young man. Seriously though, who installed the ejector saddle on that horse? Go-go Gadget Get Fucked.

It’s a miracle that Dutch grew to become the most feared outlaw in the West, because you can clearly see here that he has no earthly idea how to ride a horse. This is the man that the authorities are scared of? Colour me intimidated.

I’m using my own video here because it still tickles me, but there have been plenty of videos like this one and they’re all incredible. Basically, if someone is having trouble with their horse, don’t start shouting. Or do, if you feel like being a bit of a naughty cowboy. You won’t regret it.

Randy Orton’s RKOs have the tendency of coming from “Outta Nowhere”, but these clips are like an old school Rhyno Gore: strong, fast, lethal. You have to keep your head on a swivel out on the frontier, everything is out to get you.

We don’t really have much to say about this one, except for the fact that this clearly proves Arthur is some sort of reality controlling space wizard and that we should all bow before our new overlord. Seriously. This kind of physics manipulation puts Rico Rodriguez to shame.

GTA IV might have had the swingset glitch, but Red Dead Redemption 2 clearly has ways of producing a similar effect. Hopefully, this is an easily repeatable glitch, because there’s nothing I want more than to log on to Red Dead Online when it launches and see 30 players yeeting themselves into the stratosphere.

Red Dead 2 is so realistic. It even has the Western Suicide Bird in it. @RockstarGames pic.twitter.com/IXLoJPOPb4

Bless these birds. They clearly possess the same energy as the deer previously, but they just couldn’t quite close it out. Still, their memory will live on in a tweet that’ll do big numbers. A worthy sacrifice, no doubt.

10. Stealth is an option

For our last clip, we see one poor individual trying to sneak up on their bounty. Trying. At the very least, they know how to make a memorable entrance.

And that’s been our list of funny Red Dead Redemption 2 clips. How many hilarious moments have you had while playing the game? Send us some of your favourites and we might make another article.