Disney takes its animated formula to some new places, but also some old ones. 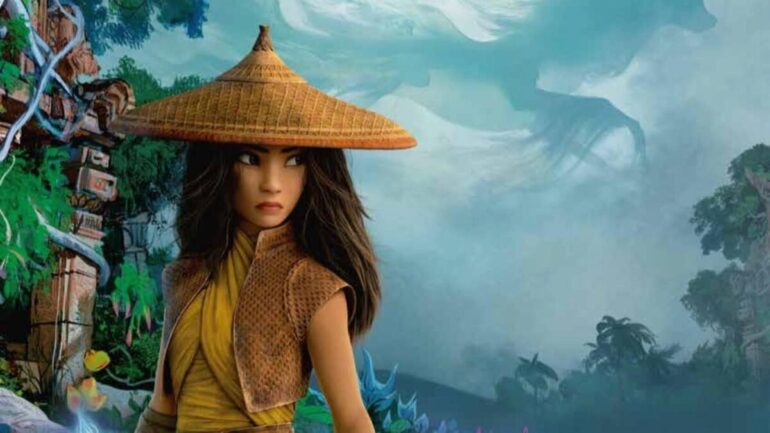 It’s been a little over four years since Disney released an original film through their in-house animation studio, instead putting out sequels to Frozen and Wreck-it Ralph in the interim — by contrast, their other animation studio, Pixar, has released three originals in all that time. Raya and the Last Dragon was directed by Don Hall (Big Hero 6) and Carlos López Estrada (Blindspotting), and it certainly fits into the latest generation of computer-animated Disney films centered around young, female princesses with incredible abilities going on magical and more action-focused adventures throughout various mythical lands.

We’ve seen Rapunzel traverse Germanic-inspired countrysides in search of her family, Elsa and Anna navigate Nordic-like mountains as they solidify their sibling bond (twice), and most recently we’ve seen Moana collect artifacts and demigods in her voyage across Pacific-esque islands. In these ways, Raya and the Last Dragon certainly checks a lot of Disney-animated adventure boxes, while still adding a few of its own to boast.

This next adventure belongs to Raya (voiced by Kelly Marie Tran), a warrior princess who has become a jaded wanderer as her homeland, a divided Kumandra, has become ravaged by plague monstrosities that can instantly turn their victims into stone. They can only be repelled by water, as well as a particularly important dragon gem that is sought after by all of Kumandra’s tribes, who are engaged in constant war over the gem’s powers of protection.

The tribes themselves are an amalgamation of Southeast Asian cultures translated into Disney’s mainstream, global-friendly language. You can easily imagine Kumandra existing on the same planet as Corona, Arendelle, and Motunui, not just because the characters themselves have a comparable art direction, but because they clearly share the same values and conceptual sensibilities of Disney’s core, cinematic energy, despite having vastly different tones and atmospheres.

It would actually be easier to compare the cultural world-building of Raya to Avatar: The Last Airbender, which built a broader Asian-inspired world of its own as the basis for a hero’s journey. Kumandra itself is separated into a piano of territories inspired by Laos, Cambodia, Thailand, Malaysia, Vietnam, Myanmar, the Philippines, and Indonesia, all of varying degrees and fusions. There’s a clear effort to pay respectful tribute to these oft-ignored cultural settings, while still producing a visually imaginative and distinctive sandbox audiences have never really seen from Disney.

Raya herself is a compelling enough protagonist, starting off as the guardian heir of the benevolent Heart tribe, which falls into disarray after trying and failing to unite the other groups. She forms a familiar, but emotionally wrought rivalry with Namaari (Gemma Chan), which manifests into the film’s main drama and conflict throughout to some seriously exciting payoff. In her effort to restore the land to its former peace, she encounters the “last dragon,” a water dragon named Sisu (Awkwafina), long revered to be the godlike savior of Kumandra. But in welcome Disney fashion, Sisu is a bit of a goof, referring to her heroic exploits as the result of “getting credit for a group project” despite not doing most of the work.

At first, Sisu comes across like this film’s rendition of the genie from Aladdin mixed with Maui from Moana — a flawed, superpowered being who lends comic relief who avoids being inconsequential to the plot. But over time, she offers some of the film’s more nuanced messaging about trusting others, trusting others, and did we mention trusting others?

If there’s anything Raya and the Last Dragon truly misses the mark on, it’s the impact of its admittedly nice message: trusting others. It’s repeatedly said and demonstrated to an embarrassing and unnecessary excess, despite being conceptually well-realized by the film’s final act. As the film progresses, even younger audiences (who will otherwise devour this story with total glee) will be able to understand and appreciate these themes when told most effectively; through Raya’s ongoing collection of new allies who teach her resonant lessons about, you guessed it, trusting others. Which makes the film’s insistence on re-emphasizing this message through repetitive dialogue all the more irksome.

Otherwise, Raya is a perfectly fine Disney animated film with large doses of fun and some thrilling action set pieces. Like the original Star Wars, it introduces a lot of lovable allies and locations without feeling overstuffed, instead allowing for downtime between the characters at regular intervals. The film also avoids the pitfall of making its central character a blank slate who doesn’t have enough to do.

If anything, it leans into good ideas about how fighting should often be avoided entirely when possible, while still allowing for Raya to kick butt because that’s what most people came to see. She’s given some iconic, frame-worthy movie moments that certainly transcend the typical Disney formula, particularly with the inclusion of her trusty armadillo-pill-bug Tuk Tuk (Alan Tudyk), who could be easily mistaken for an animal guide hybrid out of “Avatar” (in a good way), as well a plot-busting sword/grappling hook that will be sure to sell some toys.

There’s no one, groundbreaking element that defines Raya as a good and sometimes great family action film. James Newton Howard’s score is certainly enchanting, infusing already-epic scenes with even more cinematic flavor. All of the side characters, from a thieving toddler with animal accomplices to a fast-talking shrimp boat captain who is only ten years old, get at least one memorable moment. And Sisu herself is a fount of creativity, transforming what would be typical, uninteresting MacGuffins into opportunities for her to achieve new, unique powers that emphasize the “water” in “water dragon.”

Raya and the Last Dragon isn’t always as grandiose and intangibly awe-inspiring as some of Disney’s most masterful efforts, perhaps because its story doesn’t always match the visuals in terms of imagination. But for families seeking their next powerful and empowering big screen adventure, they can find a lot to explore in this one.

READ NEXT: WandaVision: 5 Theories On The New Disney+ Show 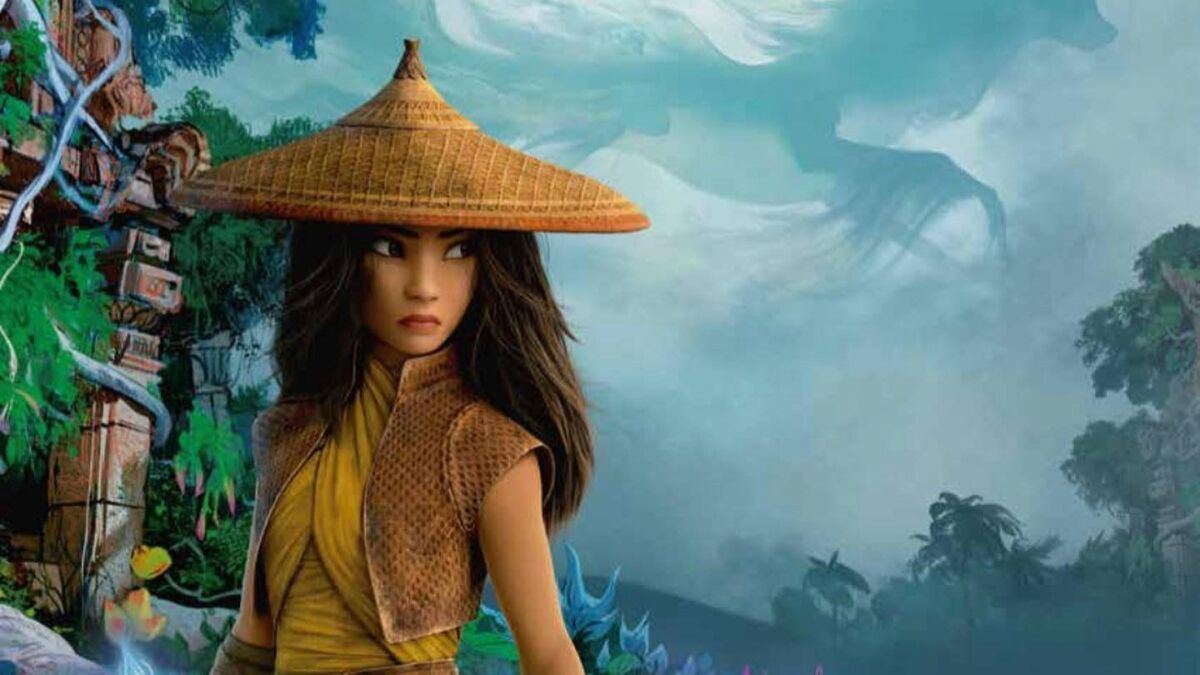 Verdict
Raya and the Last Dragon is a wonderland of visually engaging scenery, with some impressive action and memorable characters to boot. But its basic takeaways about trust and family don’t have nearly the same level of staying power.
7.5
Cultured Vultures is a pop culture website established in 2013 covering all things gaming, movies, and more. We eat your words.
All The News On The Biggest Games