The hotly anticipated WandaVision might see major changes to the entire MCU. 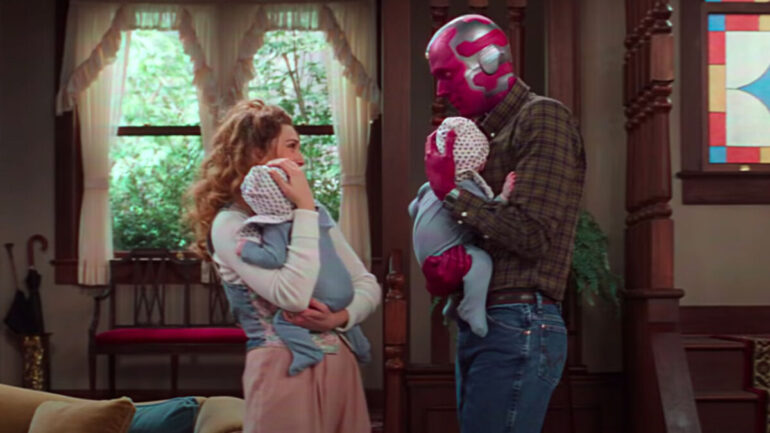 WandaVision, the first project in Marvel’s ‘phase four’ , is set to debut on 15th January, 2021. The highly anticipated show, which will consist of nine episodes, would be the first TV project based on MCU (Marvel Cinematic Universe) supporting characters who have not starred in their own films – not least Elizabeth Olsen’s Wanda Maximoff and Paul Bettany’s Vision. Based on what I have seen in the trailers, here are the five scenarios that I believe are most likely to take place. 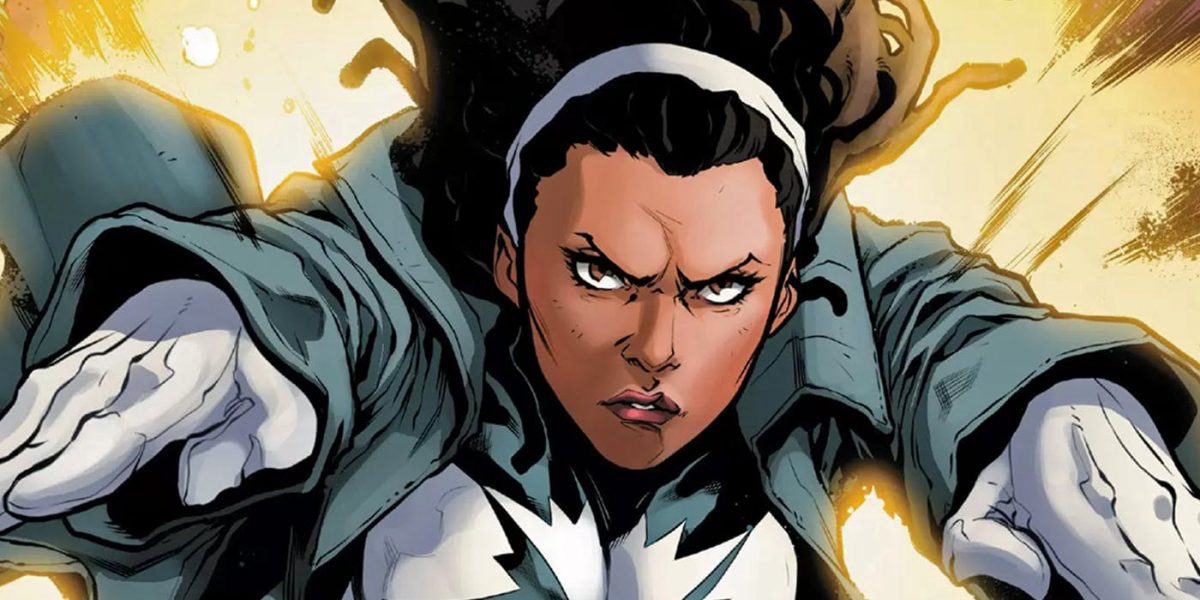 We can see in the second trailer that multiple voices are calling out to Wanda, but she cannot see them. There is also a helicopter and multiple task force agents outside a barrier that briefly glows. In a shot of the second trailer, we also see Monica Rambeau (Teyonah Parris) interacting with Wanda. A few moments later, she is thrown out of an alternate dimension via this same barrier using an invisible force, following which she lands on the ground. It is safe to say that Wanda has created a pocket universe, and that the barriers are walls to the same.

For the uninitiated, Monica is the child from the Captain Marvel movie, and in the comics, she turns into a superhero known as ‘Spectrum’. Wanda’s actions could have great repercussions, which could affect certain people permanently once they enter her universe – and perhaps awaken Monica’s latent abilities. Although Spectrum’s power set is similar to Captain Marvel’s, Marvel could potentially introduce her over the course of a few movies/TV shows to give her better character development.

2. Wanda’s actions lead to the introduction of the X-Men 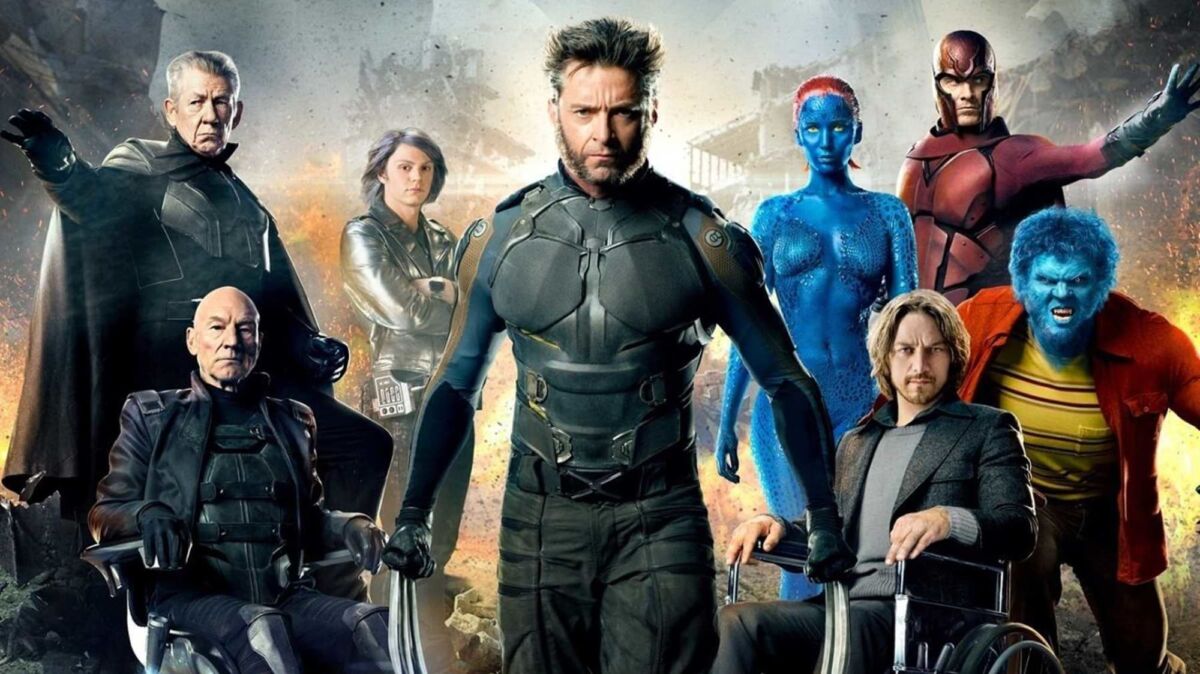 This directly ties into the first theory. Now that Marvel has acquired the rights to the X-Men via the Fox deal, Wanda’s actions could introduce the X-Men into the MCU, and this could easily be the best possible way. In the X-Men comics, Wanda and her brother Pietro were the children of Magneto the mutant, which explained their abilities, whereas in the MCU they have acquired their powers via experimentation conducted on them by HYDRA.

It makes sense that the mutants could be introduced during the upcoming Doctor Strange sequel, in which Wanda’s appearance has already been confirmed. The movie’s title, ‘Doctor Strange in the Multiverse of Madness’, suggests that the MCU is going to pave the way for previous characters from the Fox and Marvel universes to appear in the movie, but their debut could be initiated via the TV show. It is likely that owing to her exceptional power levels Wanda could end up altering reality itself, even outside the pocketverse, and that could lead to the introduction of the X-Men.

I’m going to go out on a limb here, and say that Marvel may decide to shake things up a little, and Monica Rambeau would be introduced as the first MCU mutant instead. There are two reasons: one, having two extremely super-powered heroes with similar abilities this early could affect the world building in the MCU, which tends to be drawn out over several movies. Two, introducing her right now as a mutant would fast track the arrival of the X-Men, something that fans have been awaiting for ages.

3. Vision is still dead – only his ‘soul’ is alive 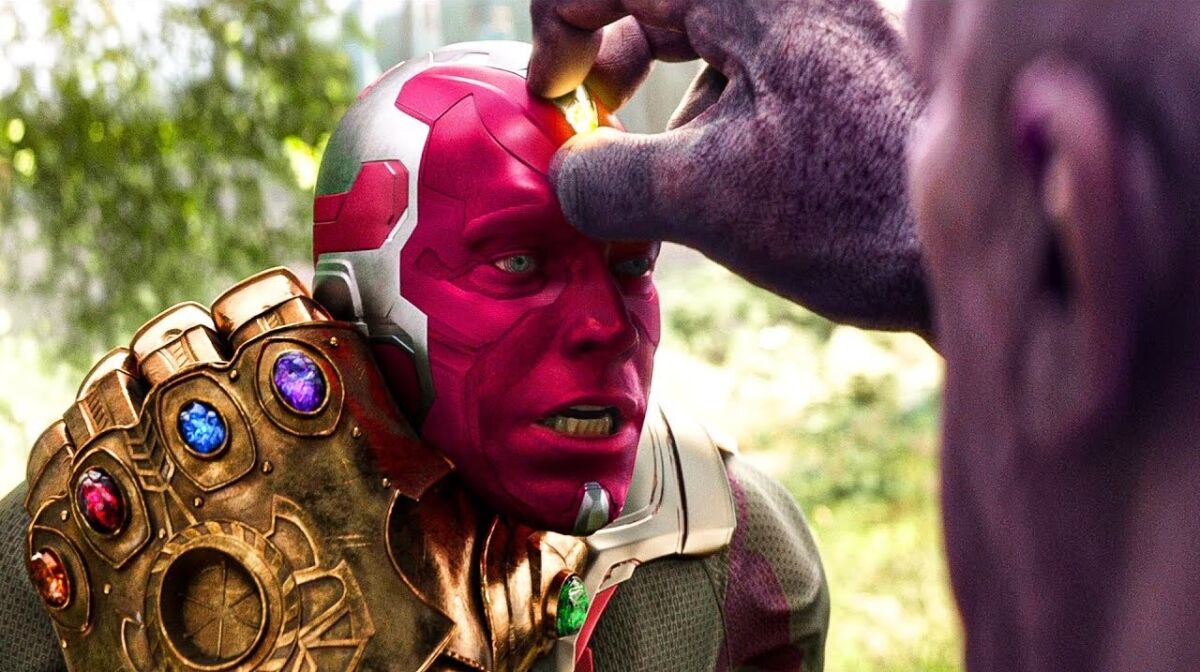 The trailer reveals that Vision is alive and truly well. After his cruel death at the hands of Thanos, who had plucked the Mind Stone from Vision’s forehead to complete the Infinity Gauntlet, fans would be surprised to see his return, but it could happen in one way.

A shot from one of the scenes shows Wanda visualizing a Mind Stone, which then explodes in front of her eyes. I believe that although Vision’s synthezoid body has been destroyed, his psyche is somehow still intact. When Wanda uncovers the cold, hard truth once she is out of the pocket universe, she may choose to keep him alive for as long as is potentially possible until his body can be recovered. Which directly leads us to: 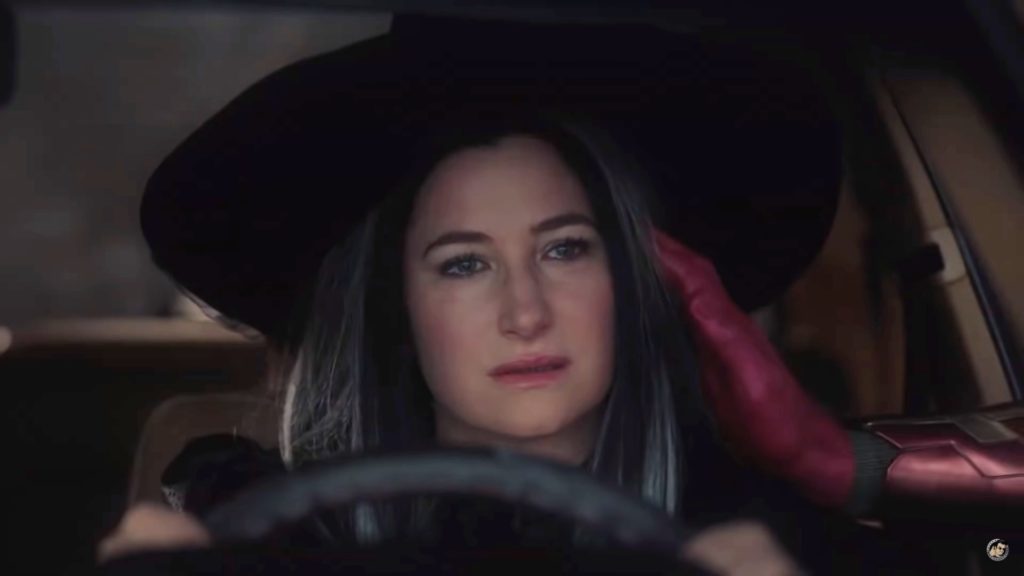 A character that goes by the name of Agnes, played by Kathryn Hahn, has been introduced in WandaVision, and she seems to have a prominent role. I suspect that she is none other than Agatha Harkness. Agatha was a recurring figure in the comics, who has closely worked with the Scarlet Witch, a name which has not yet officially been given to Wanda in the MCU, and…the Fantastic Four, which has also been confirmed as part of the MCU.

It initially seems that Wanda, while trying to keep Vision alive, has exposed herself, which helps Agnes to control her. Although Agatha was an ally and occasional foe to Wanda in the comics, the MCU has switched positions of the good and bad guys in the past, as they did with the Skrulls and Krees in Captain Marvel, and they could do the same here. But with this series directly setting up the Doctor Strange sequel (as confirmed by Kevin Feige), I do not see Agatha being a major villain in the movie, with Marvel traditionally having male characters as villains in the MCU. Moreover, it seems that the clips containing Agatha have been purposely combined, to give the impression that she is a villain, but in reality, she may simply be a neutral character simply there to guide Wanda, as she did in the comics and to protect her.

In a scene from the first trailer, Vision touches Agnes on her temple to wake her out of what seems to be her stupefied self. This means that there could be somebody on the outside who is pulling everybody’s strings inside this miniverse. Which could mean: 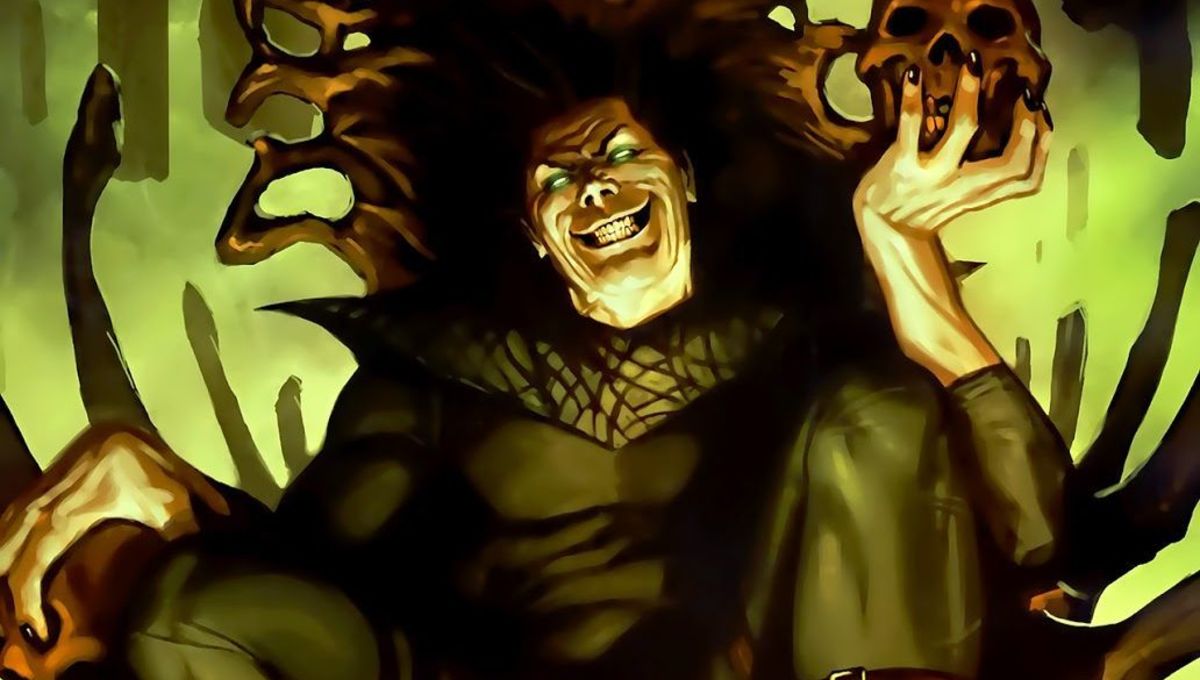 Nightmare was Doctor Strange’s first major foe in Marvel comics, and he has regularly plagued his dreams ever since. In the Ultimate Spider-Man comics, he accidentally entered Spider-Man’s mind, and gave him the scariest dreams, while taking the shape of various characters such as Eddie Brock, Aunt May, and Mary Jane amongst others. Something similar could happen here, with Nightmare entering Wanda’s mind, and the Scarlet Witch being caught in the crossfire.

Although many are anticipating Mephisto to be the main villain, it is important to note that he has important ties to Ghost Rider, who has already been introduced in the Agents Of Shield TV show, so his debut at the moment would not be a good fit.

Marvel have a habit of introducing villains with similar abilities to the heroes – Tony Stark and Obadiah Stane, Ant Man and Yellowjacket, Captain America and the Winter Soldier. Considering that both Doctor Strange and Nightmare have the ability of flight, access to other dimensions, as well as astral projection, the introduction of this villain seems likely, with Wanda having also faced off against him in previous issues of Doctor Strange. In the comics, when Nightmare noticed somebody who was troubled, he would lure them into a dreamscape, and simultaneously weaponize their fear while taking control of their subconscious. Wanda is a tormented soul after Vision’s death at the hands of Thanos, and her vulnerable mind would make her a prime candidate to be controlled by Nightmare.

I eagerly look forward to watching WandaVision. It has the most unpredictable plot amongst the MCU fare so far, and with Marvel being rather tight-lipped about the project, I expect to be incredibly surprised in the coming weeks.