Some rad tips for RAD for your rad selves. 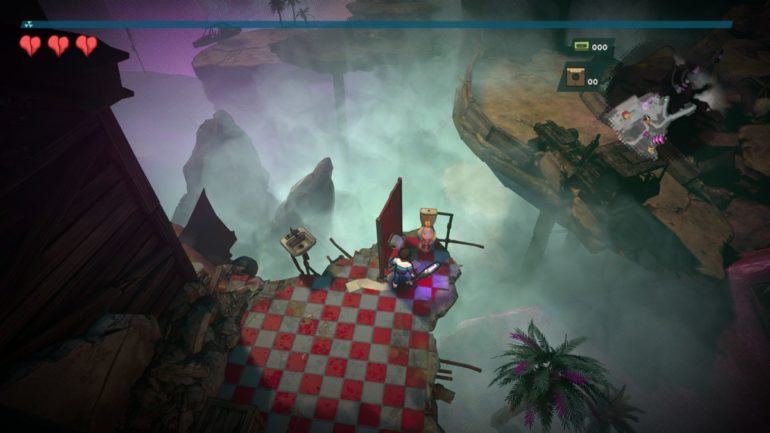 A game that might have flown under the radar for many, Double Fine’s RAD is a mighty fine rogue-lite set in a post-post-apocalypse where clones can harness the radiation to create powerful mutations. It’s a bit of a crazy idea, but one that we’ve come to expect over the years from the nutters over at Double Fine.

RAD doesn’t do the best job of explaining itself to players, almost by design. It’s a game where you learn through playing and, weirdly most crucially, failure. You can’t expect to just rock up in RAD and have a great time; dying is the best learning tool possible.

That said, there are definitely some ways you can help yourself to limit all of the dying, or at least to set you up for a good run the next time out. Here are some RAD beginner’s tips that you should chuck a baseball bat at.

Roll, and then roll again 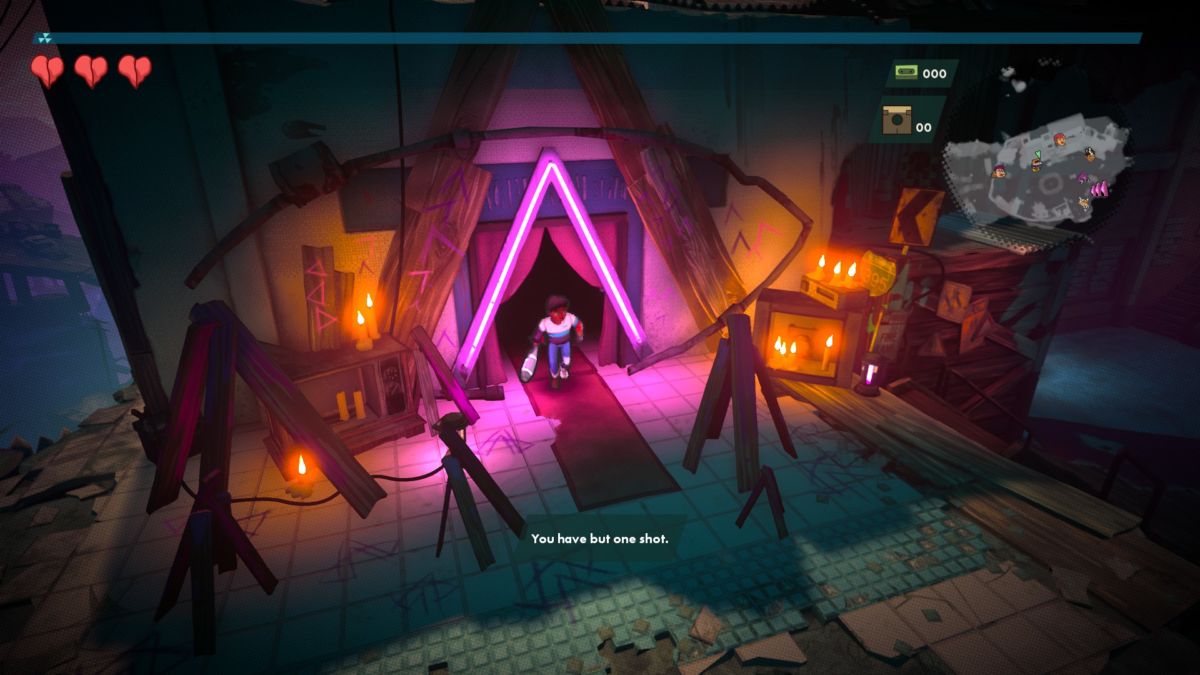 The dodge roll in RAD is maybe the best asset you have for staying alive. Not only can it quickly help you get out of the way of danger, but if you roll into a projectile, the damage is negated. Most enemies have a clear “tell” of when they’re going to strike, so you can roll away, roll back, land some hits, and then roll away again to chip at the health bar of the bigger bads. 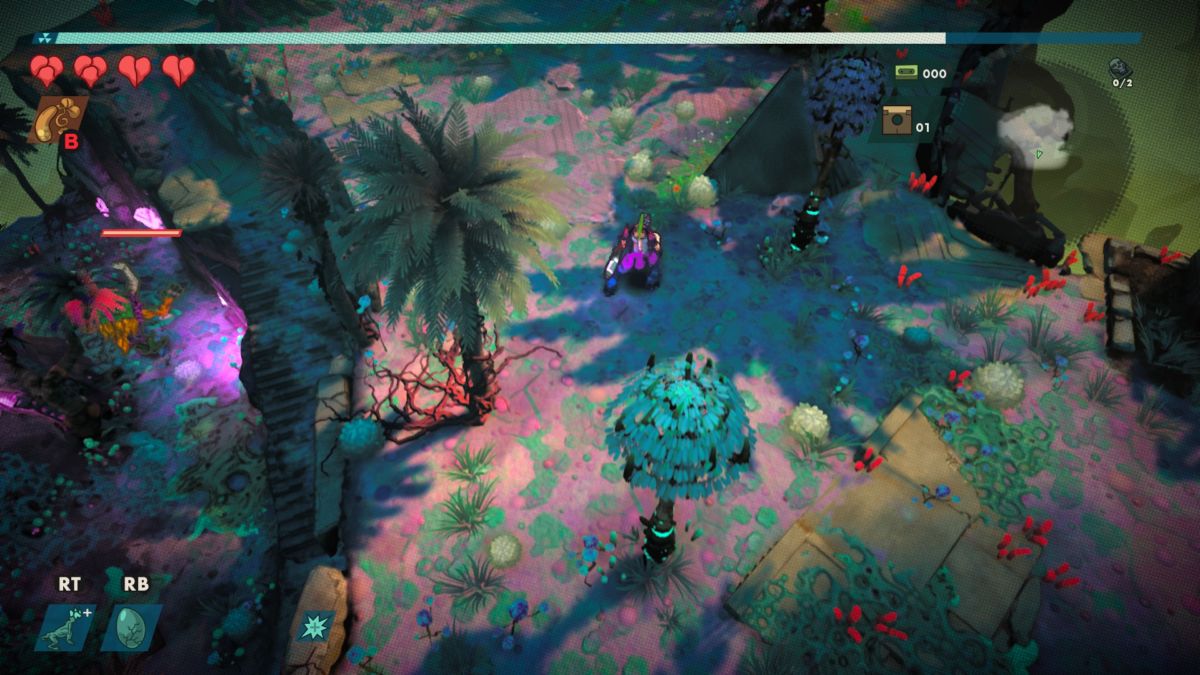 You’re going to want to accumulate as many tapes as you can in RAD, taking care not to use too many of them at shops in your current run unless absolutely necessary. After every boss room, go through the left portal instead of the right to be transported back to the hub, where you can deposit your earned tapes into savings. The more tapes you store, the easier it is withdraw. Deposit enough and you can eventually use a bank card out in the wasteland (for a small charge) so you don’t have to carry a million tapes with you. 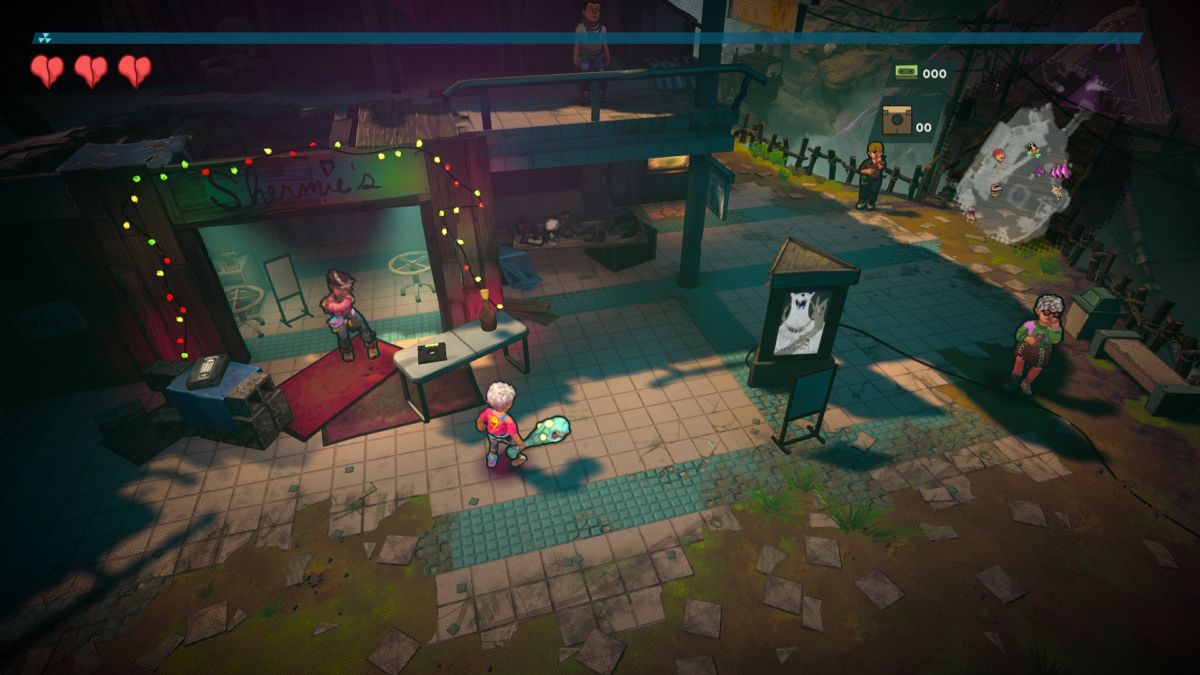 In your hub, you will be able to buy from a one-armed vendor by the name of Shermie. She doesn’t have much worthwhile to begin with, but the more you give to her, the better her stock becomes. Her shop will eventually be able to give you some rare artifacts to give you a gameplay advantage, so do your bit for your community and spend some tapes during the interim of a level. 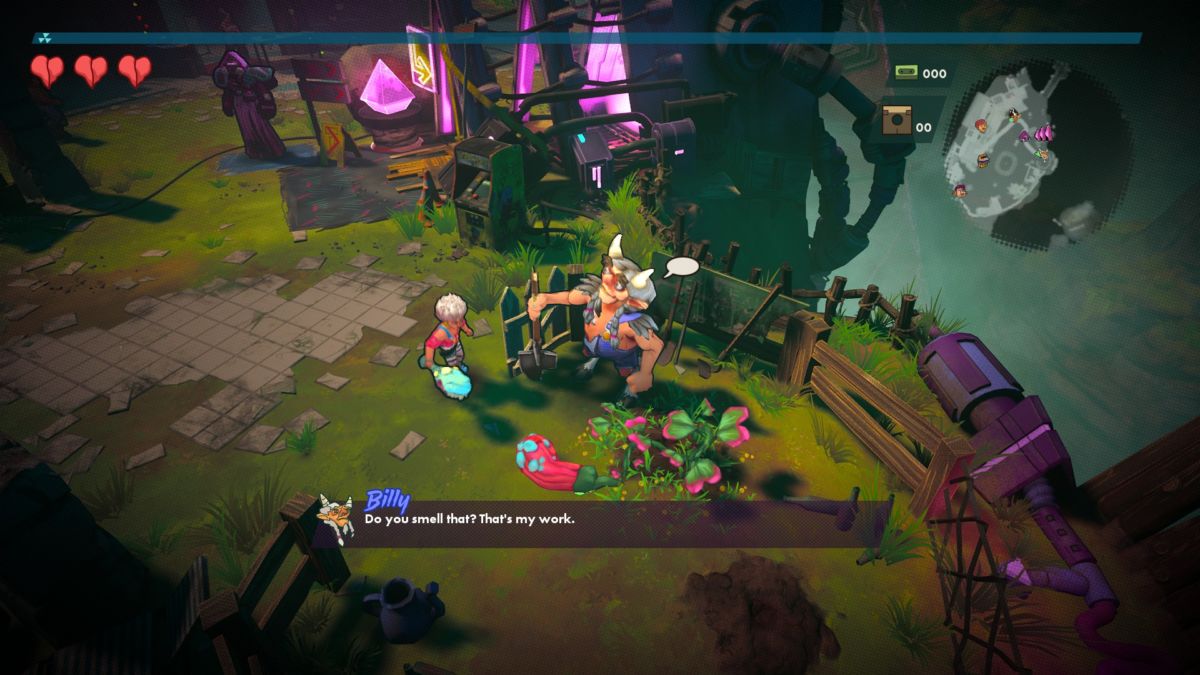 Staying in the hub, you can also find a weird goat dude by the name of Billy right next to the portal into the wasteland. He asks you for a drupe, which are fruits that give you health. They’re pretty common so make sure you save one and then bring it back to him. This will help Billy grow a small drupe patch, which you can come back to occasionally to nap a free bit of health. He also asks you for other, better items to expand his crop, so keep an eye out for them.

Explore every nook and cranny 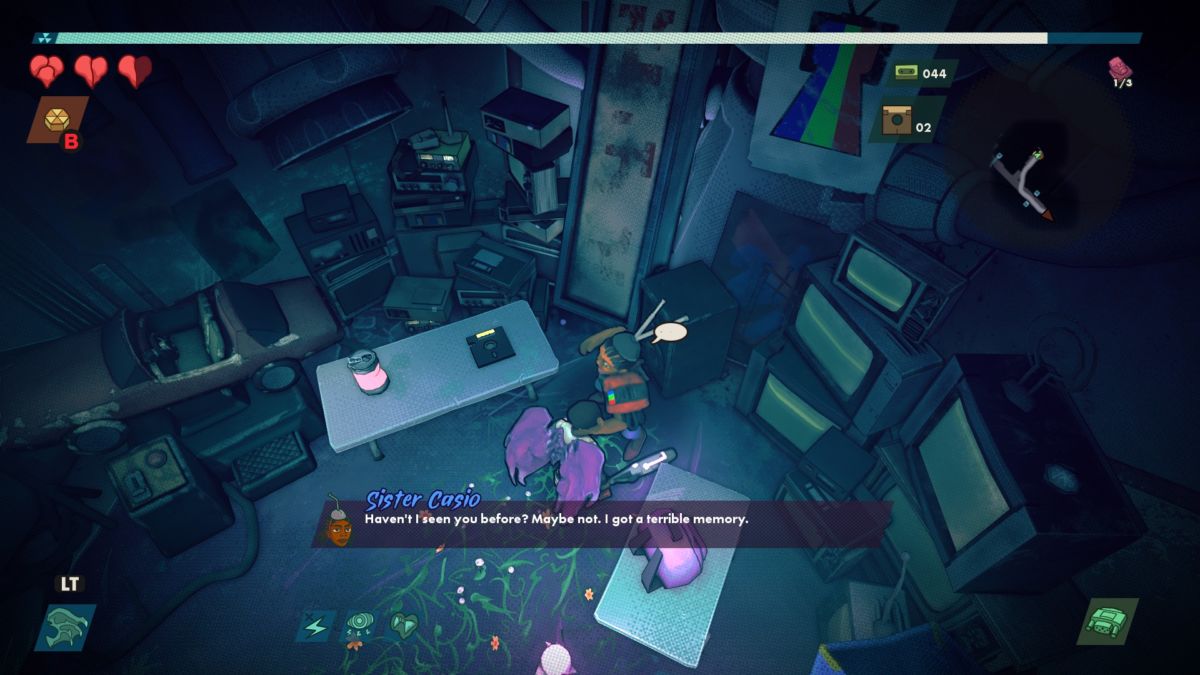 You’re going to want to explore every single inch of all the levels you possibly can in RAD, and not just so you can soak up a bit more of its delicious soundtrack. Properly venturing around a level may reveal secrets, such as caves and markers, that you might have missed. It’s vital that you squeeze out every single resource in RAD you can while you can — freebies become very rare later on. This might make each run pretty damn long, but it’s better than it being too short. For a quick tape: save your floppies for what looks like a manhole cover if you can; there’s some good stuff down in the bunker. 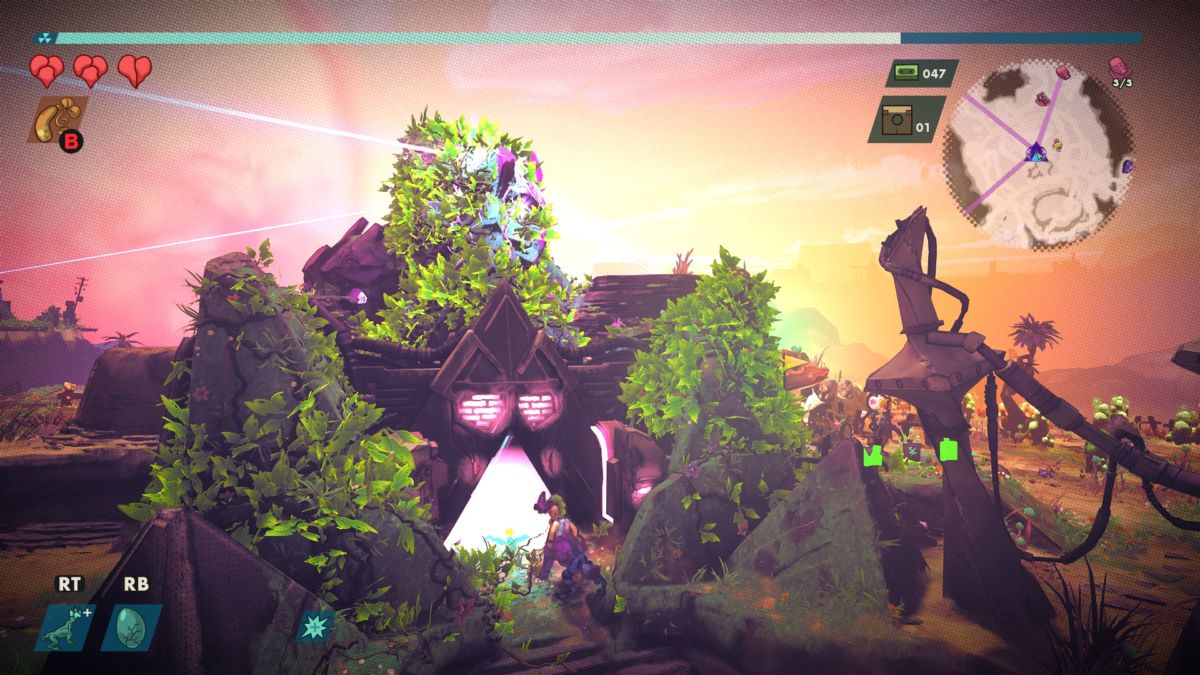 Again, this is going to be a pretty time consuming exercise, but it might pay dividends in the long run. Plenty of objects in RAD’s world are destructible and can often give you valuable resources, such as tapes and food for health, so you best get smashing. You can get a handy exo mutation that will highlight all of the hidden items, but unlocking this unfortunately down to purely RNG. 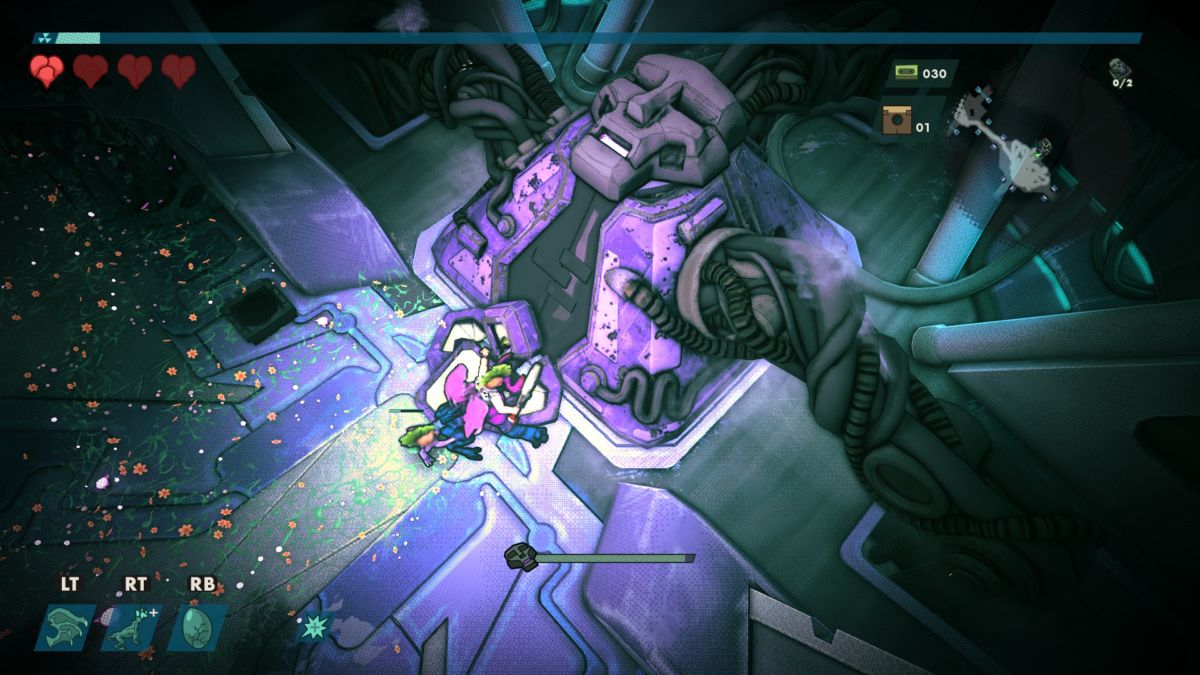 There are two different kinds of mutations in RAD.

Exo mutations: powerful mutations with button inputs that can only be unlocked by collecting radiation earned from defeating enemies and helping nature bloom again. Can also be upgraded.

Endo mutations: small mutations that can only be unlocked by visiting underground statues or purchasing them from vendors and cannot be directly used. Broken statues will give you debuffs, so look out for them.

Both endo and exo mutations can compliment each other really well, though it is entirely down to luck which ones you get.

From our RAD review:

With daily challenges and a tonne of modifiers to offer additional longevity, RAD might leave you mad, but it certainly isn’t bad. For my money, it could —and should —become one of 2019’s greatest sleeper hits.