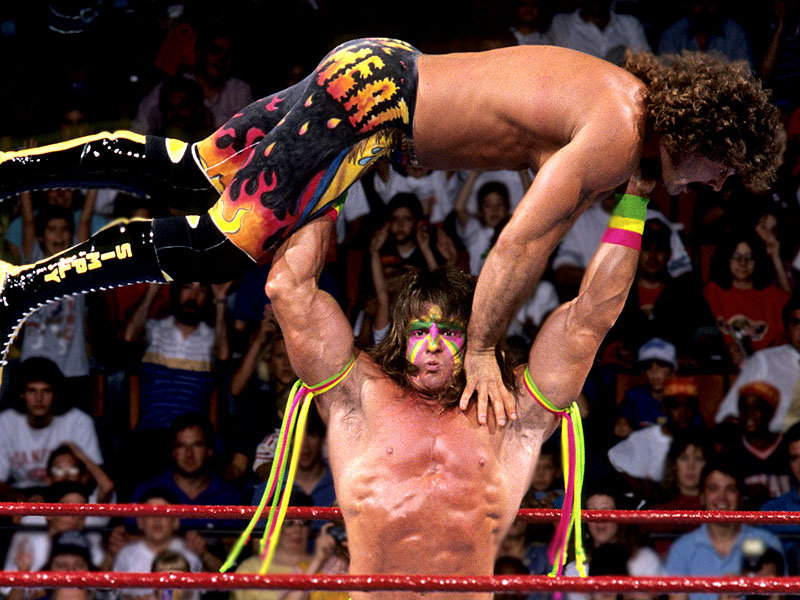 James Brian Hellwig is and will forever be a legend in the Wrestling world. Known for his neon make up and attire, vein poppingly intense promos and most of all his wrestling prowess, the man from ‘Parts Unknown’ was finally inducted as a member of the WWE Hall of Fame on April 5th 2014. Sadly Ultimate Warrior passed away in such an untimely way on Tuesday 8th April, with a cause of death yet to be determined.

Hellwig’s road to professional wrestling was much the same as many of the greats and his first destination was Bodybuilding. It was through this venture that he met his first tag team partner and future WCW legend, Sting, in the mid 80s when they made the transition from bodybuilding to wrestling for the Memphis Continental Wrestling Association and during this period Hellwig and Borden (Sting) really broke new ground in terms of Tag Team wrestling, becoming one of the first ‘heel’ partnerships, competing under the moniker ‘The Blade Runners’. On his way to WWF/E stardom he claimed a tag title and a heavyweight championship whilst wrestling for the Texas based WCCW.

It was in the late 1987 that Hellwig joined the then WWF and adopted ‘The Ultimate Warrior’ as his competitive name, after previously going by the slightly bemusing ‘Dingo Warrior’ moniker. He started at the WWF as he intended to go on and a great example for his career there can be seen in just his entrances alone. He would run full gun in to the ring and violently shake the ropes, jumping up and down like a deranged psycho killer. Anyone facing him would be thinking before they had even stepped in the ring “what’s the deal with this guy?”. He was always full on intesity and nothing less. It wasn’t long before he claimed his first major title, the Intercontinental belt, just a year after his ‘major league’ debut, pinning The Honky Tonk Man in under 30 seconds at Summerslam ’88. Fans young and old took to him straight away. His blonde ocean of 80s metal hair and striking neon face of neon paint made him instantly recognisable and needless to say he was a huge merchandising hit. In 1989 Hellwig reclaimed his Intercontinetal title then in 1990, with his title on the line as well as the WWF Championship, he defeated the hulking mass of yellow and red, Hulk Hogan.

This was the pinnacle of his career and he became the first ever wrestler to hold both the WWF Championship and Intercontinental title simultaneaously. The rest of his WWF career was rather sporadic, he left, he returned and he left again between 91-96 but in those years he faced some great rivals in the shape of Macho Man Randy Savage, The Undertaker, Jake ‘The Snake’ Roberts and Sgt. Slaughter. The Warrior then briefly had a stint with WCW in 1998, most notably creating a feud with the then huge stable, the NWO. The reception to these storylines were not great and within the year Hellwig had left the company, essentially ending his active pro wrestling career. He soon decided to use his ability to hold an audience as an occasional public speaker. James Hellwig had little to do with the WWE up until the start of this year due to a long standing (non-scripted may I add) feud with WWE owner, Vince McMahon.

Whatever differences they may have had must have been resolved somewhat because in the build up to Wrestlemania XXX it was announced that The Ultimate Warrior would be an inductee in the annual pre Wrestlemania hall of fame ceremony. After one of the best Wrestlemania’s in recent history, The Warrior made an appearance on Monday Night Raw the following evening, producing a rousing speech to a packed out arena, and what a response he received. Looking back at the speech is rather haunting right now as he mentions death and legacy. Who would have known that was some form of foreshadowing? 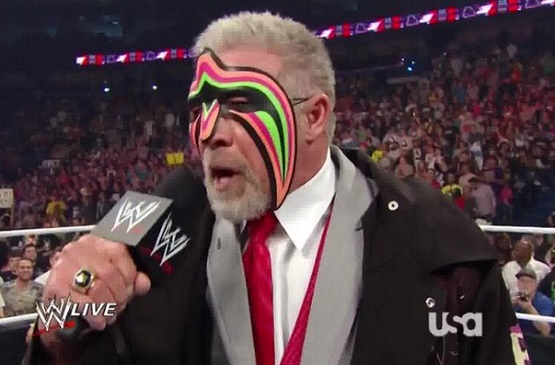 Unfortunately I never really witnessed The Ultimate Warrior in his prime as I only got in to wrestling in the mid to late 1990s but I had always been aware of him and his legacy within the industry in terms of promos and attire but I think it can also get lost in translation just how good a wrestler he was. I urge you to watch videos of him in his pomp and you will soon realise that he really was a ‘Big Time’ competitor and that his induction in to the Hall of Fame was criminally overdue. I sincerely hope you loaded the spaceship with enough rocket fuel to get to wherever it is you are bound. Sleep easy big guy.