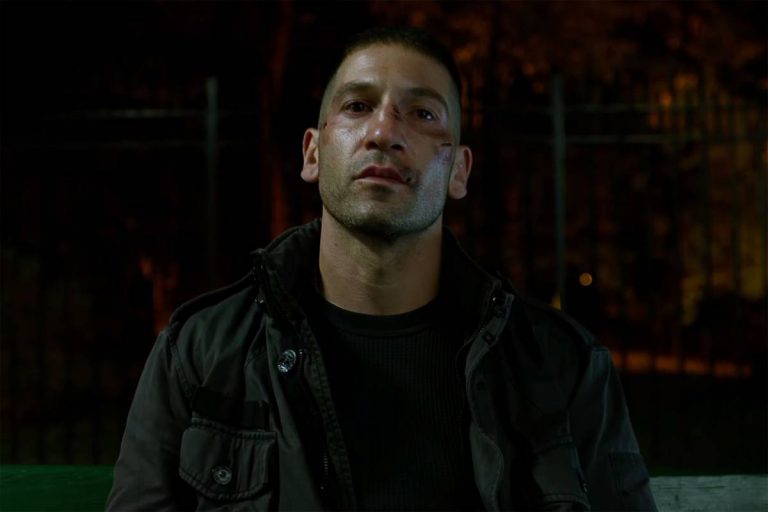 In news that will surprise precisely no one, Marvel and Netflix have officially pulled the trigger on a Punisher spin-off series. The character, portrayed by The Walking Dead‘s Jon Bernthal, was well received by critics and fans alike in the recent second season of Daredevil.

In typical Marvel style the announcement came in the form of a cryptic viral video the same week their latest movie, Captain America: Civil War, hits theatres. We should really get these guys to start teaching film promotion to the rest of Hollywood. This would presumably clash with Disney’s plans to take over the world though – so don’t expect it any time soon.

The Punisher, a.k.a Frank Castle, is a ruthlessly efficient, gun wielding vigilante out to avenge his murdered family. As of the end of Daredevil season two Castle is on the run from the police, wanted for so many crimes listing them all would take multiple paragraphs. Still, he is an anti-hero, so he did show up for Daredevil’s final battle to give him a quick assist. Where is he now though?

The man with the answers is probably Steve Lightfoot (Hannibal), the British writer who has been handed the reigns as showrunner. It sounds like Lightfoot is on board with Jon Bernthal’s fan-winning performance too.

Speaking about the new series, he said: “After watching Jon’s performance in Marvel’s Daredevil I could not be more excited to be working with him to further develop and progress the story of this anti-hero in a show of his own.”

Naturally both Marvel and Netflix are remaining tight lipped about when the series will arrive, but don’t expect it before crossover miniseries The Defenders.