Why Pulp Fiction Is The Best Movie Of The 1990s 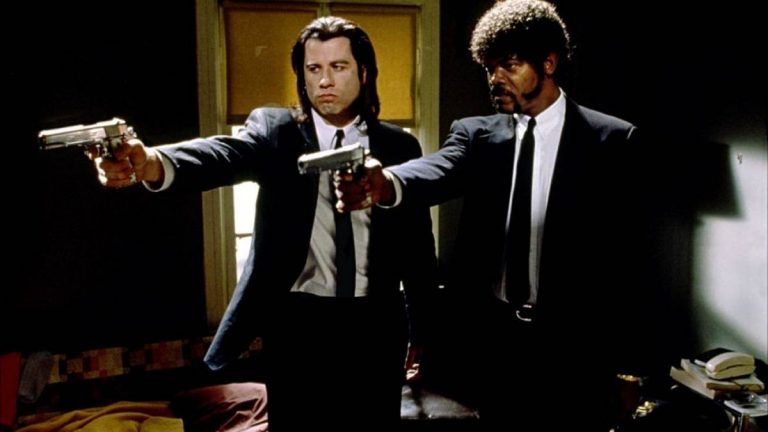 This is the second in a series of ‘best movie of a decade’ pieces I’ll be writing and as the first focused on the 2000’s and the list will be in reverse-chronological order, I’m now doing the 1990’s.

Arguably the best decade in film history, there are many, many movies to choose from, but ultimately I chose Pulp Fiction and as stated in my 2000’s piece, I don’t expect everyone to agree, this is just my opinion. Although I gave two honourable mentions for my ‘Best of the 2000’s’ piece, from here on I won’t be doing them as I think it’s impossible to draw the line without leaving out films worthy of being mentioned. Of course we all know what movies were among the best of the decade, though this piece is just focussing on the one I feel is the best of the bunch.

These lists are based on a number of variables from box office figures to technical ability, be it sound design, direction, screenplay and acting as well as how the film affected cinema, how it affected me personally, and how iconic it is to both general audiences and film fanatics, how rewatchable and more.

The first thing that comes to mind when thinking about Pulp Fiction is Quentin Tarantino’s Academy Award-winning screenplay. The screenplay was one of the first in history to do so many things in a mainstream way. It was the first time that characters had really been known to have dialogue that neither fleshed out their character nor progressed the plot forward, and not only that, but instead of being boring which it so easily could’ve been, these scenes gave us some of the most quotable lines not only from Pulp Fiction but from film history. Be honest, when you hear ‘Royale with cheese’, you hear it in Jules Winnfield’s voice and you think of Pulp Fiction. It was also one of the first screenplays to find success on such a large scale when it came to telling a story that was non-linear.

This was the movie that really gave us Samuel L Jackson. Sure he’d been in Jurassic Park among other things by then, but this was his time to shine, and shine he did. This performance really put Jackson on the map, and not only that, but it also started a long-standing relationship between Jackson and Tarantino. Jackson would later go on to star in other Tarantino movies such as Jackie Brown, Django Unchained and The Hateful Eight, as well as being either voiceover or having cameos in others.

Pulp Fiction also told us Quentin Tarantino was here to stay. Coming straight off the success of Reservoir Dogs, Pulp Fiction was proof that his first feature wasn’t just a fluke, and that he was one of the best and most creative minds in film. Tarantino’s career took off and he went on to become one of the biggest names in the film industry.

The film also brought back John Travolta, in what was to be the first of many quirky-yet-effective casting choices from Tarantino. Travolta had become a bit of a laughing stock in the industry and the studio didn’t even want to cast him when QT first suggested it, but we’re all glad they did now. Travolta did a U-turn on his usual musical numbers and showed us he has serious dramatic chops.

It shocked us and made us question our own morals by making violence funny, and presented us with a film whereby the soundtrack was just as important, just as memorable and just as cool as any other element. It even challenged the audience’s patience by keeping things from us, such as the contents of the briefcase, which still to this day sparks theories and debates in pub film conversations and video essays.

Pulp Fiction is probably the most quoted movie in existence. And not just one line, but a whole plethora of monologues and conversations. The long and powerful ‘Ezekiel 25:17’ speech is oh-so memorable, but so is what’s written on the front of Winnfield’s wallet, as is the burger conversation and the ‘Say ‘what’ again’. Many more scenes and quotes come to mind, too many to list, and as well as the quotes, specific moments stand out as some of the most iconic in history. From Mia and Vincent doing the twist to Christopher Walken’s speech about the gold watch, to smaller moment’s such as Butch’s ‘Zed’s dead, baby. Zed’s dead.’.

There’s a reason that Quentin Tarantino is the favourite director of just about every film student or anyone first getting into film (I’ve been a film student, and this was abundantly the case), and there’s a reason that Pulp Fiction is the best movie he’s ever made and the best he ever will make. The iconic characters, the funny-yet-violent feel of the world he created, the dialogue and quotable speeches, the non-linear narrative and trying to piece it all together in your head afterwards like a jigsaw, the soundtrack, the poster, the outstanding ensemble cast (Bruce Willis, Samuel L Jackson, Harvel Keitel, Tim Roth, Ving Rhames, John Travolta, Uma Thurman, Christopher Walken). It’s a film that makes people re-examine what they thought they knew about films, and presents them with something they’ve never quite seen before.

In a year where we saw the release of The Shawshank Redemption, Forrest Gump, The Lion King and Leon: The Professional, it takes an astoundingly good movie to be the best of the bunch, and for me, Pulp Fiction is. Something I talk about in my ‘Best Movie of the 2000’s’ piece in regards to the measure of a good movie is the rewatchability factor, and Pulp Fiction is known for its rewatchability. It’s profound yet somehow feel-good, it’s full of iconic scenes and characters that you can’t wait to spend time with again, and the narrative structure is so different that it takes a few views just to really grasp at what point everything happens in relation to one another. This is something that other movies do too, however usually this is pitted as a flaw against them, whereas with Pulp Fiction, you don’t come away from it after the first watch feeling like you didn’t understand it, it simply serves as a bonus upon extra viewings when you do figure out the chronology of it all.

It’s difficult to measure popular culture and what exactly qualifies, but generally speaking, Pulp Fiction is one of if not the movie most often cited by movie-lovers, and it’s also the type of movie that often changes the way people see films and gets them interested in the medium in the first place. Certain films that were released in the 90’s may be better directed or have better performances, but in terms of how much Pulp Fiction sent shockwaves through cinema, it has to take the top spot. Even the poster itself is one of the most instantly-recognizable posters out there. It’s in every poster rack at every store and is on the bedroom wall of many a film fan. Everyone’s heard of it, almost everyone’s seen it (probably multiple times), and everyone who hasn’t probably still knows quotes and scenes from it.

It made $213.9 million worldwide rendering it one of the highest-grossing independent films to ever be made. It helped Tarantino to create his own now-defined genre of dialogue-heavy scenes, non-linear narratives, violence and dark humour, and inspired many, many rip off versions for years afterwards. Pulp Fiction, to me, is the best and most iconic movie of the 1990’s.