Possum (2018) REVIEW – A Satisfying, If Challenging, Tale Of Trauma 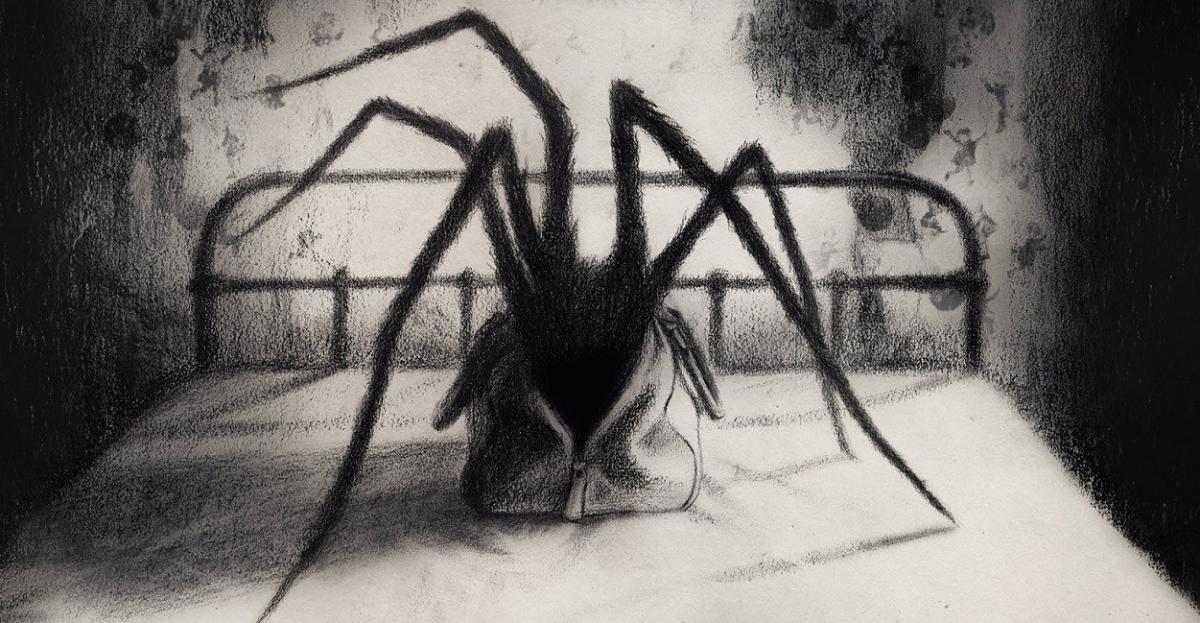 Sean Harris is now starting to receive the recognition his talent deserves. After a forgettable role in Ridley Scott’s Prometheus was followed by a BAFTA-winning turn in the mini-series Southcliffe and a strong supporting performance in the underrated ’71, Harris finally caught mainstream attention as Solomon Lane, the first recurring villain in the Mission: Impossible franchise. As Lane, Harris delivered the franchise’s strongest antagonist since the incomparable Philip Seymour Hoffman’s Owen Davian in M:I III. Should there still be any doubt about his talent, however, his starring role in Matthew Holness’ psychological horror Possum should wash it all away.

In Possum, Harris plays a disgraced puppeteer named Philip, who, after a performance one character labels a “scandal”, is forced to go back to his childhood home. There, he is reunited with his nasty stepfather Maurice (Alun Armstrong), who seems to sit around waiting to taunt him all day in a kitchen opposite a room Philip refuses to enter. Philip carries with him the eponymous puppet, a large spider with a white human face, styled to look like Harris’ own, in a large leather duffel bag. We follow his attempts at disposing the vile thing, eerily described by Maurice as killing it, as Philip wrestles with the scars of his past.

Possum is not an easy film to follow. As it develops, the film stretches its disjointed narrative which refuses to let its audience settle. It’s constantly keeping us guessing whether what we’re being shown is real, or merely a dream, or if events we’re witnessing are actually happening, or simply the imaginings of a fractured psyche. At the core of the film’s heart, though, is a man coping with severe childhood trauma, who’s about to come face to face with secrets that have haunted him his entire life.

Harris is superb in this. He’s completely on the level with the screenplay and threw himself into the role with a mesmerizing and polarized performance. Philip comes across as timid and frightened, yet at the same time unnerving, almost malicious. His body language is unsettling, with a slight hunch and his arms limp in front of him when he’s not carrying his baggage. Harris brings a childlike vulnerability to Philip that’s almost endearing, creating a sympathetic character even when we’re led to believe that he may have done something horrible.

If you’re familiar with Holness’ name from his work in television, and if you’re expecting comedy similar to his work in Garth Marenghi’s Darkplace, then you’d be disappointed. Possum is as bleak as they come, tackling themes such as grief and child abuse. There is no moment of levity to distract from the unrelenting dread. The film’s setting – the filthy, dilapidated house; the dark woods; the vast, lifeless marshes – along with a chilling score by the Radiophonic Workshop and Kit Fraser’s gloomy yet arresting cinematography create the grim world that Philip’s broken soul resides in.

Although we don’t get to see the titular puppet in all its glory for a little while, it is terrifying, as you’d normally expect with giant spiders with blank white human faces. But more to the point, it’s the perfect representation of the darkness Philip tries to hide deep beneath the surface, something born out of his repression of grief and trauma. The pain he suffers sticks with him and grows stronger the more he tries to get rid of it. As much as he’d like to think he’s killed it, it doesn’t die. It simply plays dead, as possums are wont to do.