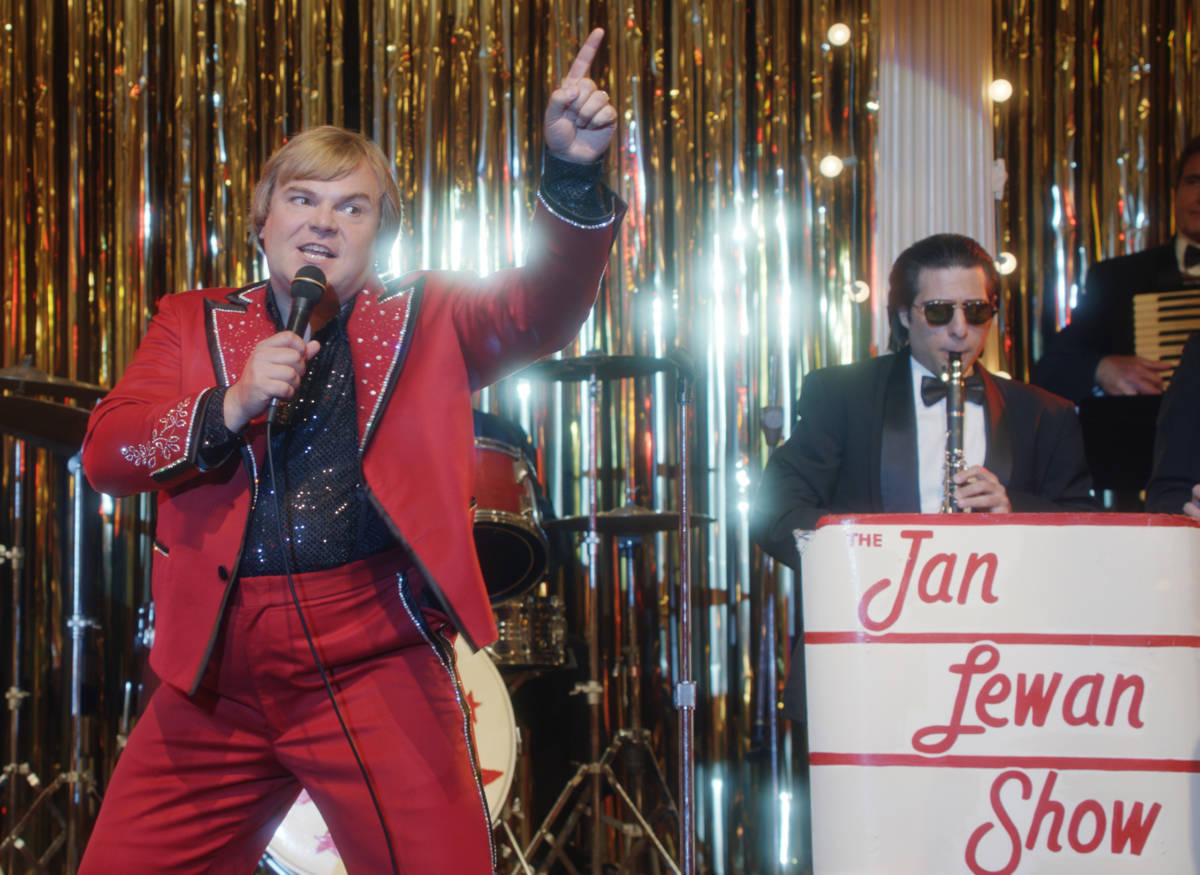 Jack Black is back in this Netflix exclusive film about infamous Polka singer Jan Lewan. One entire year after the movie’s premiere at the 2017 Sundance Film Festival, we can finally see it, but how does it deliver?

Employing both drama and comedy without becoming lost in either, The Polka King depicts one of the most famous examples of a “classic Ponzi scheme,” ridiculous enough to be engaging but grounded enough to be realistic.

Director Maya Forbes (of 2014’s Infinitely Polar Bear) and writer Wallace Wolodarsky (of A Dog’s Purpose, Diary of a Wimpy Kid: Dog Days and Trolls) helm this retrospective on Jan Lewan’s escapades, and despite the potential for embarrassing moments, the film takes itself seriously enough to be weighty and genuine when it needs to.

For those that do not know, Jan Lewan is a Polish-American songwriter and polka band leader that participated in one of the more famous instances of defrauding, himself having a life filled with kooky happenstance.

Jack Black’s lead performance could make or break your experience, though, as he adopts a “Polish” accent for the entirety of the film. While it doesn’t grate the ears, the accent definitely sounds made up and hyperbolized, purely for the sake of painting Lewan as even more of a foreign eccentric. In a way, this actually contrasts well with the constant “American” pandering that Lewan uses in the story, showing that in his search for the American Dream, he will always stand out as an outsider.

The moral dynamic between Lewan and the Law is a very organic one, mostly due to the fact that despite the illegality of Lewan’s actions, the film shows that he is just as wholesome and generous as he claims, offering to pay for workers’ medical procedures, taking them in trips to Europe, and even paying back his investors in full (in the beginning). At the end of the day, Lewan had good intentions, even if he failed to understand how the adult world functions. It makes one feel sorry for all the effort and suffering he goes through to maintain his “Polka Empire.”

Through white lies, finger pointing and careless abandon, though, Lewan throws dollar after dollar into the pot, spiraling downwards into an inescapable black hole of ignorant crime without even realizing what he’s done. The funny thing is that his investments aren’t the ones that spark the meltdown. It was, instead, Lewan himself bribing the judges of the Pennsylvania Beauty Pageant to choose his wife and getting caught that caused all his investors to pull out and begin to raise alarms all over the legal departments.

He inadvertently disintegrates his social circle and ends up landing in jail for 5 years after being caught in a total scandal. He goes as far as getting stabbed in the neck by his jail roommate before getting out of his mistake. The film still manages to end on a positive note, as Jan, a regretful Mickey Pizzazz, and Jan’s own son David Lewan pick him up and prepare for God’s given second chance. Jan Lewan himself is safe and sound and even appeared in the film’s premiere in the 2017 Sundance Film Festival.

The movie employs various filmmaking techniques throughout, from traditional shot/reverse shot to commercial parodies, to low-budget documentary. This adds an extra degree of visual detail that really enhances the setting of the story.

If the film has any issues, it would be the pacing, as it slogs through a relatively quick 95 minutes without tension, never changing the speed or intensity of the actual story to carry the punchier emotional moments. The story mostly centers around Jan’s increasing failures as a businessman before culminating in a blaze of chaos, and it goes about as unambiguously as you can imagine. If you’re looking for an easily understandable and sage biographical film, this one feels raw enough to be entertaining for its runtime.

Ultimately, The Polka King balances between silly and straightforward, accurately capturing the causal weirdness of real life, and all the insane stories that occur in it. It can be slow, but it is certainly above mediocre in terms of presentation.

Verdict
The Polka King tells the story of a different kind of crime, one fueled by goodness and blissful ignorance. While it’s often lulling, the strength of the peculiar characters that carry the plot is enough to make every wrong decision they take seem engaging, and it’s easily digestible enough to warrant a quick viewing.
6.5
Cultured Vultures is a pop culture website established in 2013 covering all things gaming, movies, and more. We eat your words.
All The News On The Biggest Games