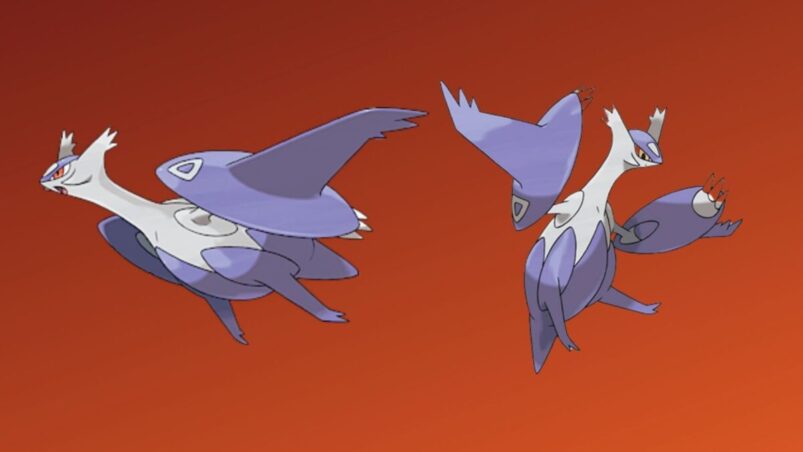 Raid bosses in Pokémon GO have always varied in difficulty, and players often strive to find the fastest win time or the fewest number of battlers. The introduction of Mega Latios and Mega Latias sees the highest CP Raid boss that any player will have ever battled, and you’ll need not only a decent group of players to take them down, but also a strong and optimised Raid team. This Pokémon GO Raid guide will talk you through the best counters and moves that you’ll need to beat Mega Latios and Mega Latias.

Both Mega Latios and Mega Latias will be available to battle in raids until May 10th, 2022 at 10am local time. These will appear as a Tier 6 Mega Raid Egg on a gym, indicating it’s one of the most powerful Pokémon that you can encounter. Both Mega Latios and Mega Latias have over 80,000 CP, so you need to make sure that you have teams set up for both and do not go in with the in-game recommended team. It’s also worth noting that both Latias and Latios can be encountered shiny at the catch screen if you’re lucky.

Latias is the female half of the duo, and comes in with a substantial CP of 80545 when you come to face it in a raid battle. Being dual Dragon and Psychic type means that it comes with a fair share of weaknesses, but the moves mean it’ll be doing a good amount of damage back. When you battle Mega Latias, it can have the following moves:

As you can see, Mega Latias has good coverage in terms of its moveset, and if you are battling against one which has Outrage, you will see that it hits really hard. Your best bets in terms of counters are strong Ghost or Dragon types, and if you can manage to get a Mega Pokémon on your own team, the odds will definitely lean in your favour. Here’s some of the top counters you’ll be aiming to have against Mega Latias:

The more people you can get in your raid team with these, and similar counters, the more likely you are to take down Mega Latias. You will most likely need at least 5 players to take it down, and this is assuming that everyone has optimum counters powered up. If you are struggling for any of the above counters, look at Dark, Ice or Fairy types that can deal good damage, such as Mega Absol, Mega Houndoom and Darkrai.

Latios is the male half of the duo, and comes in with an even higher CP that its female counterpart, with 84,000. Once again, Latios is Dragon and Psychic type, so is burdened with the same weaknesses as Latias. The strategy to take it down is slightly different though, due to the varying moveset. When you battle Mega Latios, it can have the following moves:

Although Mega Latios doesn’t have the hard hitting Outrage like Latias, its Attack stat is significantly higher, meaning that all of its move will do a chunk of damage to any of your Pokémon. You’ll still want to invest in some decent Ghost and Dragon counters for Mega Latios, but due to it not having an Electric charged moves, you can have some dual Dragon/Flying types as well. Here’s some of the counters you’ll be looking to have:

As mentioned previously, Dark, Ice and Fairy types will be your other backups here, and you’ll be looking at Pokémon like Zacian, Mamoswine and Hydreigon to help you deal some damage. Again, you’ll probably want to have a group of 5 players at the minimum to have a good chance of taking down Mega Latios.

Whichever Mega Pokémon you choose to take on in battle, you’ll want to have the right counters by your side in order to have a chance of being victorious. Make sure to have your teams pre-picked and saved in the Battle section of the game, as this will make for easy choosing on the Raid screen, as well as quick reviving mid battle should all your team faint.

Pokémon GO is available now on Android and iOS.

READ NEXT: Pokémon GO Fest 2022: Date, Time, Tickets & What You Should Know