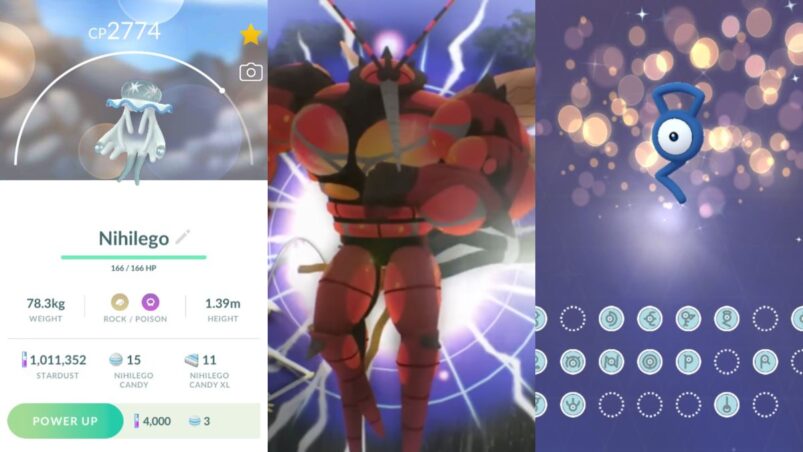 With the in-person GO Fest events gearing up for next month in Pokémon GO, Niantic have announced some more details regarding featured Pokémon and bonuses. Everything mentioned in this article is only accessible to you if you’re physically present at one of the GO Fest locations during the event hours, in either Berlin, Seattle or Sapporo.

The GO Fest in-person events are as follows:

There is also a confirmed GO Fest finale global event scheduled for 27th August, 2022 and we’ll be able to bring you more details about that soon.

The Ultra Beast Nihilego was recently released in Pokémon GO, and the GO Fest in-person events are introducing three new Ultra Beasts to the game. Pheromosa in Berlin, Buzzwole in Seattle and Xuriktree in Sapporo will be encounterable upon completing the Special Research for the corresponding event. These will later be released to the rest of the world, but being at one of the events means early access to these Pokémon.

Also being introduced to the game are Beast Balls, which are a special type of ball used in the Pokémon world to help catch an Ultra Beast. These will presumably have a similar function in Pokémon GO, but Niantic are yet to announce how these will be found or used.

The following bonuses will be live during the event hours listed above for players attending in-person:

These bonuses are also available to players attending in-person during the park experience for Seattle and Sapporo, and all day for Berlin:

– Four additional special trades can be made, meaning six in total
– Trades will require less stardust
– Four Collection Challenges will be available to complete

Finally, these bonuses will be available to in-person players during the city experience for Seattle and Sapporo, and all day for Berlin:

Pokémon GO is available on iOS and Android.