Big oof if ya miss this dude. 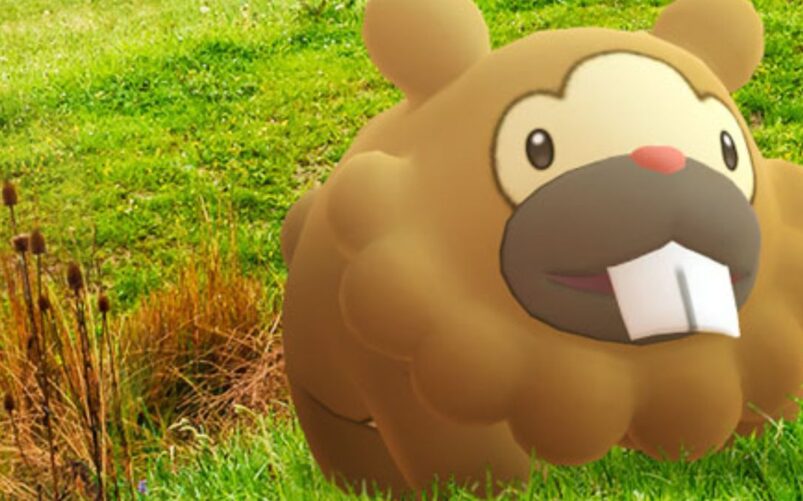 Legendary Pokémon are often the feature of new events announced by Niantic. Well, this time they’ve decided to leave the legendaries to one side, and give a more unsung hero the limelight for the next Pokémon GO event. Aptly titled Bidoof Breakout, Bidoof will be appearing in the wild, raids, Field Research encounters, and anywhere else that’s possible to find a Pokémon. Here’s everything you need to know for this Bidoof takeover.

The Bidoof Breakout event begins on June 25th, at 10am local time, and runs until July 1st 8pm local time. During these hours, you’ll be encountering Bidoof everywhere you look.

Where To Find Bidoof

Bidoof will be appearing in the wild, raids, Field Research encounters and snapshots. As an added bonus for this event, Bidoof will be able to be encountered in its shiny form, which is a slightly lighter shade of brown. As the event goes on, more Bidoof will appear in the wild, so if you don’t get a shiny early on then don’t lose hope.

Team Rocket balloons will also have a good chance of featuring Shadow Bidoof as their catchable Pokémon, in case you didn’t have enough Bidoof encounters already.

On certain days of the event, plain old Bidoof will be encounterable with special moves.

On 1st July from 10am to 8pm local time, you can use a regular Charged TM to give Bidoof any of these moves you may have missed out on, and an Elite Charged TM can be used after the event to do the same.

If you evolve any Bidoof into Bibarel during the event, it will know Hyper Beam.

If you aren’t the biggest Bidoof fan, there’s still a bonus during this event for you. Across different days, the Catch XP you earn for simply catching any Pokémon will be increased.

This will be a great event to earn some extra XP, especially if you are working your way up the levels to Level 40, or the recent increase to Level 50, so get out there and catch everything you can.

Pokémon GO is a free to play downloadable mobile game for iOS and Android. Grab your friends as you battle, catch and trade Pokémon in the real world. Work together to defeat powerful Pokémon in raid battles, braving the outside or from the comfort of your sofa.