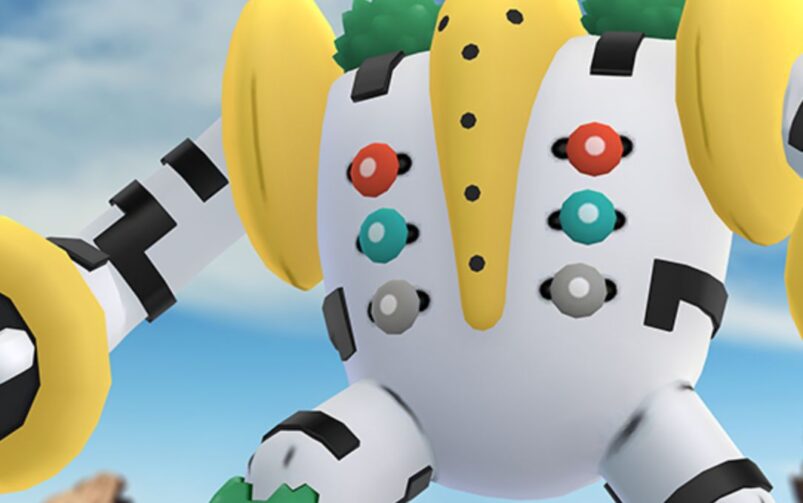 As the Regirock, Regice and Registeel raids come to an end in Pokémon GO, it’s time for the previously hinted at surprise Pokémon to make an appearance in raids. Maybe unsurprisingly to some, the featured Pokémon is none other than Regigigas, the colossal Pokémon. Accompanying its appearance is a special solstice event, with special spawns depending on whether you’re in the Northern or Southern hemisphere, so here’s everything you need to know.

The solstice event begins on June 17th, at 10am local time, and runs until June 20th at 8pm local time. During these short event times, there will be specific spawns and raid bosses, depending on your region, and special event based Field Research tasks for you to complete.

Having previously only been obtainable through the currently non existent ex raids and one purchasable event, this will probably be the first chance to encounter Regigigas for many Pokémon GO players. As an added bonus as well, Regigigas can be encountered in its shiny form for the first time, meaning double the reason to get out and raid for it.

Appearing in five star raids means you’ll need a good group of you to take down Regigigas, and don’t forget to bring along your strongest Fighting types; Conkeldurr, Lucario and Machamp are all good choices. Regigigas will be appearing in raids from June 17th, 10am local time, and staying until July 1st 10am local time, so there’s plenty of chances to take it on.

Some of the Pokémon featuring in this event will appear no matter which region you are in. Solrock and Lunatone, both of which can be encountered shiny, will be available both in the wild and in raids.

Once this event has ended, Lunatune will be in the Eastern hemisphere only, and Solrock in the Western. Also appearing in the wild for all regions are Spheal and Snorlax, the latter of which can be shiny, and Klink will be in raids too, with the chance to catch its previously released shiny form. Other wild spawns and features raid Pokémon will also be appearing, but Niantic haven’t revealed those to us yet.

If you are in the Northern hemisphere, which includes all of Europe and North America, as well as China, India and other countries, the featured wild spawns are Yanma and Chimchar, both of which can be shiny, and the summer version of Deerling, which is green in colour. The featured raid Pokémon are Petilil, Alolan Marowak, which can be shiny, and Yanma, which are previously mentioned can be shiny as well. There will also be event exclusive Field Research tasks to give you even more chances to encounter a shiny Yanma.

If you’re in the Southern hemisphere, which includes most of South America, as well as Australia and parts of Asia and Africa, the featured wild spawns are Snorunt and Snover, both of which can be shiny, as well as the winter version of Deerling, which is a brown colour. The featured raid Pokémon are Snorunt and Lapras, both of which can be encountered shiny, and Piloswine. The event exclusive Field Research tasks which give you Snorunt encounters, which means more chances to get the shiny.

As an extra bonus for everyone during the event, your Buddy Pokémon will bring you extra items, including Pokéballs, more frequently, and the walking distance in order to earn hearts will be halved to 1km, instead of the usual 2km, so this is a great time to work your way to Best Friends with your Buddy.

Pokémon GO is a downloadable mobile game for iOS and Android, which gives you the chance to catch Pokémon in the real world. Grab your friends, then battle and trade your way to a complete Pokédex and become a Pokémon master.