Falcon and Crossbones in the same movie? It's a Marvel field day. 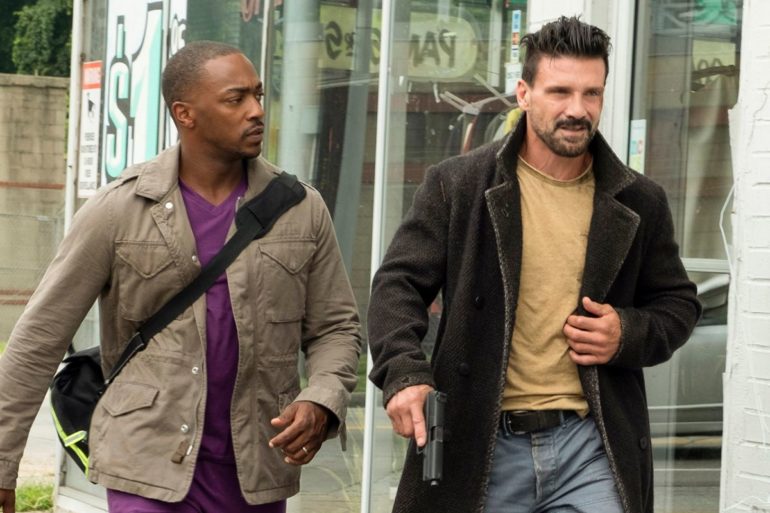 When Paul (Anthony Mackie), an emergency room nurse, learns that his pregnant wife has been abducted, he is forced to team up with Abe (Frank Grillo), a wounded murder suspect in order to rescue her. The premise is not the most original of concepts when compared to other action thrillers of this ilk, but the interplay between these two characters who are clearly worlds apart is intriguing to say the least.

Point Blank throws us straight into the action, where in the opening moments we get Abe jumping through a window and running down a road, being pursued by two dangerous looking gunmen. It is an exciting and gripping way to start a film and is shot well with slick camera angles, underscored by a catchy song. Naturally, after this initial action-packed opening, the film slows down a bit in order to introduce the characters and set up the story.

Anthony Mackie is great in his performance as Paul and it is nice to see him play a character that is a bit more down to earth and relatable. This was previously showcased in the Black Mirror episode Striking Vipers and seeing Mackie able to play an average Joe, as well as heroes and bodybuilders, is refreshing. Starring alongside Mackie is Frank Grillo, playing the grouchy, tough talking and volatile Abe. His performance is entertaining and amusing, however, it does feel like he is a bit too much of a caricature and therefore lacking depth as a character.

Having said that, the dynamic between Mackie and Grillo is really the centrepiece of Point Blank. Their differences in personalities and moral standpoints allows for some humorous exchanges and situations. In these moments, Point Blank resembles some of the classic buddy cop films, such as Lethal Weapon and Rush Hour. Unfortunately, there is far too much reliance on the two central performances to carry the story forward and as a result, the supporting characters (and the actors who play them) get overlooked and feel underused.

The issues with Point Blank are manyfold. This isn’t to say there aren’t interesting elements and styles to be found, but none of it seems to gel together effectively and ends up being somewhat flat and underwhelming. The tone of the film is probably the biggest issue. In both the trailer and the opening fifteen minutes of the film, it comes across as an action-packed, gritty and tense revenge thriller. The abduction of Paul’s wife Taryn (Teyonah Parris) is intense, shocking and upsetting, allowing the audience to feel the sense of panic and fear Paul experiences at the start of the film.

However, that tone is not maintained and instead the film employs a number of styles as it moves along. The sections where Paul and Abe are on the run from the police or encountering hired thugs are accompanied by funky 70s/80s songs and while entertaining, it does clash quite noticeably with the interspersed abduction scenes.

This is a shame because particular sequences have a slick rhythm and feel to them. The hospital scene with Paul packing his kit and the scene where Abe is fighting in the car wash are key examples of this. The camerawork is fluid and the accompanying music is catchy and well incorporated. Unfortunately, these scenes just seem totally out of place when put alongside the more serious portions of the film.

Character development is another aspect that is seriously lacking in Point Blank. The synergy between Paul and Abe is enjoyable, but never goes any deeper than that. There are flickers of more beneath the surface, particularly towards the end of the film, but never enough to show real growth between the two protagonists. Abe’s relationship with his brother Mateo (Christian Cooke) isn’t touched on nearly enough, which is quite disappointing. Admittedly, there is one particular scene that illustrates the tight bond and affection between the two brothers, but it is the only instance and therefore you never feel truly invested in their relationship.

Many of the problems present in Point Blank are down to the fact that the film is simply too short. Running just under an hour and a half, there isn’t enough time given to the various elements that need growth and development. The twist unfolds way too quickly and doesn’t hold much impact, because there is hardly any build up to its reveal.

The conclusion in particular feels rushed, which is a big mistake, as when all the various narrative strands join together during the climax, the film suddenly feels like it has reached the end. It reminds me a bit of the latest iteration of Fantastic Four, where the film seemed to end just as it was reaching its final act.

Worst of all is Point Blank’s script with some truly cringe worthy dialogue and overuse of the F word. Essentially, it boils down to the simple fact that if you remove many of the swear words, it would literally make no difference. If anything it would improve the quality of writing, which is saying something. 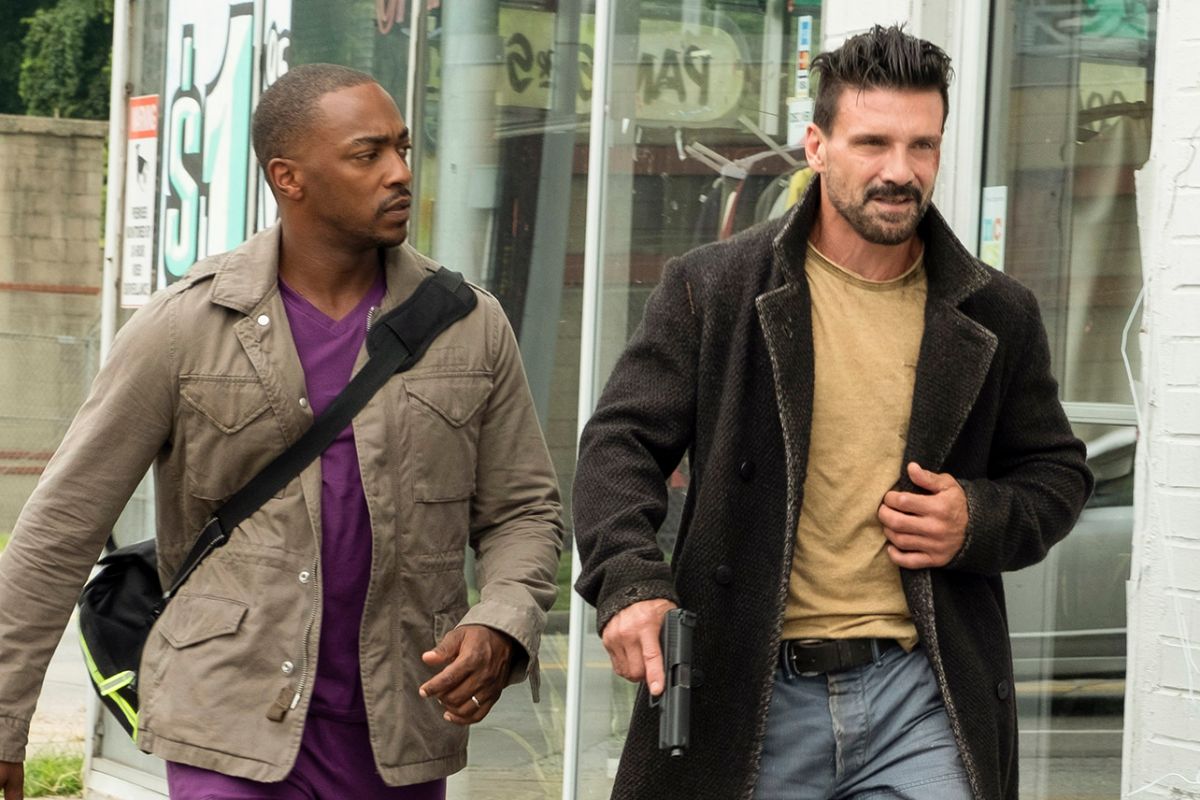 Verdict
Point Blank is a forgettable action thriller. Anthony Mackie and Frank Grillo have a solid dynamic throughout, but a weak script and undefined tone leave for a messy end result.
5
Cultured Vultures is a pop culture website established in 2013 covering all things gaming, movies, and more. We eat your words.
All The News On The Biggest Games