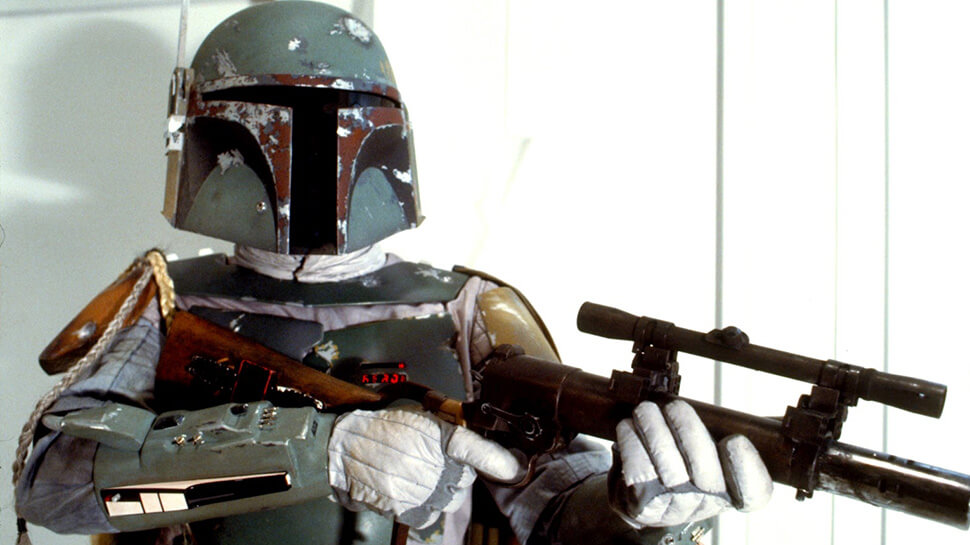 Daniel Keys Moran, the author of the short story The Last One Standing: The Tale of Boba Fett from the anthology Tales of the Bounty Hunters, has revealed that an employee from Disney has emailed him multiple times over the past several years regarding the story being turned into a film. He went on to clarify that Disney were not asking for permission, as they already own the story, but were rather just letting him know that they were thinking about it. But after Solo crashed and burned at the box office, it’s now unclear if the Boba Fett movie, or any of the other Star Wars Anthology films, will even go ahead.

The Last One Standing: The Tale of Boba Fett is highly rated among Star Wars fans, and takes place after Return of the Jedi, with an aging Fett hunting down the Devaronian war criminal Kardue’sai’Malloc, the dude with the horns from the cantina scene in the first Star Wars film. The story ends (spoiler) on a cliffhanger, with Fett encountering his old nemesis Han Solo, with each man pointing their gun at the other. If Lucasfilm do decide to use elements from the story in their planned movie, it would make Boba Fett the first Star Wars film to take place in-between Return of the Jedi and The Force Awakens, at a time when the New Republic is working to restore peace and democracy to the galaxy.

It’s worth noting that at this point, it has not been officially confirmed if Boba Fett survived falling into the Great Pit of Carkoon and being devoured by the Sarlacc in canon. While he definitely survived in Legends (at the cost of a leg), the closest indication that he made it out in canon was that the Aftermath novel says that Jawas on Tatooine were in possession of a complete set of Mandalorian armor, which looked like it had been dipped in acid. It seems almost certain that this is indeed Bobs Fett’s armor, so we can probably assume that he did survive in canon and is still out there hunting bounties.

The Hollywood Reporter broke the news that Logan director James Mangold had been hired by Disney to direct a Boba Fett movie, but due to Solo’s disappointing financial performance, only time will tell if the project will still go ahead. Either way, Star Wars: Episode IX will still be released on December 20, 2019.