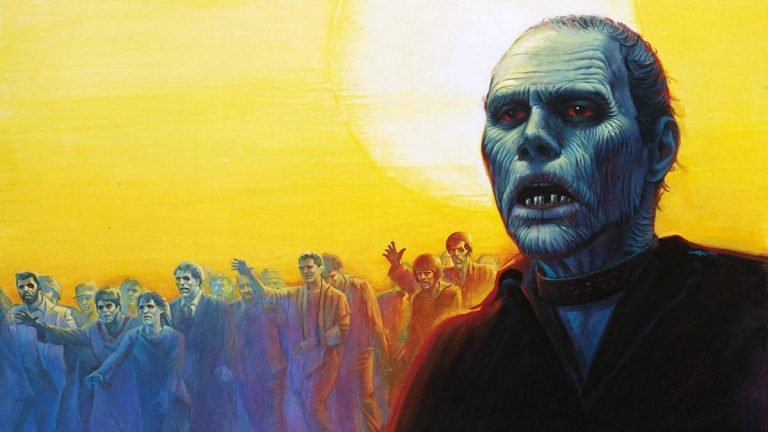 One of the worst remakes ever, and one of the worst films I have ever had the displeasure of sitting through, Steve Milner’s 2008 remake of Day of the Dead should have convinced everyone that sometimes the classics are best left alone.

Featuring zombies flipping around like ninja spiders, zombies driving cars, and a vegetarian zombie with a crush on the girl out of American Beauty, it was as close to a cinematic travesty as you could get. Not content with their first try, George A. Romero’s Day of the Dead is being remade. Again.

Here’s the synopsis for the Nu Image/Millennium production:

“Follows a former medical student tormented by a dark figure from her past, who happens to be a half-human, half-zombie hell-bent on destroying her.”

“Oh, you’ll never guess what, Sandra. I just HAPPEN to have an intellectual cadaver chasing after me for reasons. Bloody sod’s law, innit.”

When studios decide to remake classics and completely change what made the original so great, it always smacks of a cynical cash-in. They know fans will watch it, myself included, based on the name alone, no matter how much they bastardise the source material. This new version has more in common with An American Werewolf in London than anything Romero ever touched.

To see how you can adapt a zombie classic faithfully while also adding your own spin to it, producers needs only look at Zack Snyder’s Dawn of the Dead

from 2004. It took the familiar location of a shopping mall, added in a thousand bullets and running zombies to create an exhilarating piece of popcorn escapism. They need only take the premise of the original Day of the Dead, scientists vs. soldiers in one of the last underground remnants of humanity, and modernise it.

I sincerely hope director Hèctor Hernández Vicens and producer Campbell Grobman Films can do the name justice, but signs really aren’t promising. What do you think?