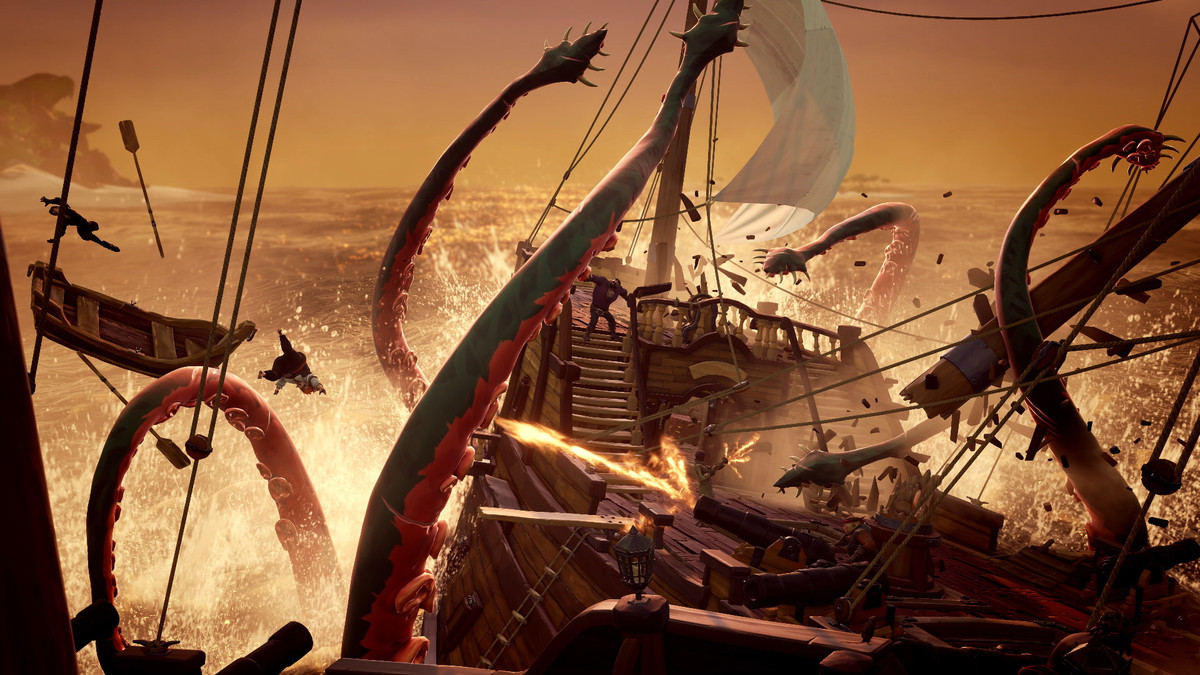 It’s clear almost immediately that Sea of Thieves has been built to be a “social game”, something that will be descended upon by streamers, who are the kind of people who can typically make a game of Tetris seem like the return of the Rohirrim. If you’re jaunting along without the intention of entertaining an audience of thousands, however, it’s hard to not think of it as No Man’s Sea.

Of the content there is, none of it is particularly inspired. Early betas and scale tests had people worried about the longevity of the game, but it seems like Rare hasn’t done much to allay those fears. In fact, it’s hard to pinpoint exactly what they have been doing for so long over so many years. It’s been released as a full-priced product but feels like it’s launched half-baked, like they wanted to get the skeleton of a great game out there to build up Game Pass numbers before filling in the gaps months down the line. 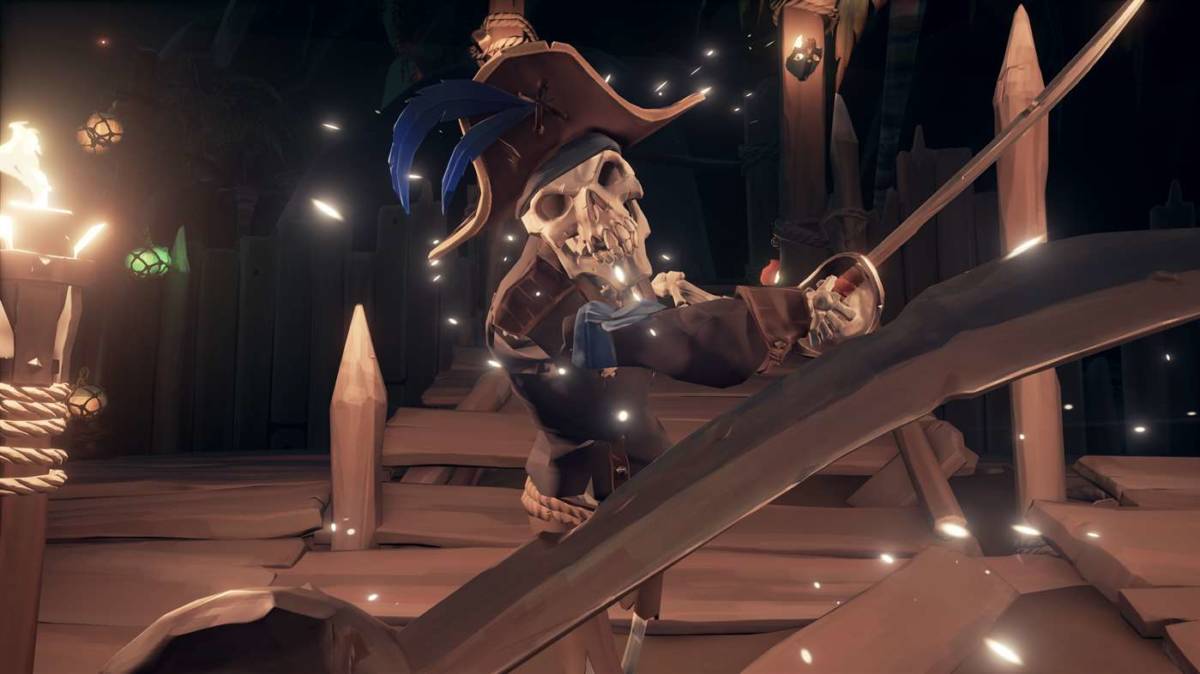 Hell, Executive Producer Joe Neate even admits that Sea of Thieves is a work-in-progress:

“Sea of Thieves is designed from the ground up to be a game that grows and evolves, and we will release new cosmetic options ongoing as part of that, alongside new mechanics and ways to play. Our focus for launch is on delivering a great initial experience, and as we move beyond launch we will be assessing and reacting to player feedback across all areas of the game. We have worked with our community throughout the development of Sea of Thieves, and that will continue in exactly the same manner beyond launch.”

The basic gist of Sea of Thieves is that you must plunder loot, return it to an outpost, use the coin for cosmetic items, and then do it again. That’s all there is. An infinite loop of nothing.

There’s some co-ordination and skill involved, but even the worst of situations can be evaded with the laziest amount of teamwork. One player controls the wheel, one checks the map at all times, and another takes care of the sails; with a fourth player, it would have been an even smoother yet less chaotically entertaining experience. Once you’re on land and hunting for treasure, the enemies are so easy that they almost needn’t have bothered. It’s really quite pitiful, which is something I thought I’d never say of a company who have been in and revolutionised game design for so long. 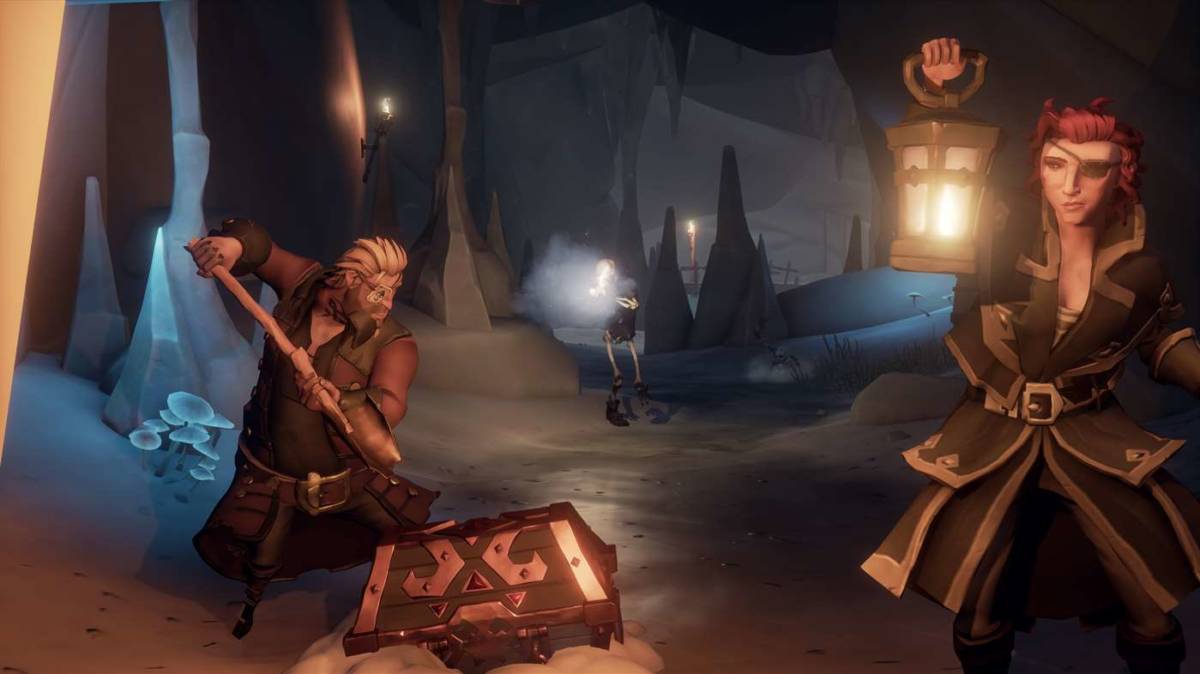 It feels like Rare are expecting players to fill in their own gaps, to make the seven seas the perfect place for role-players to piss around and get drunk in. To its credit, it certainly does that.

After one of the Vultures left, a random suddenly appeared on our ship while we were hunting for buried treasure — this was after I had taken us to the wrong co-ordinates and the silence of my shipmates let their opinions be heard more than their voice ever could. Without realising that Sea of Thieves fills your ship back up if it doesn’t have the optimum amount of pirates, we did the only thing we could. We locked him in the brig.

What followed was an hour of some of the most fun I’ve had with a random teammate online. The guy, who we called comrade, was trying to get away with out hard-earned loot, so we became convinced that he was a Russian spy. After shooting him out of a cannon, making him dance on the plank, and treating everything he said or did with suspicion, we rallied together to try and take down another player’s ship. 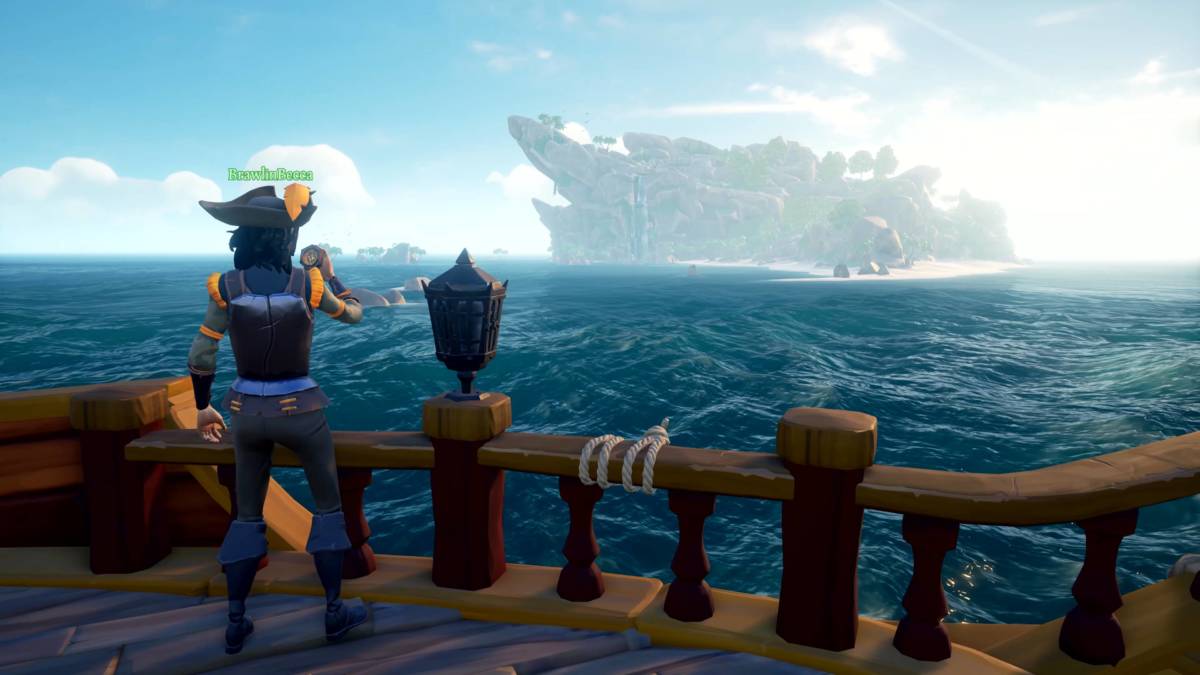 It did not go well.

Like a bunch of children hopped up on Haribo, we jumped aboard their ship and played it real cool, dancing their concerns away and just generally coming across as well-to-do seafarers. Obviously it was all a ruse. I scouted out their leader and hit him off his own ship before all hell broke loose; we made a break for our ship, which was somehow also stuck on a whole bunch of rocks because we clearly did not stray far away enough for our monkey ancestry.

Somehow, we spotted them again after they’d made a mad dash for safety. Ash, being the unhinged Wiganer that he is, decided to ram them but also missed the mark quite dramatically. We ended up beached and without a prayer — the other players swung back around and made short work of us.

That’s Sea of Thieves at its brightest, several moments of randomness that culminated into a great moment. How many of these magical moments can such a limited game conjure, though? Unless you’re a magpie gamer who wants everything shiny or someone with an audience to entertain, there’s no real need to return to the game after just a few hours. It’s certainly cathartic to sail along and shoot the shit with your friends, but you could get that in almost any low-key game, let alone one that costs as much as Sea of Thieves does.

Sea of Thieves’ first steps are safe ones. There’s a framework for so much more seemingly already in place; it’s so plain to see where Rare could improve on and add to things. The only question is are gamers going to stick around long enough to see Sea of Thieves become the game it should be? I’m not so sure.