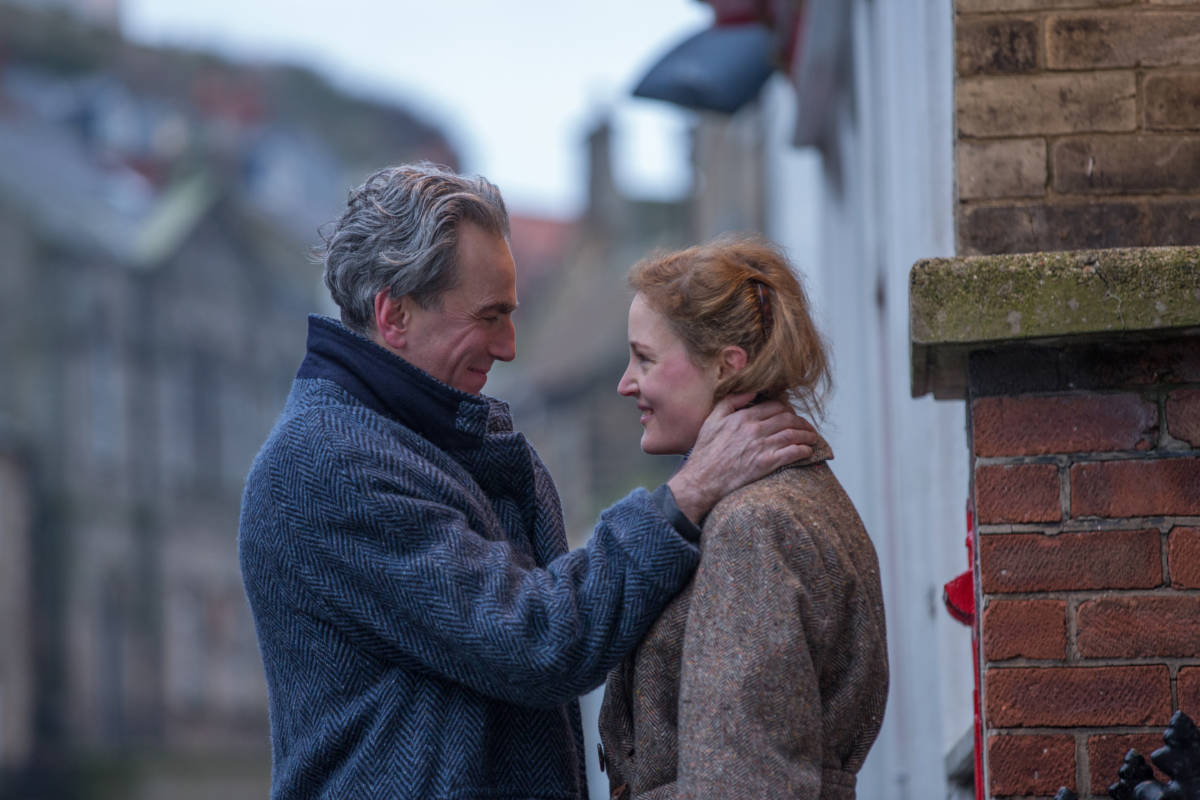 The eighth film from Paul Thomas Anderson, Phantom Thread, also serves as what is expected to be Daniel Day-Lewis’ last appearance as an actor.

A world in which Daniel Day-Lewis –who reunites with his There Will Be Blood director– is not acting is not one that’s fun to think about. The three-time Oscar winner goes out with one of the strongest performances of his career. No stranger to method performances, it’s because of this that the actor has decided to effectively retire from acting following the release of Phantom Thread. Day-Lewis’ use of method acting is one that comes through in his performance as Reynolds Woodcock, a dressmaker living in 1950s London. Reynolds runs The House of Woodcock with his sister, Cyril (Lesley Manville), during a period of time when haute couture was on the rise in postwar London.

While many women come into his life to work for him or have him design their clothing, Reynolds has no interest in settling down with anyone. For all intents and purposes, his plans are to be a lifelong bachelor (remind you of anyone?) because of making dresses. But a funny thing happens on the way to lifelong bachelorhood as Reynolds meets Alma (Vicky Krieps), a strong woman in her own right. Cyril, who runs the business side of things while Reynolds serves as the public face, wants to protect their good name, so she has every reason to be suspicious of Alma’s intentions with her brother. Alma isn’t just another muse for Reynolds and Cyril knows it. A bond soon develops between Alma and Cyril and it’s intriguing to see Anderson decide to explore this complex relationship between two equally strong women.

An interesting thing to note is that Reynolds is very picky about how his food gets made and in what’s perhaps the film’s best scene, if not the funniest, Woodcock displays his unhappiness as Alma butters his asparagus rather than use his preferred oil and salt. With the way Day-Lewis plays this scene, even the tiniest nuances show just what moviegoers will be missing with Day-Lewis retiring from acting.

While Day-Lewis heads off into the sunset, Krieps is a star on the rise. The actress has been performing in films for the better part of a decade, making appearances in films such as Hanna and A Most Wanted Man. It’s her playing opposite the acclaimed actor in Phantom Thread that serves as her breakout role, especially when Alma takes charge in the second act. Reynolds needs Alma as much as Alma needs him. The importance of her character comes through in the sound design and mixing.

Jonny Greenwood’s musical score is being praised and with good reason: it’s one that suggests romance mixed with darkness. What makes things crazier is that Greenwood’s score for Phantom Thread started before the film went into production and was edited into the film by Dylan Tichenor during post-production. It’s typical of a composer to write the score after seeing a version of the final product.

Visually speaking, the film is more likely to set up shots from the character’s point of view and follow them through what they say rather than set up wide shots. Recreating the 1950s isn’t easy but credit must go to costume designer Mark Bridges and production designer Mark Tildesley. Bridges takes advantage of the film’s dressmaking and creates costumes from scratch.

Phantom Thread serves as the final opportunity to witness one of the greatest living actors in three-time Oscar winner, Daniel Day-Lewis. It’s a fitting goodbye and a strong film from Anderson. One can only hope that the actor pulls a Brett Favre and makes a comeback.