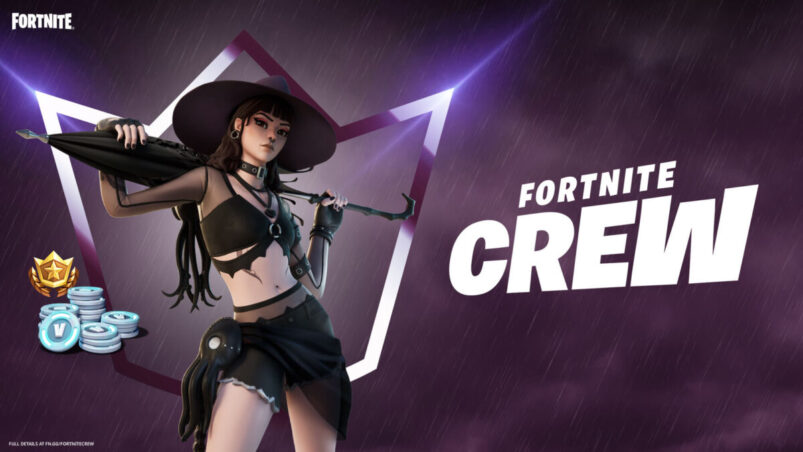 Returning to the classic route of early announcements, July 2022’s Fortnite Crew has been revealed 4 days before its release. A mix of nautical and gothic design elements, Phaedra outshines the others before her — even though she comes from the ocean’s abyss.

With strong thematics unlike other packs, which only relied on looks, this skin is likely to be successful with players due to the community’s affinity to darker and minimalist designs.

Here’s everything you should know about Phaedra in Fortnite Crew.

“From the depths below to the high ground above.”

The Fortnite Phaedra crew pack will come with the following:

Check out the video of the Phaedra collection below.

We will update this when we have more details on the Phaedra skin.

If you subscribe, you’ll also have 1000 V-Bucks added to your account and the Season 3 Battle Pass, if you don’t already own it, or a one-time refund for owning it.

This pack will also follow Deimos, May 2021’s star, granting access to the Save the World PvE campaign at no additional cost. Save the World is usually available through a separate purchase, currently being the Skate Park Royalty Pack.

If you subscribe in the hours before the Item Shop resets, you will also unlock the June and July Crew Packs for the same price.

When Does Phaedra Release?

MORE FORTNITE: Fortnite: When Is The Next Update?