PewDiePie Inspired By Keanu Reeves To Donate To Leukaemia Charity

Is there anything Keanu can't do? 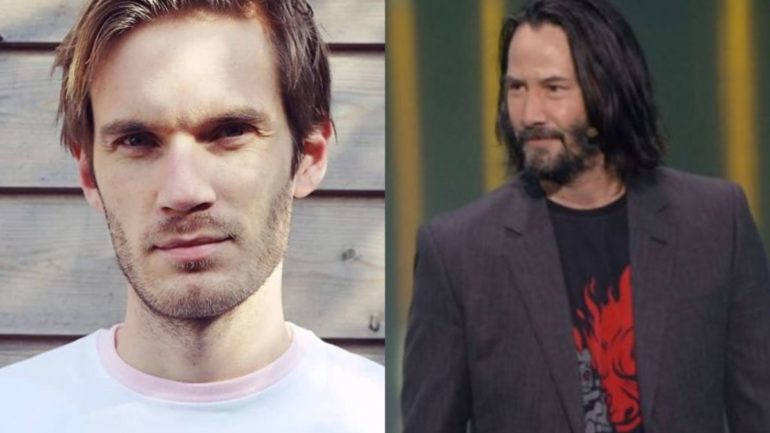 PewDiePie, real name Felix Kjellberg, has vowed to donate all proceedings from a Keanu Reeves video to a leukaemia charity after being inspired by the actor. Reeves is apparently so excellent that his existence brings out the best in others, too.

In the video, cannily titled “Keanu Reeves”, Kjellberg goes through some of why he believes Reeves has become so overwhelmingly popular, boiling it down to his humility, patience with fans, and philanthropy. He should also get a medal for not karate chopping kids who call him the “Fortnite guy”, but that’s neither here nor there.

Inspired by the kind act of that breathtaking E3 fan, as well as Reeves’ previous charitable acts, Kjellberg vowed to donate all of the money from the video to a leukaemia charity, something that is close to Kjellberg on a personal level.

“So in the spirit of Keanu Reeves and making this video, I wanted to donate all the profit that this video makes to the Leukaemia Research Foundation.

“It’s where Keanu donated a lot of money because his sister went through leukaemia — she survived — erm, it took my granddad, and I though that could be a nice ending to it. And have a nice Keanu Effect of doing something good.”

Kjellberg is no stranger to charitable acts himself, fundraising big sums of money in the past for an Indian water charity, as well as many other times that fly under the radar.

Meanwhile, while the exact figures are disputable, Reeves’ charity work is well-recognised as being pretty significant with him having donated millions of his own earnings to organisations in the past.

PewDiePie and Keanu for Children In Need 2019, let’s make it happen.