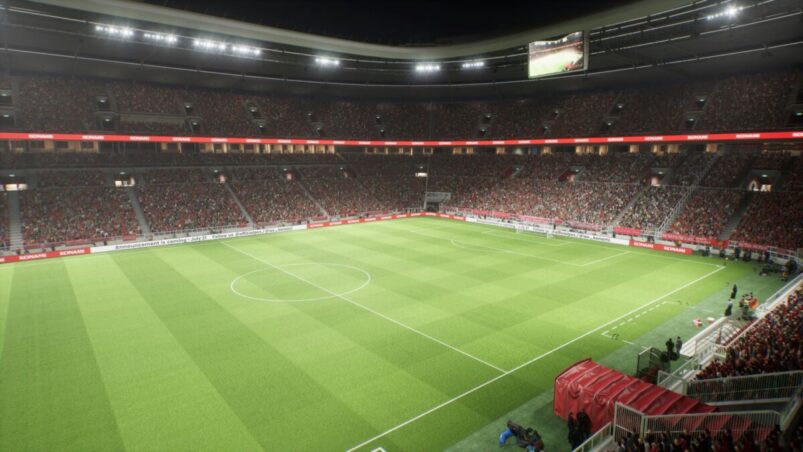 Ahead of a full reveal this July, Konami have stealth dropped an open beta for PES 2022, which will be the first truly new PES game after they took a break to focus on next-gen development.

Available under the name ‘New Football Game Online Performance Test’, this is basically an open beta for what is almost certainly this year’s PES, PES 2022. It would be strange for them to drop the branding completely, but they did add eFootball to the name after all. The most recent PES, eFootball PES 2021: Season Update, was just a roster update at a reduced price.

PES is the main competition for EA’s FIFA, who will be renewing their rivalry for the fifth console generation in a row, and this year’s version will be on the Unreal Engine. Based on what we’ve played, it’s an engine change that looks beautiful but feels a tad slow so far.

Here’s everything you need to know about the PES 2022 Open Beta, which is available on consoles from June 24th, 2021.

To download the open beta, go to your console store and search for ‘New Football Game Online Performance Test’ – the demo popped up for us just after typing ‘new football’. Simply hit download, accept the terms of use when in-game and get playing.

Bear in mind that you can only play against other players online and there will be bugs and issues due to it being a work in progress build. There’s no Master League or anything like that, just online exhibitions.

You don’t need PlayStation Plus or Xbox Live for the purposes of this open beta.

The following teams are playable in the open beta:

All teams in the open beta are fully licensed with proper kits and likenesses, though there are only 22 players per team based on who played the most over the course of a season. There will, of course, be more licensed teams than this in the full game.

No progress will carry over from this beta. The game will be unplayable once the beta period ends as it’s online only.

There may be other betas and demos the closer we get to a full release.

The PES 2022 open beta also comes with cross-play, but only for consoles within the same family.

PS4 players can cross-play with each other, so can Xbox Series X | S and Xbox One players. While PlayStation and Xbox players can’t play against each other during this open beta, there’s a chance they could for the game’s full release.

A full reveal for PES 2022 is scheduled to take place on July 21st, 2022. Be sure to submit your feedback via this survey for 25,000 GP to use in eFootball PES 2021 SEASON UPDATE’s myClub mode and remember that this is just a work-in-progress so far.

READ NEXT: Football Manager 2021: Best Wonderkids You Can Buy For Cheap