Path To Mnemosyne (PS4) REVIEW – Use Your Illusion

A short and flawed yet satisfactory game, Path To Mnemosyne is recommended for anyone who is looking for a good brain teaser. 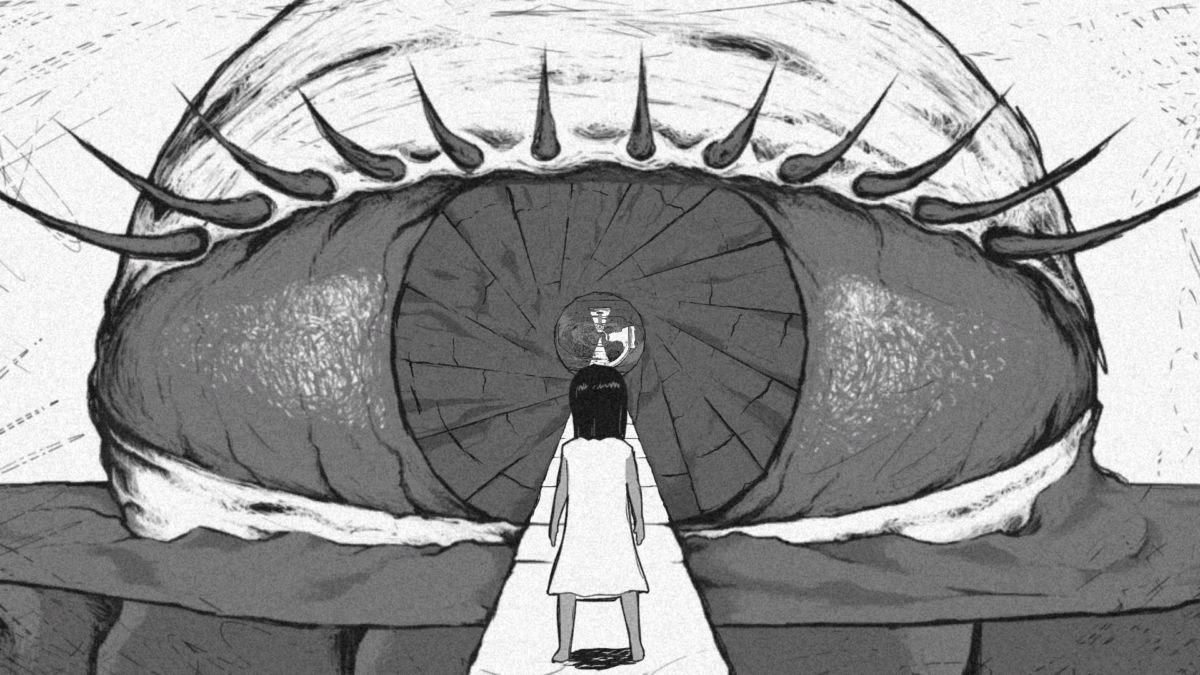 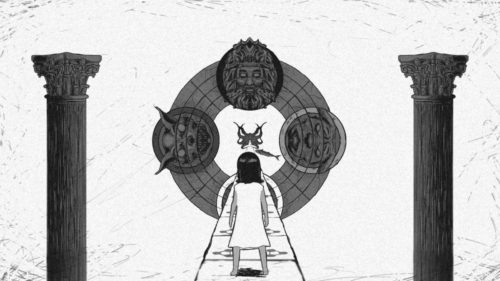 Puzzles and video games make for perfect bedfellows. Whether it is to help break up the monotony of exploring vast and often empty sandboxes or help us unlock a pivotal part of the story, where would we be without a good brain scratcher in our video game diet? The well is plentiful, but to make a game involving nothing but puzzles? That is a different beast altogether.

Path To Mnemosyne didn’t just try to ride that beast, it lunged at it with ferocious passion. While only a brief affair, it does just enough that will have any self proclaimed puzzle aficionado running out of fingers to scratch the inevitable brain aches, with a narrative that, while flawed, begs for further exploration and elaboration.

Straight out the gate the game means to start as it carries on; confusing the everlasting heck out of you. You play an unnamed patient, who needs to uncover memories of what can only be presumed as a giant calamity. That’s all that can be elaborated, without spoiling the story entirely. 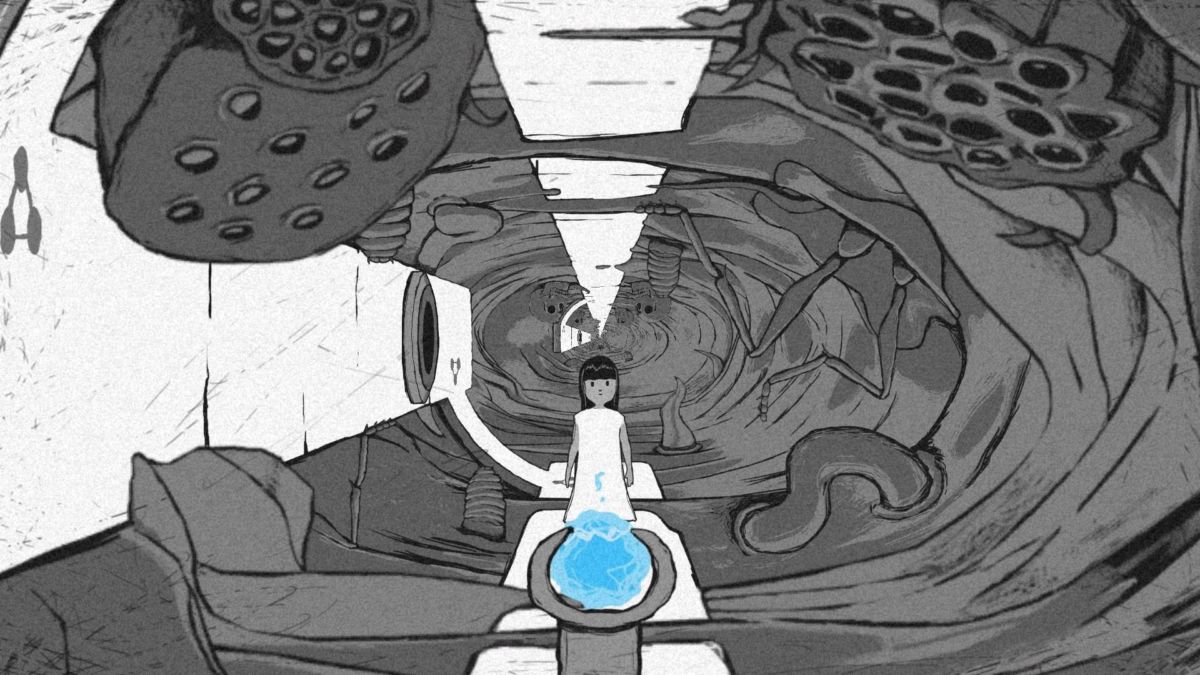 Devilish Games borrows heavily from the work of David Lynch and while the narrative comes with its pretentious moments that could be destined for 3000 word long essays on what it could all mean, it should not be considered too much of a negative when it is done right.

From its interpretive narrative, to the disorientating music score and minimalist art style, Path To Mnemosyne has something for all to admire. The art style is predominantly an assortment of surrealist monstrosities of handsketched grey scale of limbs, floral patterns and bones that lay the path you walk on. However, don’t think of the art style of nightmare fuel as merely decoration: more often than not they are there to help you with the puzzles that need to be completed in order to move on and unlock the next garish memory.

This segues neatly into the main meat of the game: the puzzles. Moving around in Path To Mnemosyne is simple enough, you have to run up a mostly singular path and all you’re equipped with is a jump button. The game is divided into five separate puzzle rooms. The puzzles are a breeze to start off with, which will hopefully get you hooked onto the story to keep you going. 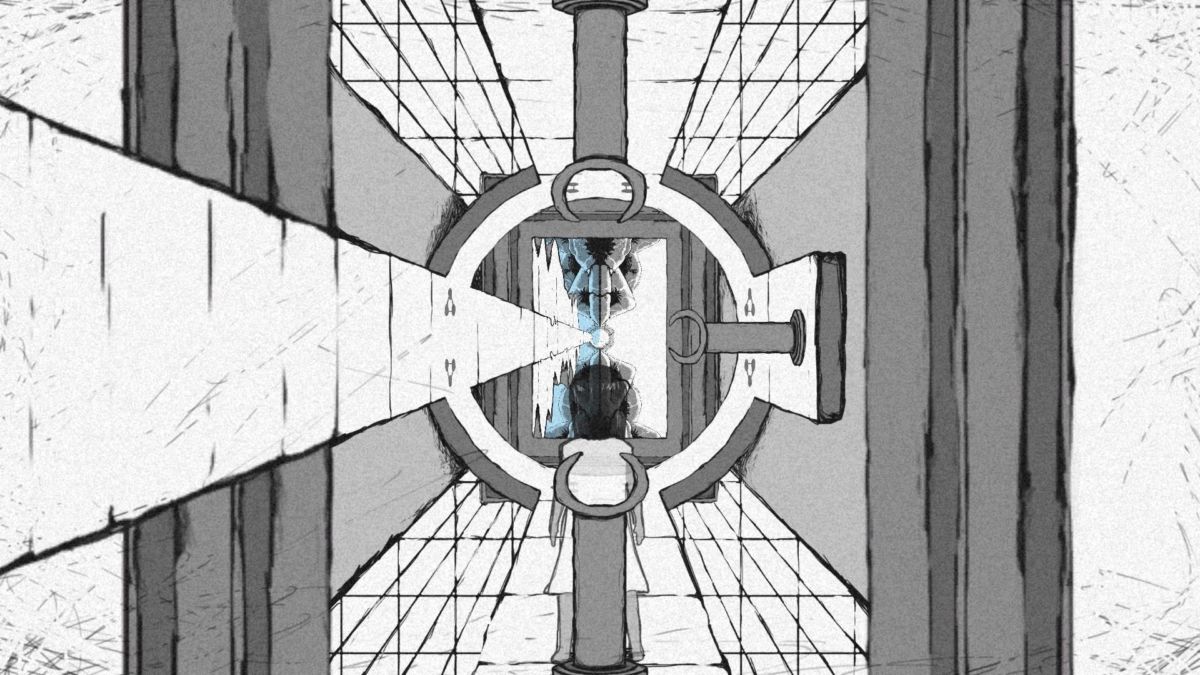 Path To Mnemosyne consists of memory puzzle here, a matching icon game there, and with each successful attempt comes a blue flame representing memory fragments. After unlocking all the flames in the room, which on average is around 3 per room, it’s onto the final room puzzle and onto the next room. However, a word of caution: if you felt like you messed up on a puzzle in grand fashion, it is not a case of just restarting from the last checkpoint and trying again – you mess up you have to go all the way back to the beginning.

While you are right in thinking that this could be a deal breaker, on the contrary, this was a challenge that I relished. As previously stated, Path To Mnemosyne is not a long game at all, as even with a restart it only took about 3 to 4 hours on my first run through. Knowing full well that any slip ups could result in a restart only made the risk of reward even greater.

While this is all well and good, there were two big flaws during my playthrough. The first was the inconsistency with the puzzle difficulty. Out of the five rooms, the first two were very easy to solve and set the tone. The third puzzle room was a disorientating mess of teleportation pads, which combined with the greyscale art direction could leave you with some motion sickness. 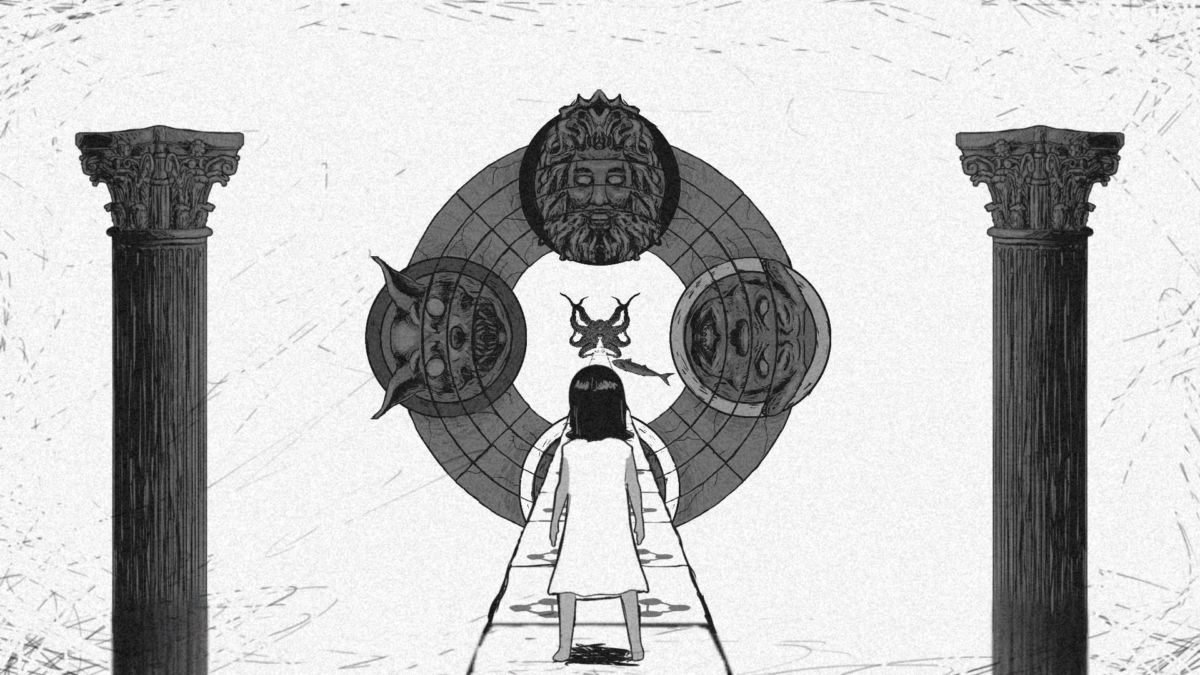 As for the fourth puzzle room, it is a confusing labyrinth of twists, turns, warp pads, backtracking and so on. This room alone will test you and everything you know about puzzles to the point you would be very much forgiven if a break was needed. While this room has hints on how to master it, it’s a perplexing mess of a room that just leaves you frustrated and wanting the room to end.

Conversely, with the fifth and final puzzle room defaulting back into a proverbial easy mode, it was almost like Devilish Games threw everything into one room, forgetting there was a fifth room and threw something, anything to get the game finished by the deadline. If the rooms were swapped around to match the difficulty, this would have gone down much better.

The other flaw I noticed was that it has surprisingly clunky controls for its minimalist approach. Some puzzles required split-second movement to get right or some last second jumping to avoid black whirlpools, that send you hurtling onto other platforms, which leads to backtracking to get you back to where you need to go. When the controls have a one second delay it does lead to a bit of frustration.

Once the credits rolled on my playthrough, it felt like the ending of a chapter rather than the end of a game. Path To Mnemosyne is, despite its faults, a beautiful and twisted game that has some truly jaw-dropping art direction and puzzles that are rewarding to solve, despite the odd one that you can’t wait to see the back of. It isn’t perfect, but hopefully this is a property Devilish Games will come back to now that the groundwork has been laid out for a potential sequel.

Verdict
The positives outway the cons in this indie title. A short and flawed yet satisfactory game, Path To Mnemosyne is recommended for anyone who is looking for a good brain teaser.
7