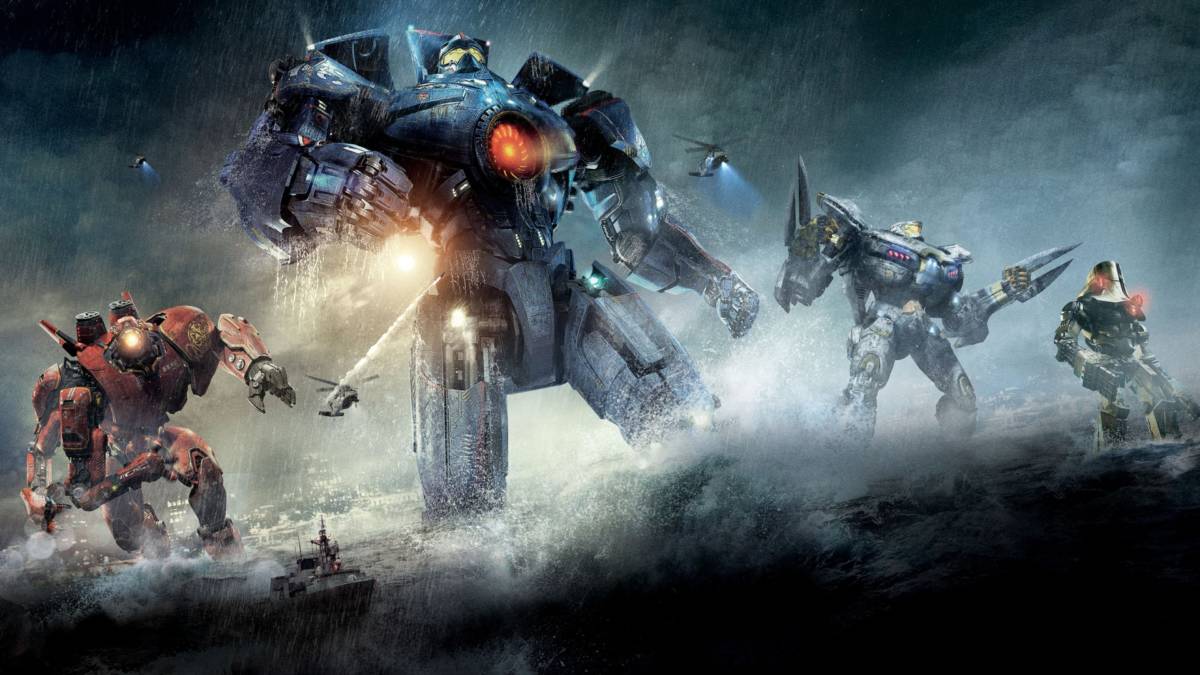 Pacific Rim: Uprising had a lot to live up to. The original Pacific Rim didn’t just capture the imagination of audiences, it captured their hearts as well. Yes, the premise was “giant robots and monsters beat the crap out of each other” but the point was “Humanity can only withstand disaster by standing together as one.” Uprising keeps the original’s creativity, but – yup – loses most of the soul.

None of this is the fault of John Boyega, the franchise’s new lead. His Jake Pentecost (son of the original’s Stacker Pentecost) is fantastic, charismatic, and a worthy hero. The man could have chemistry with a bowl of ice cream, and indeed in this movie he does. It’s not really the fault of any of the actors, the characters are all charming enough even if what’s going on around them is often just CGI-heavy robot-punching nonsense. But there’s a great big hollow hole in this movie where its predecessor had a beating heart.

Once you’re past the midpoint of this movie you’ll probably realise what that beating heart was, and why removing it from the franchise was a stupid, borderline insulting decision. Yep (spoiler): Mako Mori is no more-ri.

There are many ways Mako – a female character who proved so popular she inspired the creation of a new test for well-written women – could’ve gone out if the story really necessitated it. She could have heroically sacrificed herself like her adoptive father Stacker did, cancelling the apocalypse and saving the world. If it was really what the story needed, it could have been acceptable. But that’s not what happens. Instead, Mako is just sitting in a helicopter when a baddie crashes it, and she’s barely allowed a moment to come to terms with all she’s leaving behind before she’s suddenly and violently wiped out. Jake, her brother, grieves her for a couple of scenes and then seemingly almost forgets about her. No funeral, no flashbacks, no nothing.

So if you wanted to have a sour taste in your mouth the next time you watch the happy, hopeful ending of the first Pacific Rim, this is the movie for you!

Though Mako’s fate is probably the most painful thing that fans of the original will have to sit through during this movie, none of the original characters fare particularly well really. Newt and Hermann, the scene-stealing bickering scientists who formed an important part of the first Pacific Rim, are now largely just plot devices, especially Newt. And of course Raleigh Beckett, one-time main dude, is nowhere to be seen. What happened to him? We’re never told. And even Stacker Pentecost gets retroactively semi-ruined. He always knew he had a son, but couldn’t spare a single word for him throughout the whole time we knew him, even when he was about to die?

As a stand-alone movie Uprising is alright (although good luck getting newcomers to understand what the heck is going on with all that jaeger-drift-memories stuff.) But as a sequel, it fails in just about every way possible. In this movie, lip service is paid to the need for unity and hope, but if it doesn’t care about the characters who represent these things, what’s the point?