Obi-Wan Kenobi Reminds Us Of A New Hope

The time periods they haven't covered yet strike back. 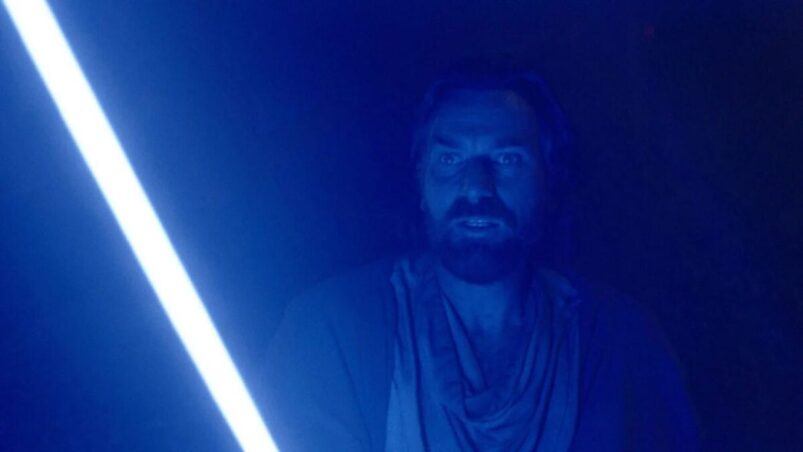 There’s been a lot said about how Disney+’s Obi-Wan Kenobi is seemingly retconning the events of Episode IV: A New Hope. In that original Star Wars movie, Leia Organa (Carrie Fisher) sends an urgent call for help to a retired Jedi, Ben Kenobi (Sir Alec Guinness) through her trusty R2-D2 droid. However, Obi-Wan Kenobi on Disney+ reveals how their relationship went much deeper than what we originally thought.

Their association isn’t just someone who fought with her father in The Clone Wars, or the daughter of an old friend, but that they have a relationship of their own. The new show is all about the adventures of a beaten-down Obi-Wan (now Ewan McGregor) having to rescue a young Leia (Viven Lyra Blair), who is being used as bait against Obi-Wan by the Inquisitors.

This new Star Wars show chronicles the adventures of Obi-Wan Kenobi from the end of Episode III: Revenge Of the Sith, to when audiences first met him in Episode IV: A New Hope. The showlooks to fill in the gaps about his time during those years, and potential adventures he had. Audiences were in for a surprise when episode one introduced a ten-year old Leia Organa, who then went on to become the second lead of the show in many ways (at least in the four episodes we’ve seen so far). The story up until now seems to be about Obi-Wan having to rescue Leia, all the while being hunted by Darth Vader and his Inquisitors.

This presented a problem to many fans, as they felt that the show was retconning events of A New Hope. In that original movie, Leia’s call to Obi-Wan for help implied that they’d never met, or didn’t know each other personally. The Obi-Wan Kenobi show clearly contradicts that, and fans of the franchise seem to think that it’s ‘ruining’ or retconning events of the original to fit this new story.

With the release of Obi-Wan Kenobi episode four, there seem to be even more connections to A New Hope. In episode four of the new show, Obi-Wan has to break into the Fortress Inquisitorius to save young Leia, who has been captured by the Third Sister, Reva (Moses Ingram).

The plot beats of Obi-Wan Kenobi episode four definitely feel very similar to that of A New Hope. Obi-Wan has to mount a rescue with some new allies like Roken (O’Shea Jackson Jr.) and Tala (Indira Varma). Although reluctant at first, they agree to help – much like how an older Obi-Wan and an untrained Luke Skywalker (Mark Hamill) had to hire Han Solo (Harrison Ford) to aid them in their rescue of the older, more diplomatic Leia in A New Hope. And in both the movie and the episode, Darth Vader is alerted to Obi-Wan’s presence and acts as a force of reckoning bearing down on him, but with a very different end result than in A New Hope.

Even Obi-Wan’s tactics inside the Fortress Inquisitorius are ones he has employed – or rather, will employ – in A New Hope. When trying to escape the attention of two Stormtroopers, Obi-Wan uses the Force to create a noise elsewhere to throw them off of his scent. The older Obi-Wan in A New Hope does the same when trying to get around some Stormtroopers to disable a shield to enable their escape. I guess you can’t teach an old Jedi new tricks.

Despite these similarities between Obi-Wan Kenobi episode four andA New Hope, it’s still not retconning the events of the Star Wars franchise. These adventures by Obi-Wan and Leia, including the tender moment they share on the ship after their escape, are only adding depth and recontextualizing the relationship we (briefly) see in A New Hope.

Of course, Leia would reach out to the man who saved her life when she was younger to help her against the threat of the Empire’s overreach when we see her in Episode IV. And naturally, she wouldn’t mention the details of these adventures but only refer to their official association, which is through her father and Obi-Wan’s relationship during The Clone Wars. These adventures also provide an added explanation about why Leia Organa Solo named her son, Ben Solo (Adam Driver) after Obi-Wan in the sequel trilogy . Without the events of the Obi-Wan Kenobi show, it feels hollow to think that she named her son after her brother Luke’s Jedi mentor, who she never actually met. But Leia and Obi-Wan having a close relationship before those events makes that fact so much more meaningful and heartwarming.

Obi-Wan Kenobi is skirting a fine line between giving us added layers to stories and characters we’ve already seen, with new events that we haven’t. Hopefully, the remaining episodes of the season don’t take too many liberties, and actually end up ‘ruining’ or changing something that was already established.

We will find out in two weeks as Obi-Wan Kenobi only has two more episodes to go in its first season, during which they’ll also have to tie up these plot threads in time for Ben Kenobi to return to Tatooine for the events of A New Hope to unfold as we know them. Let’s hope director Deborah Chow and the team can stick the landing.