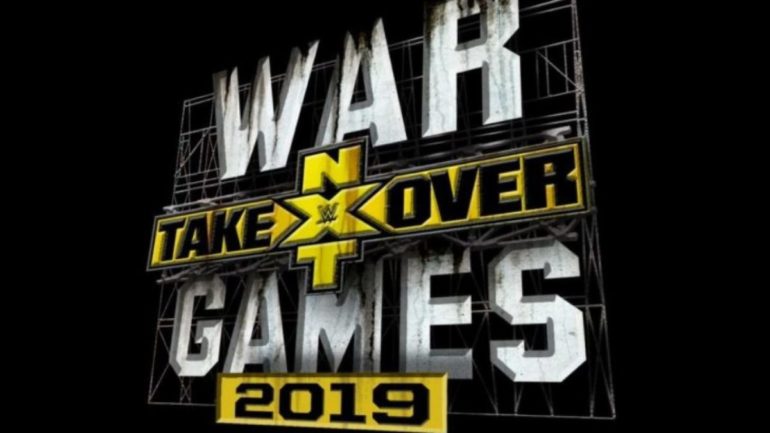 In a sense, this weekend is a double TakeOver. Come Survivor Series on Sunday, NXT will be a part of multiple cross-branded matches to decide dominance. The night before that, many roster members from that show will be battling it out in William Regal’s favourite structure.

That’s right, it’s time for WarGames. For the first time, we’ll be getting two of the titular matches in one night. As a result, the card only has four matches rather than the standard five. It makes sense, seeing as we’re guaranteed at least two 45-minute epics. It’s still a stacked show though, with some of NXT’s biggest names battling it out ahead of Survivor Series. Calling the winners isn’t always easy, but someone has to take on the burden.

Finn Bálor is back in NXT and he’s a bastard now. The Demon King brought back the Prince and turned heel for the first time in his WWE career. When you consider the fact he’s been with the company for over five years now, that’s an impressive length of time as a babyface. Finn’s instantly become more interesting and has picked a fight with the King of Bros himself, who knocked off Kassius Ohno in just six seconds at last year’s WarGames event. These are two hot commodities with abs for days, this is going to be a violent affair.

Prediction: It seems safe to bet on Finn Bálor, it’s his first match since returning to the brand and he’s a baddie now. Matt Riddle will play a big part in the future of NXT, but unless Finn isn’t sticking around for long, there’s no real reason for him to lose here.

Triple Threat Match To Determine #1 Contender For The NXT Championship

This one’s a treat. With implications for Sunday, the winner here will challenge for Adam Cole’s NXT Title at Survivor Series. Pete Dunne and Damian Priest have been embroiled in a feud recently, with Killian Dain being folded in and gunning for both guys. Three men of varying size and style, but with equal intensity, the only guarantee of this match is that it will be a hard hitting car crash.

Prediction: It really could go any way. Pete is the biggest name of the group and Triple H’s most accomplished NXT UK star. Priest has been a hit in NXT, having great matches and connecting with the audience. Dain has returned to the brand with a fury and a successful repackage, delivering on the promise he showed with Sanity before main roster-itus kicked in. This is guesswork more than anything, but I have to imagine that Adam Cole vs. Pete Dunne at Survivor Series has the most intrigue.

Team Ciampa Vs. The Undisputed Era

Adam Cole is a trooper, there’s no two ways about it. The man just had a ladder match against Dominik Dijakovic on this week’s NXT, is defending his title at Survivor Series, and has a bloody WarGames match sandwiched in between. His tight-knit unit of lovable rogues will be walking into their third iteration of this match type, establishing it as their signature stipulation. Opposing them are just three of the many men they have beef with in Tommaso Ciampa, Keith Lee and the aforementioned Dijakovic. The fourth member of Team Ciampa is yet to be announced and should make for a great surprise on the night, which is worth a prediction in its own right.

Prediction: UE have all the gold and the WarGames advantage. They will have a one-man lead over their opposition until all eight wrestlers have entered. It’s worth noting that they had the advantage last year and still weren’t able to win, so it’s not a guaranteed victory. The real eqauliser will be that mystery fourth man. Velveteen Dream is currently injured, KUSHIDA could work but he doesn’t have any history with the Era. Some have thrown John Morrison’s name out there and that would be a novelty for certain.

I’m leaning towards Team Ciampa on this one. UE already have every belt and none of them are on the line, so they can take a loss. On the other hand, the babyfaces could really do with the momentum here. Tommaso Ciampa’s redemption arc and quest to regain his precious Goldie must continue, while Lee and Dijakovic have huge star potential. As for the fourth teammate, he will likely be the key to all of this.

About as stacked a match as you can hope to get, this should and probably will headline the show. Rhea Ripley is now in NXT full-time, and she’s assembled a team comprised of Mia Yim, Candice LeRae and Tegan Nox to combat the dominant women’s champ. Shayna Baszler’s responded with an all-star line-up of Bianca Belair, Io Shirai and NXT UK Women’s Champion, Kay Lee Ray. Baszler has a history with almost every woman in this match and has defended her title against most of them. Her stranglehold on the gold feels like it might never end at this rate, to the point where her own rivals have linked up with her.

Prediction: Though it could potentially be a deflating end to the evening, I’m picking Team Baszler. While Rhea Ripley’s debut in NXT has been fantastic, her team on paper isn’t anywhere close to Shayna’s. Candice only recently started to get any real exposure on the brand, Tegan has spent more time injured than she has as an active competitor, and Mia Yim’s not quite fully connected with the audience.

Over in Shayna’s camp, you have the NXT UK Women’s Champion linking up with her fellow titleholder, the massively over Bianca Belair, and Io Shirai, whose run of momentum since turning heel has been remarkable. While Shayna can afford to take a loss here, I don’t think she’ll be having a dent put in her until the night she loses the title. Another point to consider is the presence of Jessamyn Duke and Marina Shafir, who could very well still get involved in the match to help their boss. Baszler seems to hold all the cards here.