Noita puts the RNG in Really Not Goodfuntoplay. 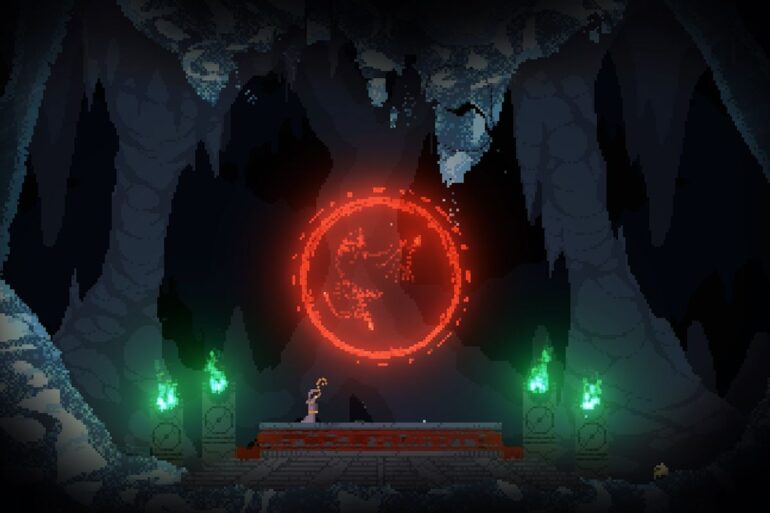 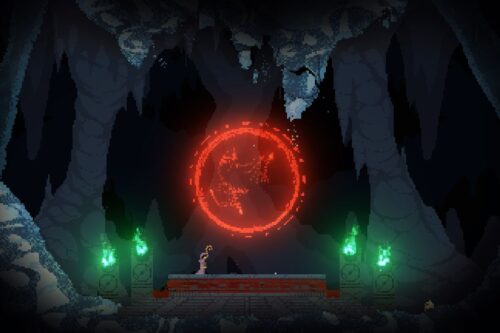 Randomness as a game mechanic can be a controversial topic. On the one hand, it can add some excitement and decisions to a game that may otherwise feel repetitive and boring. For instance, shuffling cards for a card game to insure players receive unique sets. On the other hand, randomness takes away from the abilities of the player, leaving outcomes and gameplay to chance rather than to mechanical skill. An example might be spawning directly in front of the enemy in a Call of Duty game, leaving you no chance to fight back.

Relying too heavily on the random number generator, referred to as RNG in most games, takes away from player agency and leaves games feeling more like rolling dice than actually improving and building upon progress. In my experience, this was precisely the case in Nolla Games’ 1.0 release of Noita.

In Noita, you take the role of a wizard who’s exploring the depths of a cave with his trusty wands and potions. That’s about the entirety of the story, from what I understand. Obviously, this isn’t a game made to convey some profound message. Instead, it’s about exploration and combat, leaning heavily on RNG to keep each dungeon dive a bit more interesting than the last.

As a roguelike, each run of Noita is a unique experience where no progress carries over to the next run. You might collect new records and information to fill out your spell list, but none of that actually affects what will happen throughout your next run. This means that the only thing keeping a player engaged with Noita is the desire to somehow reach the bottom of this underground dungeon.

The market has actually moved away from true roguelikes in recent years, opting more for the user-friendly “rogue-lite.” Though similar, rogue-lites allow for small progression to build up outside of each run, allowing the player to perhaps marginally increase strength or select different starting gear. This gives further drive to the player, as even in failure you can gain a bit more progress for the next run. Dead Cells or Spelunky 2 might be defined as rogue-lites.

In roguelikes, that desire slowly comes into grasp as you mechanically improve and discover top combinations of equipment or skills. In Noita, these combinations take the form of wands found across the caves. Each wand has a lengthy list of stats along with a few spells that may already be equipped within. Wands somewhat act as guns here, with each spell being a metaphorical bullet, though many wands don’t guarantee which bullet will be fired next.

The roguelike and roguelite genres are some of my favorites, as they don’t demand a lot of time to play at once, but they still have a high skill ceiling if you’re willing to put in the time. Games like Faster Than Light, Dead Cells and Slay the Spire have found wide success due to a keen balance of skill-based gameplay and randomness within each run. I could spend hours grinding through Risk of Rain looking for new characters to unlock or finding new combinations of skills to break my high scores.

However, Noita doesn’t give me that same drive. With so much dependent on being offered the correct gear or finding the best perks, nothing makes me feel like I’m actually progressing and improving. I feel like I’m just a small pawn within a game of chess, more reliant on the game allowing me to break through to the next stage rather than using my own abilities to get there.

Wands somewhat act as guns here, with each spell being a metaphorical bullet, though many wands don’t guarantee which bullet will be fired next. The spells themselves vary wildly depending on what you find each run. They range from a simple magical bolt to swapping places with enemies or even blasting out sentient rocks.

There are a total of 305 spells to find and equip, though some are more like modifications to the spells within a wand. With so many combinations, RNG generally decides whether you’ll find anything useful or if you’ll end up dying to your own wand exploding in front of you.

Apart from yourself, the caves are infested with all manner of enemies, from dudes with shotguns to massive worms that devour the stage and any enemy they touch. Each level of the caves contain a unique set of enemies, so your first foray into new areas is typically brief, as you’re killed by new attack patterns you haven’t seen before.. When I finally made it into the ice caves, the third level down, I was met by multiple jetpack-toting, gun-wielding henchmen and one clear leader that stole my lunch money within ten seconds of arriving. That’s just how Noita plays out sometimes.

These enemies are also trained snipers. Even on the first stage, shotgun dudes will get blown into the air, slapped by your spells, and still hit their buckshot as they fall rapidly down a narrow tunnel. Guys with dynamite will somehow rebound their sticks behind you so that it perfectly blows up just above your flight path. Machine gun robots will lob bullets over hills to hit you. In a game so heavily reliant on RNG for player gear and spell casts, the enemies have no dispersion with their projectiles whatsoever.

On top of all that, the main gimmick of Noita finally comes into play. As its whole selling point, every pixel in the game world is fully simulated. This means that every structure, material and fluid has interactivity, whether you mean to or not. Wood will burn out, blood will pool in crevices under a bad guy, lava will eat through stone, and this will constantly occur as you play the game.

Very often, you’ll be exploring a cave and find the remnants of a battleground with blood splattered everywhere, bodies lining the floor and there’ll be little to no indication as to what actually happened. I’ve dropped into the first level only to find everything already on fire, which tends to be a recurring theme within the first two areas. With everything constantly simulated, hazards tend to quickly cover a stage with fire, acid, or some other destructive force. This, in turn, generally led to me also being covered in fire or acid, forcing me to look for a pool of water to wash it off.

And this where I found my point of contention with Noita. Hazards can be fun obstacles in proper doses, but here it feels like I’m constantly playing a lava level from the Mario series. Touch the floor and you might ignite, causing half your health pool to get eaten away unless you’re lucky enough to find a bit of water to wash off. Later on, that fire gets replaced by lava and acid, which generally do the same thing but with less flair. All in all, I spent an unfortunately large amount of time looking for some way to stop bleeding out at every turn due to these hazards.

I get that the fire is perhaps the most visually pleasing effect in the pixelated environment, but I’ve never played a game where being on fire made for a fun mechanic. In Noita, it’s just the way the world works. Fire’s so common that even a handful of enemies have lava for blood, creating ever more opportunities to feel the heat. 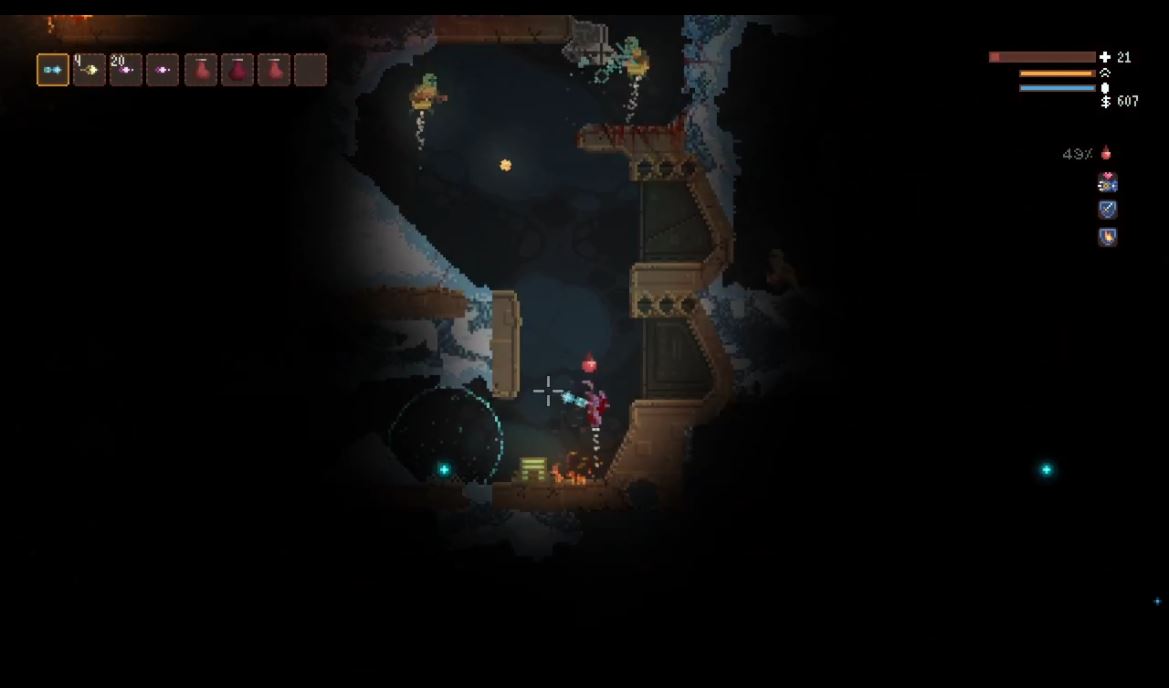 After a few hours trying to make it down the randomly generated tunnels, I tried out Noita’s alternative mode, Daily Practice Run, which was a marginally better experience. Here, you’ll always start with the same gear in the same spot of a dungeon, though these are randomized each day. Still, having that certain kit each time adds a bit more skill to the gameplay, though it’s up to RNG if that kit will actually be fun to use or not.

All in all, I quickly lost any motivation to play through Noita, as it felt like most of my progress was reliant on picking up the right spells to make a wand where I could actually fight back. Otherwise, I was just constantly dodging the elements, getting hunted down by the overpowered snipers or dying to my own spells because I chose the wrong perk. There was a part of me that felt like my shots were improving, but hitting the target only gets you so far when fire is your worst enemy.

Noita feels like a game where you might have some silly stories to tell friends when runs go well or horribly awry, but most of your playtime will be spent restarting as you continuously die to poor mechanics or getting stuck under one or two pixels you can’t even see. Some may say it’s all just a big challenge to overcome, but it’s one that never felt very satisfying, even when I came out on top. 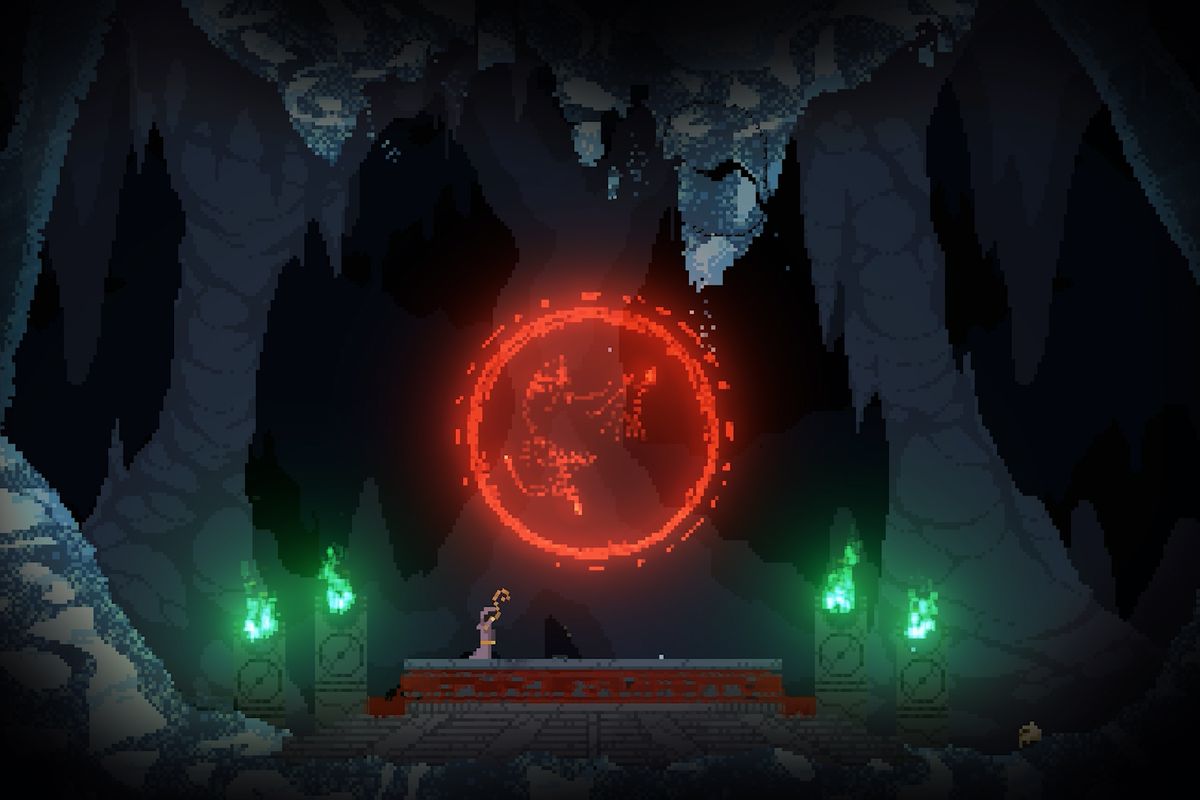 Verdict
Noita relies far too heavily on random numbers to create any kind of enjoyment, and though it might make some fun stories, players will be left craving an actual roguelike rather than this RNG simulator.
5
Cultured Vultures is a pop culture website established in 2013 covering all things gaming, movies, and more. We eat your words.
All The News On The Biggest Games