Night School (2018) REVIEW – Not Even Tiffany Haddish Can Save This 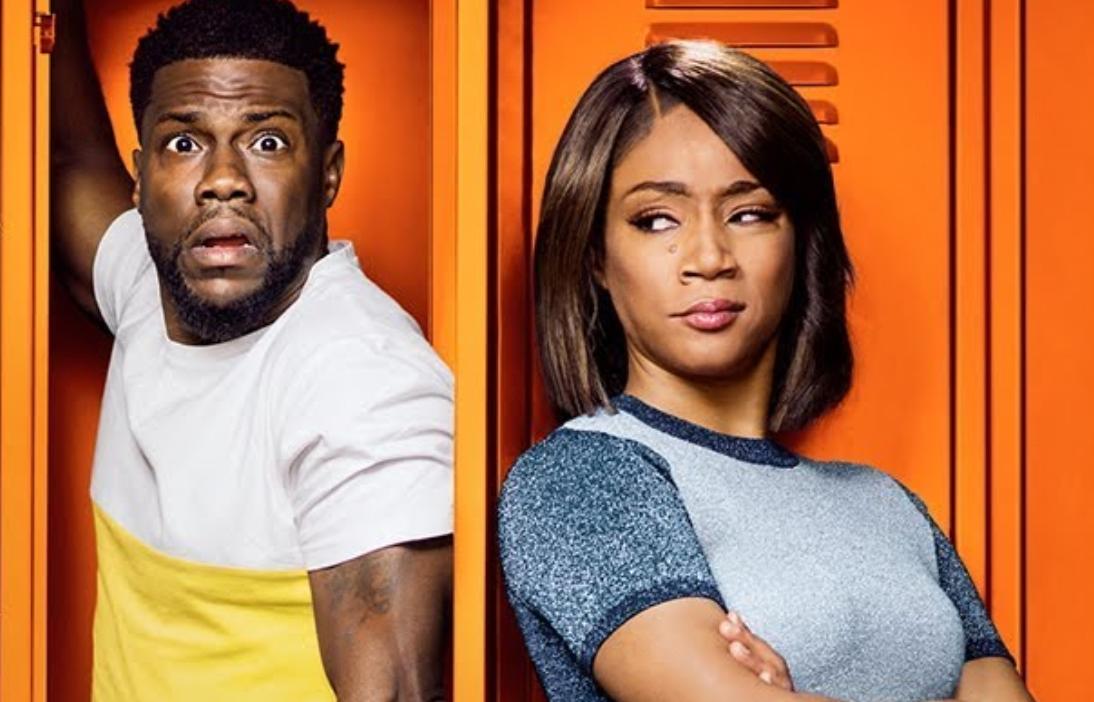 Night School doesn’t ever find its footing. Instead of trying to figure out what kind of comedic style it wants to go for, it throws all of them at the wall, hoping that something sticks. Unfortunately, almost nothing does. Night School’s comedic quality goes in and out, making you chuckle but then leaving you bored for the half hour following that single chuckle. It’s definitely a disappointment from director Malcolm D. Lee, who helmed last year’s surprise hit, Girls Trip. Perhaps blame should be placed on the film’s writer, who also just who happens to be its star, Kevin Hart.

Hart is a funny guy, and yes, he definitely sticks to just simply playing himself in whatever movie he’s in (or his stand-up persona, at least), but it works for him, as it has for countless other actors. Night School is his usual shtick, and it gets laughs, but the weak script that Hart wrote for himself bleeds through far too often. It’s a tremendous waste of what can be considered an exceptionally talented cast, which includes the likes of Tiffany Haddish, Taran Killam, Ben Schwartz, Mary Lynn Rajskub, and Rob Riggle, among others. Everyone involved in this is actually funny, so it’s a shame when almost none of them are given a chance to show that off.

Teddy (Hart) is a high school dropout who wants nothing more than to impress his successful (and presumably well-off) girlfriend, Lisa (Megalyn Echikunwoke). To get the job he wants, Teddy needs to go back to school and earn his GED. Unbeknownst to Lisa, he starts taking night school classes, joined by a team of misfits and led by their teacher, Carrie (Haddish). Standing in Teddy’s way, besides himself, is school principal and former classmate Stewart (Killam), who doesn’t want Teddy at his school. That’s basically it. Kevin Hart is Kevin Hart, Tiffany Haddish is Tiffany Haddish, and their dynamic is that of student and teacher. Voila, you’ve got a movie.

Once again, actors just playing themselves in movies isn’t inherently bad, and Hart and Haddish are naturals. They’re given the freedom here to riff off of whatever the situation is, and they have several scenes where the two trade insults back and forth at each other that show how quick the two comedians are on the draw. What’s bizarre is that Haddish actually disappears for several chunks of the film, and her absence hurts. Carrie also isn’t much of a character outside of being someone who works very hard, enjoys teaching despite the low pay and long hours, and doesn’t tolerate crap. We don’t see her at a major high or a major low at any point during the film, so forming an emotional connection with her becomes difficult.

Teddy is a terrible student but a great salesman, and the film goes out of its way to show the audience that Teddy is not dumb, he just has strengths in different areas. The film also explains that, instead of simply being lazy or “just not getting it”, Teddy has several learning disabilities, a rare moment of the film having a genuinely positive message and presenting new-age(ish) ideas. It doesn’t do much with it (Teddy overcomes his disabilities by just learning how to focus), but it’s there.

Night School is all over the place. It starts with a flashback of Teddy and Stewart in high school, and Hart and Killam are….unconvincing high schoolers, to say the least. It’s an odd choice not to simply cast younger actors for that one scene. At the end of the first act, Teddy is caught in an enormous explosion, which launches him out of a building into a car windshield. He’s perfectly fine, but this kind of extreme slapstick is not ever really seen again in the film. It takes you right out of the movie when what you’re watching is supposed to take place in the real world, but then you get a scene like this. The film also has a moment of true gross-out humor, something that, once again, is not seen during the rest of the movie outside of the one instance. The type of comedy that the movie goes for is inconsistent, and it makes the whole thing feel disjointed.

Despite a strong director and a funny and talented cast, Night School stumbles hard. It forces emotional moments without earning them, and then doesn’t even really commit to them, quickly moving on to the next scene. Scenes drag on for far too long and it makes the movie feel like it’s just spinning its wheels to kill time. Hart is an often hilarious and talented man, but when it comes to writing his own films, he may need to take some extra night classes.

Verdict
Night School has a strong comedic cast lead by Kevin Hart and Tiffany Haddish, but even the two of them combined can’t save the film from its weak script.
3
Cultured Vultures is a pop culture website established in 2013 covering all things gaming, movies, and more. We eat your words.
All The News On The Biggest Games