Is New Tales From the Borderlands Coming to Xbox Game Pass? 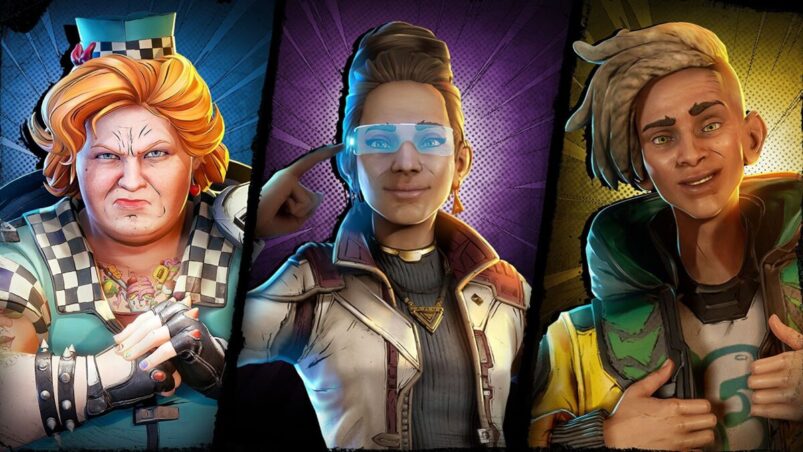 New Tales From the Borderlands

A release trailer for the game revealed at Gamescom has confirmed the release date is set for October 21, 2022, and it’s already available for pre-order. New Tales From the Borderlands is set to launch on PC, PS4, PS5, Xbox One, Xbox Series X & S, Switch, leaving no Borderlands fan behind.

With Xbox-using fans of the series eagerly awaiting the game’s imminent release to Xbox, many may be hopeful to see New Tales From the Borderlands come to Game Pass. While it’s not officially ruled out, it’s rather unlikely that the newest installment to the Borderlands franchise will appear on Game Pass, especially right out of the gate.

About New Tales From the Borderlands

In New Tales From the Borderlands, players will get to decide how the story unfolds as they delve into the Borderlands’ universe and experience an adventure with surprising twists, heartwarming moments, and a certain brand of humor that’s become a staple of any Borderlands’ game.

The game is set in the metropolitan world of Promethea, which is constantly war-torn. Here, three underrated losers are hoping to discover their fates and achieve something great. Fans can play as Anu, a compassionate scientist, Octavio, her fame-obsessed brother, or Fran, who’s flinging frogurt in the name of revenge.

Players will have to handle an entire planetary invasion, heartless capitalists, and, of course, a terrifying vault monster. Every choice made, no matter how big or how small, can impact the progression of the adventurous story. Only you can decide whether to create a world that’s about more than just weapons, attain glorious fame and fortune, or get some frosty revenge.

New Tales From the Borderlands is set to release on October 21sT, 2022. The game will be available on Xbox One, Xbox Series X & S, PS4, PS5, Nintendo Switch, and PC, which means anyone who’s a fan of the Borderlands franchise is able to play.

With the game’s release looming overhead, Xbox users might be a bit curious to know if New Tales From the Borderlands is coming to Game Pass. Unfortunately, it hasn’t been confirmed and most likely isn’t.

Some of the Borderlands games have made their way to Game Pass, such as Borderlands: The Handsome Collection. However, other games, including Tiny Tina’s WonderlandS, which is the newest Borderlands-related release, haven’t made it to Game Pass.

While it’s possible that fans will see New Tales From the Borderlands on Game Pass, there’s been no official confirmation, and it’s very unlikely. Hopefully later on the game will make its way to the popular video game subscription service.

READ NEXT: Is Valkyrie Elysium Coming to Xbox?