5 Biggest New Movies of September 2022: A Month of Controversies 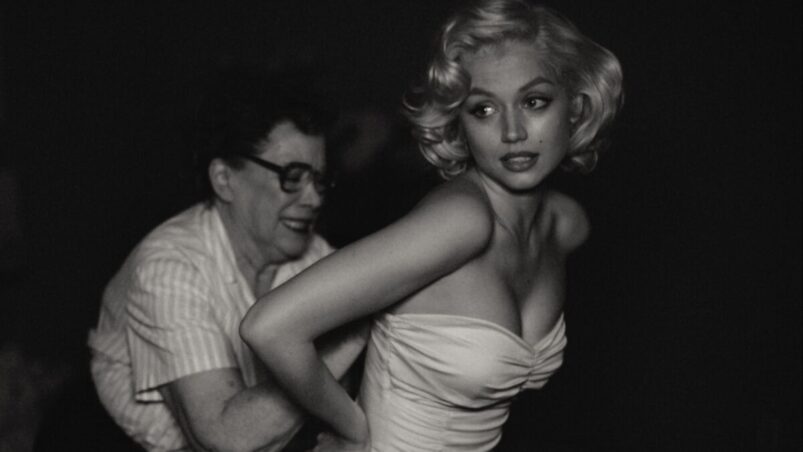 Like Taylor Swift sang in her song August, “August slipped away into a moment in time”, and now we’re in September. September is certainly an improvement compared to the bleak times of August. There are some exciting movie releases that we’ve been buzzing about for some time, which hopefully live up to the hype.

Other movies of note, which will be released on Disney Plus, are Pinocchio and Hocus Pocus 2. Both of these movies are highly anticipated and should be great sources of entertainment should a trip to the cinema feel a little out of the way.

Here are the 5 biggest new movies of September 2022.

The Woman King is a historical epic drama film that tells the story of the Agojie, an all-women military regiment which existed in the Dahomey Kingdom during the 18th and 19th centuries, and protected the kingdom of Dahomey from invaders in the 19th century. Viola Davis plays the role of General Nanisca and received training in martial arts and weaponry to prepare for her role.

However, audiences are wondering how historically accurate it will be, considering that the kingdom is infamously known for its practice of attacking enemy states and enslaving their people. Should these woman warriors be portrayed as heroes given the contentious history? It’s not the first time Hollywood has romanticised history and revised it, and we’ll have to see if the movie tackles the problematic areas of history that come with this portrayal.

Tom George’s See How They Run is a whodunit, which have come back into fashion since the success of Rian Johnson’s Knives Out. Saoirse Ronan and Sam Rockwell play Stalker and Stoppard, a couple of investigators tasked to solve a murder at a prestigious theatre company. The two find themselves thrown into a whodunit within the glamorously sordid theater underground, investigating the mysterious homicide at their own peril.

In an interview with The Guardian, Ronan explains the reason why whodunits still work: “To me, it’s less about who done it and more about being introduced to all these colourful characters.” It is the process of investigation that we get caught up in, turning each clue given adeptly in our heads, striving to put it all together before the final act hits.

So if you enjoy whodunits and watching a talented cast on screen, See How They Run’s the film for you.

Ti West’s X took the movie world by storm by being a well-crafted slasher flick that offered a layered social commentary about ageing and gender. West then revealed that he had also shot a prequel to X, which dives into the origins of Pearl. Mia Goth’s back again to play the titular character, and she also co-wrote the film with West.

The movie takes place in 1918, towards the end of WW1 at a time when a deadly flu pandemic raged on. Isolated on a farmhouse with her ailing parents, and a husband serving overseas, Pearl longs to escape this tedium. She aspires to be a dancer, but her fantasies remain unfulfilled, and everything gets channeled into her combustible rage. With Pearl, West paints a picture of how a serial killer came to be.

The press tour for Don’t Worry, Darling has been the most chaotic thing, with director Olivia Wilde getting served custody papers while she was on stage presenting the film, as well as Shia LaBeouf’s response to his exit from the project. Adding fuel to the fire is the announcement that Florence Pugh, who’s the lead actress in the movie, is doing limited press for the movie, only slated to appear at the Venice Film Festival.

Pugh plays Alice, who has accompanied her husband Jack (Harry Styles) to live in Victory, an experimental company town housing the men who work for the top-secret Victory Project and their families. While the men work on the project, the women work on their beauty and enjoy the luxuries accorded to them. Everything is perfect, until cracks start to appear, and Alice begins to wonder what exactly the work at Victory entails.

Blonde is a fictional reimagination of the life of one of Hollywood’s most enduring icons, Marilyn Monroe. The movie dives into her volatile childhood as Norma Jeane, and takes us through her rise to stardom and various romantic entanglements.

Andrew Dominik’s Blonde has been plagued with a few controversies of its own. Firstly, the casting decision of getting Ana de Armas to play Norma Jeane, which brought up issues like veracity since De Armas is a Cuban actress. As with Kristen Stewart’s casting as Lady Diana in Spencer, audiences are protective of these icons, quick to judge and find failings when there are none. Based on the trailers released, De Armas really seems to embody Marilyn’s character, so we’ll see if she succeeds when the film is released.

Blonde is adapted from Joyce Carol Oates’ novel of the same name, a novel that’s far from biographical. This involves the inclusion of a rape scene that was part of the novel – an incident that was totally made up – making it the first Netflix film to have a NC-17 rating due to the graphic displays of sexual violence.

We’ll see if Blonde can kick off its detractors upon its release.

READ NEXT: 26 Scariest Movies of All Time