Looking for a movie to enjoy in this most romantic of months? We got you covered. 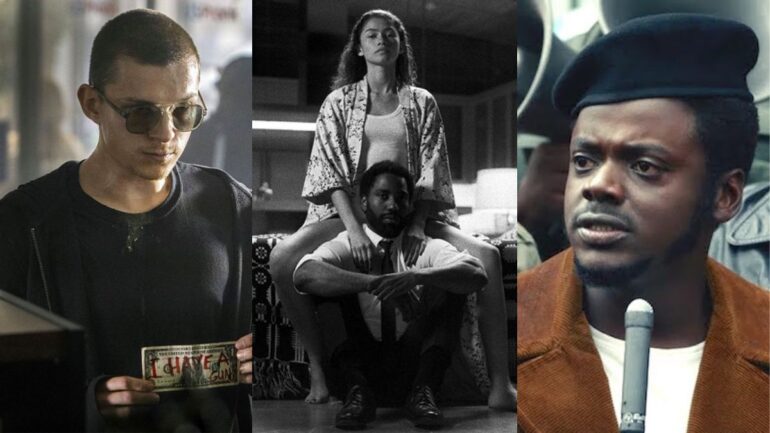 Ah February, the month of romance, a month we go all out for one significant day, before spending the rest of the year believing that romance is dead. With the pandemic keeping most of us still firmly cloistered in our homes, streaming platforms are going all out with their content. So now, your date can be a movie at home, with a simple takeout dinner, or, if you’re like me, date night just means me watching romantic movies on my own in the darkness while my husband plays GTA at the other end of the room.

But of course, the February film slate isn’t just all about the romance genre, with some riveting action and dramatic movies premiering this month. Here are the biggest new movies of February 2021.

Malcolm & Marie explores a familiar scene in relationships: that of the pivotal fight, where couples find themselves spilling from argument to argument, where harsh truths are said and cannot be unsaid. John David Washington and Zendaya play the titular Malcolm and Marie, who find themselves getting into a big fight right after they return from Malcolm’s movie premiere.

This two-hander is directed by Sam Levinson (who helmed Euphoria), and was filmed during the pandemic. It is a good film, but will certainly be emotionally exhausting for the viewer, having to watch a never-ending conflict and bare witness to the consequence. You can catch Malcolm & Marie on Netflix.

Over the years, both Daniel Kaluuya and LaKeith Stanfield have been a part of really good projects. Kaluuya had Get Out, Widows and Black Panther, while Stanfield did great work in Sorry to Bother You and Knives Out. So the fact that they have both come together for this project just cements how great this film is going to be, and what a must-watch it is for the month of February.

The film follows Fred Hampton (Kaluuya), Chairman of the Illinois Black Panther Party, and his betrayal at the hands of FBI informant William O’Neal (Stanfield). Jesse Plemons plays O’Neal’s handler, who sends O’Neal to infiltrate the party, in order to dig up dirt on Hampton. You might recall that Hampton’s character was featured briefly in Aaron Sorkin’s The Trial of the Chicago 7, but it’s great to finally get a film that will spotlight his character.

Judas and the Black Messiah will be released in theatres, though if that’s not an option for you, you can always catch it on HBO Max.

This is a much-anticipated movie for those of us who have been following Lara Jean and Peter’s relationship since the start of the Netflix movie series.

In the sequel, which was released last year, Lara Jean found herself in the difficult position of having to choose between two men, and much to our chagrin, picked Peter in the end (Team John Ambrose for life!). The film picks up where things left off, and this time, Lara Jean is in her final year of high school, having to make decisions about college. Her choice will impact her relationship with Peter, so she has to consider whether she should prioritise their relationship, or choose to go where she wants, and deal with the fall-out.

In an interview with Vox, Jenny Han, author of the book series the films are adapted from, said she actually didn’t plan to do a third book. But because of the 2016 election, she wanted to feel the nostalgia and comfort of her old characters, so she returned to the series to tell a third story. Speaking solely for myself, I think we need more books, Jenny.

Of all the movies of this list, I feel like Cherry has been promoted the most. Perhaps it’s because it reunites Tom Holland with the Russo brothers, and we’re just excited to see the outcome of this collaboration.

Cherry is told in six chapters, with each chapter reflecting a different period in Cherry’s (Holland) life. We can see snippets of this in the trailer – more YA romance for the earlier parts of his life with Emily (Ciara Bravo), which is more slow-moving, before things speed up when it comes to the time he spent in the army. It slows down again after he comes home, and we see the effects of PTSD start to weigh on him, leading to substance abuse. Then it’s fast moving again as it transitions to the bank robbing part of his life.

Cherry will have its cinematic release in February, before making its debut on Apple TV+ on March 12, 2021.

After Sonic the Hedgehog went from being in the pits of the internet to a surprising family-fun movie in 2020, I look at Tom and Jerry with different eyes.

Bringing animated characters into the real world has mixed results, especially when the Tom and Jerry series has an established structure when it comes to story and humour. Also, the previous animated films that featured the pair were mediocre at best. But hey, I am willing to give the movie a chance, especially if it will help revive beloved cartoon characters from my childhood.

In this live-action movie, the cat and mouse game between the pair continue, with a hotel hiring Tom to get rid of Jerry, who has taken residence in the hotel. 2021 seems to be the year for hybrid animation/live-action films, since the new Space Jam movie will be released July 16, 2021. The latter might end up overshadowing the former, but here’s hoping both movies offer us a good time.