We're cordially invited to the wedding event of 2023. 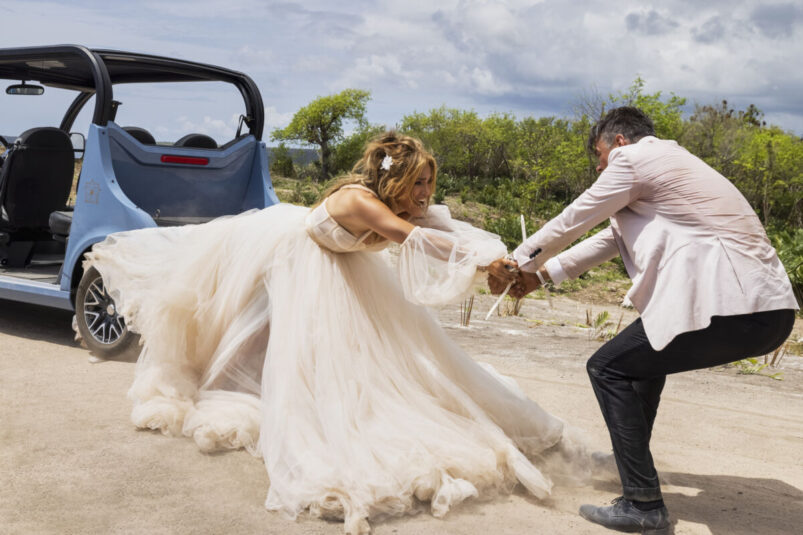 Amazon Prime just announced that Shotgun Wedding, a rom-com starring Jennifer Lopez and Josh Duhamel, will be released next year on January 23, 2023. This action-packed, sexy romantic comedy will allow both actors to show off their physical comedy chops, and should be quite the treat given their experience in the rom-com genre.

In Shotgun Wedding, Darcy (Lopez) and Tom (Duhamel) gather their families for the ultimate destination wedding, and now, just as celebrations are underway, the couple find themselves getting cold feet. Suddenly, everyone’s lives are in danger when the entire party is taken hostage. Darcy and Tom need to work together to save their loved ones – if they don’t kill each other first.

The mid-budget rom-com started to disappear from theatres after 2018, with streaming platforms like Amazon Prime and Netflix taking on the task of releasing rom-coms instead. Still, compared to the mid 2000s, there weren’t many recognisable stars attached to these projects. However, 2022 seems to be the return of the rom-com. Just this year alone Lopez starred in Marry Me with Owen Wilson, and there was also The Lost City with Sandra Bullock and Channing Tatum that got a theatrical release.

I have high hopes for Shotgun Wedding – here’s hoping it delivers.