Did you enjoy New York being hit by endless extreme weather conditions over the Winter? Re-live all the fun in this week's New Amsterdam. 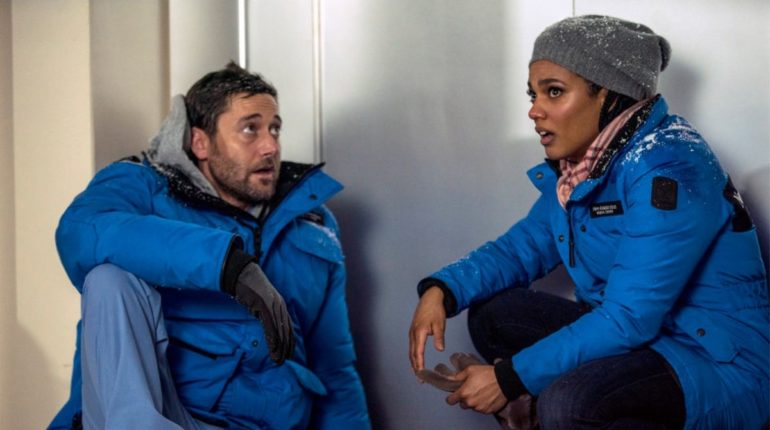 This episode of New Amsterdam, “King of Swords”, tops the charts for this season’s best, and despite the amount of praise that’s been given to the series, this particular episode went above and beyond the others. The emphasis on the episode was on a blizzard in New York City which had essentially rendered the hospital useless in the face of it. In order to help patients, Max decides to take matters into his own hands and sends out his team of doctors to the different emergency calls being made in the vicinity of the hospital.

The reason why this storyline is so commendable and stands out so much is that it’s unique. Sure, we’ve seen plenty of insane disasters unfold on medical dramas, like foreign objects impaling humans or fires engulfing victims. But this was something different, something relatable. While not all of us live in environments that face such harsh weather conditions, many of us do and have seen the disastrous impact such storms can have. Seeing Max’s character take charge in the midst of such a crisis was so inspiring, more than anything that’s recently been on television.

There is a lot of hidden meaning and messages in this New Amsterdam episode, “King of Swords”, and it poetically reveals itself throughout the hour. When it comes to Max, he’s always willing to go above and beyond for his patients, and he demonstrates that ten-fold in “King of Swords”. When you compare the character of Max to other medical drama doctors, there is such a stark difference. Ryan Eggold brings such realism and relatability to the character that anyone can find themselves connecting with Max. He represents the good part of humanity in a way that everyone wants to strive to achieve. There have been very few characters in similar shows that make the viewer feel the way Max does, and while there certainly are, Max tops the list in every way.

In fact, in “King of Swords”, despite his health, Max endangers himself to help a patient that can’t leave her home. And not only does he do this, but he also motivates and encourages the doctors in his charge to do the same. These type of characters elevate New Amsterdam to heights that other medical dramas would have difficulty reaching. No matter how many times it has been said in these reviews, New Amsterdam is worthy of all the repeated praise because it has such a heartfelt core, and that comes out throughout “King of Swords”.

The blizzard presents all sort of obstacles for each doctor who ventures out into the extreme weather conditions, but it also brings to light that, when push comes to shove, they’re able to do some amazing things. These capabilities are highlighted by Max’s belief in them, which is what makes his character so profound and unique across the board, whether it’s in this series or other medical dramas.

Another aspect of “King of Swords” focuses on each of the doctors’ experiences out in the blizzard. Iggy finds himself stuck on the roof unable to get back inside after the door closes behind him. It’s at that moment that life becomes even more precious and the future looks so bleak. Will he make it out alive? Will he freeze to death? Will anyone realize he’s gone? He has one tiny sliver of hope when the door opens and a teenage boy comes running out, only to let the door close behind him too. Stuck on the roof, in the cold, Iggy and this teen have to rely on one another to get through this unfortunate situation. There is some irony in this unfortunate happenstance because Iggy accidentally gets stuck up there but the teen boy was trying to run away on purpose. These two very different reasons shed light on something very important – does anyone know they’re gone?

Iggy isn’t exactly thinking about that, so much as he’s hoping someone, anyone will come open the door for them. But for the teenage boy, there was more significance to being stuck up there–he didn’t even think anyone even noticed him. It’s difficult to see the sadness take over his face but it’s all happening in the midst of a crazy blizzard that could very well take his life. The idea of being noticed and accepted is often so important that we forego other important things in life. At that moment, he was stuck on a roof in the middle of a blizzard, and moments before his concerns lie with being noticed. Whether or not New Amsterdam meant for viewers to see that situation in this light is unknown, but a lot can be taken away from those scenes because it speaks a lot about loneliness, feeling abandoned, and hopelessness.

Randolph and Vijay both have very interesting patients they take care of in “King of Swords”, both devastating and both revolving around love. Randolph’s patient is impaled by a rod in the middle of the storm, while Vijay’s patient is expected to die at any moment. There are similarities and differences between both of their stories, but what’s beautiful about it is that it focuses on the bond of love. When it’s confirmed his patient will pass away, Vijay courageously steps out into the storm to let her husband know. Meanwhile, Randolph risks everything to save a patient that seems near impossible to save given the extent of his injuries. But knowing his patient feels responsible for what has happened, it sparks a passion inside of Randolph to save him. This all boils down to Max’s encouragement and the way he has made New Amsterdam handle things. It’s also why the show is so different than the rest, because it is multi-layered with emotions, stories, and hidden meanings.

Speaking of hidden meanings, a clairvoyant patient gets into Max and Helen’s head about the idea of the two of them getting together, which seems to be something that will be explored in the episodes to come. What’s interesting about this storyline is that it comes at a time Max’s life is so incredibly complicated. Can New Amsterdam really afford to handle another layer to his laundry list of issues? Between his cancer, chemo, pregnant wife, and managing a hospital, could the idea of being with Helen really be something on his mind? It’d be interesting to see the series try and tackle that in a way that would work, because love stories always find their way into medical dramas (just talk to Grey’s Anatomy fans). But New Amsterdam has always gone above and beyond that in a way that we can enjoy, so it’s definitely curious how they will handle Helen and Max’s story – and what that will mean for the overall vibe and feel of the show. Time will tell us all we need to know – eventually.