Sometimes reality itself is the most horrifying thing. 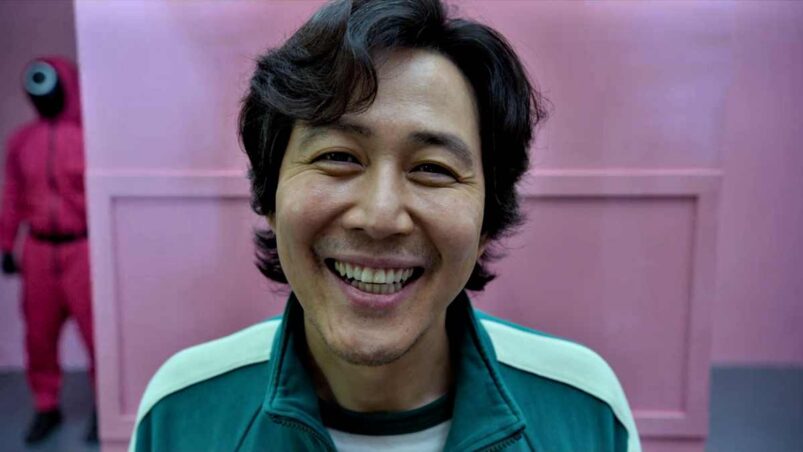 In Arthur Miller’s Playing for Time, there is this scene where the Nazis experiment on the mentally unsound. The Blue Danube is chosen, and as the prisoners sway to the music, appreciating and enjoying the beauty of the swirling sounds, they are wheeled into the gas. In this one moment, beauty and horror co-exist, though eventually the sheer juxtaposition is enough to taint the beauty of the music. I was constantly reminded of this as I watched Squid Game, where coincidentally The Blue Danube is usually played before the games commence.

But that’sour lived reality, isn’t it? Juxtaposition. For every single moment that is enjoyed, there is agony on the other side of things. The rich live it up, while the poor hustle, and everywhere we are sold the pipe dream that if we work hard enough for the things we want, we can achieve them. We highlight these success stories, as if to say, “See? You can do it too.” The flipside isn’t the focus, where those born into poverty remain there their entire lives, with elderly members of society having to work menial jobs because they can’t afford not to.

In Squid Game, we are brought into a world involving games that children play on the schoolyard, but with deadly stakes. After the realisation of the cost of losing at these games – the absolute massacre that was “Red Light, Green Light” – the contestants vote to leave, and the head honcho in the mask lets them. This confused me, since I was so sure that the old man would vote for things to stay status quo. As each contestant returns to their individual lives, we start to see that even though participation in the games would most likely result in their deaths, outside of it, there isn’t much for them to rely on.

Sang-woo is being chased down for embezzlement and fraud, Gi-hun needs money for his mother, and accepting money from his wife’s new husband might cost him his daughter. Ali has a wife and child to support, and is working in an environment where he doesn’t get paid for his honest work, even after he lost his fingers as a result of his work there. Sae Byeok needs money to build a life for her brother and herself. One by one, they make the decision to reenter the competition, knowing the cost, yet recognising that the world inside offers them more hope than the one outside it. Within this bright-walled arena, the playing field is levelled, and they compete as equals.

Compared to Battle Royale or The Hunger Games, which were both narratives that emphasized the costs of war for our young, Squid Game drives home the horrors of living in modern society, horrors that we ignore or rationalise away. Gi-hun was a normal man leading a normal life, until he was retrenched. He watched his co-worker die in the protest, never made it to his wife’s delivery, and from then on, his whole world was turned upside down.

Retrenchment is always sold as an opportunity to adapt, to update your skills and pivot to a new industry. But when you have a family, taking the necessary downtime to work towards something new isn’t always possible. Gi-hun became a chauffeur, but probably recognised that this job wouldn’t be enough to pay the bills, so he turned to compulsive habits to earn some quick cash. A gambler always believes he can dig his way out with one big win, and this belief results in more losses, more money borrowed, and more debt incurred.

Instead of helping his family, he has become a financial burden. This leads to the dissolution of his family, and his wife marries someone who has the means to take care of her and her daughter. To feed his addiction, he even steals from his own mother, and instead of using the money to buy his daughter a nice dinner and present on her birthday, he whittles it all away at the race track. It gets so bad that even his body becomes a means of collateral – he has no ownership over his own body, which now belongs to his debtors.

The show fleshes out the lengths he would go for money, willingly accepting slaps imposed on his person, all for the chance to risk it all again for some of that sweet green. While playing the games, this greed is amplified, and brings out the ugliness of human nature – to abandon values, to maim and murder others in order to get ahead. It’s couched as survival when really it is the selling of one’s soul. Sang-woo’s actions are no surprise when we think about the things he did in the real world, not just to his clients but his own mother as well, all for the lure of money.

Still, there are glimpses of humanity to be found, in someone like Ali who chose to save others time and time again, or Ji-yeong’s sacrifice for Sae Byeok. These are individuals we root for, only for them to end up dead anyway. It’s proof of the adage that “no good deed goes unpunished”. We believe that good acts and ethical behaviour are rewarding – we feel good about ourselves, we become more connected to people, and we get to help and benefit others. But good deeds don’t necessarily breed similar returns; people will still be nasty to you, and sometimes, those you help might not help you back when push comes to shove.

This is the reality of our self serving world, and through Squid Game, we are forced to bear witness to it, to come face to face with human depravities that rest within all of us, which can come rushing to the surface with the right tipping point. It is a mirror to who we are, and that is the most frightening thing of all.

READ NEXT: The Best Zombie Shows On Netflix