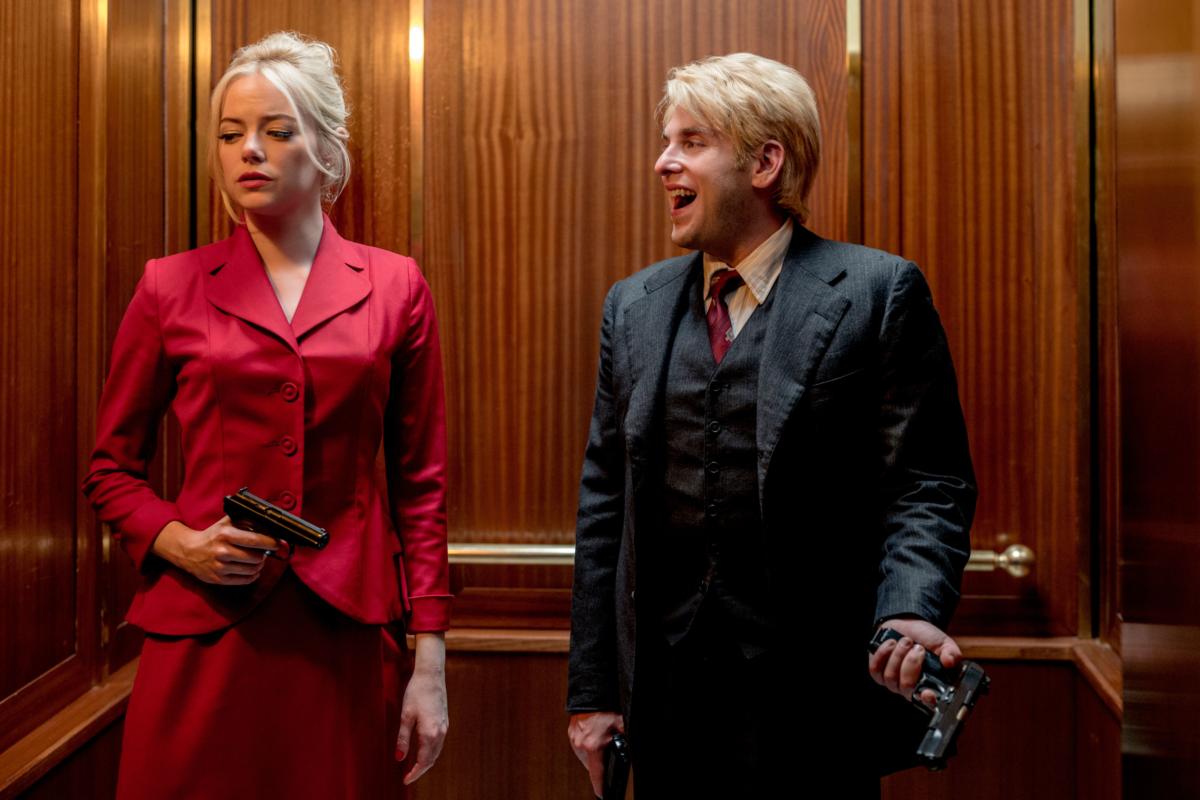 Some things are best gone into blind. I believe sometimes a movie experience can be heightened by not having watched any trailers, or not having a clue what the plot is going to entail. However, an experimental hallucinogenic drug trial is probably not something that is improved by ignorance of what you will be subjected to.

The casting of Emma Stone and Jonah Hill seems to be front and centre in the marketing of Netflix’s new show Maniac. Emma Stone is probably the biggest star to feature in a TV show since Matthew McConaughey helped subvert the old meme that movies were a step up in a career, and TV a step down (resorting to cameos on mediocre-yet-popular sitcoms late in a career, you get the drift). It actually took my brain a few fractions of a second longer than it should have to recognise Jonah Hill at first, whom some of you may know from candid paparazzi shots that he has lost weight. Those of you reading this who know me will know I am embarrassingly bad with faces though – Gary Oldman he ain’t.

But the narrative is the real star here. Like, this show is good. Makes you want to write about it good. I went back to the first episode to remind myself of the first scene with Jonah in it, and it becomes even better the second time round – characters and throwaway lines you hadn’t noticed are given weight later, which is a sign of superb writing. I am a sucker for movies that start with amoebas and such and promise to talk about something super deep (Kaufman’s Adaptation springs to mind), but Maniac tackles some wonderful issues (including briefly touching upon what is probably every man’s fear of being stuck in a one-bed apartment with a wife and 9 kids).

It’s tricky to talk about because I feel much of it is best left as a surprise – Maniac plays its hand expertly. Being a “limited series”, it is essentially a very long movie. Characters are set up in the first two episodes, there is a lovely little spanner thrown in the works in episode 5 that gathers momentum for an epic conclusion in episode 8, and the final two feel like a wonderful conclusion and resolve. It has time to give the appropriate gravitas to what are some pretty heavy emotions going around – the masculine fear of being trapped, of placing your need to love and be loved in perhaps the wrong person, etc. Like a real psychiatric session some deep stuff can be dredged up. This is a movie featuring psychoanalysis and intense drug trips, and if you are like me, that synopsis alone will have you sold.

The medium of the drug trip allows the narrative to have fun along the way. Maniac tells some stand-alone plots – fun in their own right – that really shine as the manifestation of various character’s families and anxieties. Literally any setting and basic “quest” storyline can be thrown together – keeping things visually and thematically interesting along the way – and it actually bolsters our understanding of the deep psyches of these characters. To go back to the Gary Oldman example, it would be like if every role he played were no longer separate movies, but explorations of various parts of the same person’s persona. It’s pretty cool stuff. The hallucinatory setting also allows the show to have some real freedom with the environment. If, for example, a protagonist needs to resolve their hero complex, and a flashy space battle is the best setting for that sort of climax, then in the context of a drug trip you can set it there while still making sense from a narrative point of view.

So, back to Jonah Hill for a bit. There was a semi-viral video (is 600k views semi-viral? Answers on a postcard please) featuring various radio and talk show hosts being straight up rude to Jonah, set to “Hurt” by Johnny Cash, and Jonah’s role in this feels like he is coming off the back of that slightly. He is a broken man, and just looks downright dejected for pretty much the entirety of the season.

He also helps Maniac feel like an indie movie by mumbling virtually every line in the series. It makes sense for his character, but later when he plays the philosophical son of a gangster, he channels contemporary mumble rappers and every word sounds like he is fighting off passing out after three Ambien. Mumble rappers are irritating, and so is this. The very nature of the character and his arc is somewhat of an “everyman”, but he needs to be a bit of a schlub (sorry Jonah), so he works well for this.

Most of the more nuanced acting is left in the capable hands of Emma Stone, and it becomes obvious why someone like Stone would want this gig. It has to be a dream role for an actor: a variety of settings and personas to show off their range, while having fun with costumes – a thespian jaded by Hollywood could rediscover their joy for the craft with a role like this (who doesn’t want to play a drunken elven ranger?).

Other notable performances come from Sonoya Mizuno, as Dr Azumi – some of you may recognise her as the sex/housekeeper robot in Ex Machina, but she also shared a screen with Stone in La La Land, and was in another Netflix production, Annihilation. She is unrecognisable in this role to me, and not because she changed her weight (the power of a wig and glasses I suppose, but I must award her the Gary Oldman award for enveloping the viewer in the character).

Unfortunately, I feel her character could do with a bit more development – there is a dark ambition that is hinted at early in the season, but is never really expanded upon. Justin Theroux, whom some of you may recognise from The Leftovers (by all accounts very much worth a watch), also gives an amazing performance as Dr James Mantleray – subtle at first, but his tics and chin clenches become a work of art when his mother comes into the picture.

The last thing of note I will mention is the aesthetic. Maniac seems to be set in an alternate-reality 80s, and utilises those visuals wonderfully. The show uses dark white rooms and coloured lights to create some gorgeous 80s pastels, and allows for humorous scenes like the cheesy intro video that is played to the patients. You would be forgiven for thinking this show is set in the future, as before the 80s visuals kick in, the show introduces us to some clever non-existent services, like the “ad buddy” – get your coffee and so forth paid for in exchange for someone following you around reading you ads. It’s a lovely touch, and a nice commentary on today’s “freemium” games, where we volunteer for ads to reduce the grind of getting in-game currency. The show has a wonderfully dark sense of humour throughout (the “fuck tube” is a notable example), and like any good comedy, it delivers that humour in its own style.

All these touches help Maniac create its own reality, so you can disconnect a little more from our own when you become engrossed in it. It’s rather soothing.

So if you haven’t already gathered from my gushing review, Maniac is worth a watch. I have tried my best to keep things vague in this review, as it is best discovered for yourself. It soothes you with its relaxed atmosphere and deep indie mumbles, then sucker punches you with emotion and deep thots. They say good art can change your life, and this show literally made me reassess some aspects of my life. That’s about as good a review as I can give.