Neon Genesis Evangelion Beginner’s Guide: Everything You Need To Know 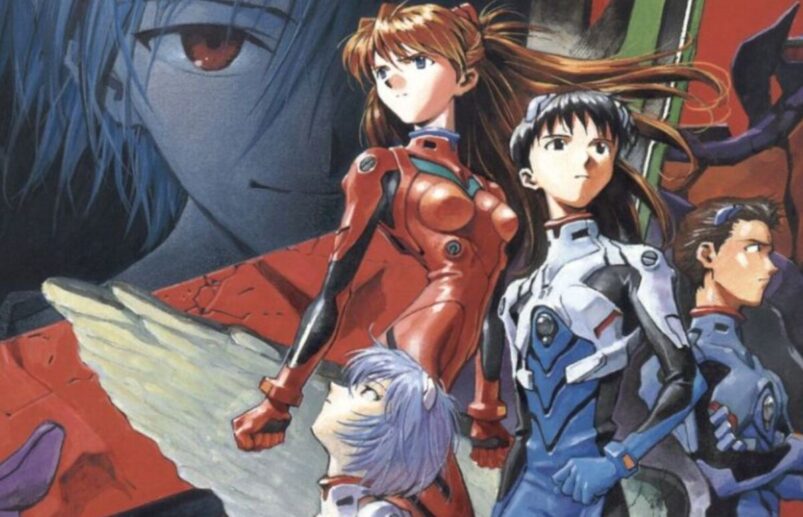 When it comes to shows that have demonstrated the potential of anime and animation in general to tell a story, few are as influential as Neon Genesis Evangelion. One of the select groups of anime to have inspired a manga adaptation instead of the other way around, Evangelion is a trendsetter in more ways than one.

It’s also a series that features a highly reluctant hero who suffers from every battle instead of succeeding and growing stronger. Exploring psychology, philosophy, sociology, and religion, the series boasts a notable depth and is loaded with heady issues that regularly become the crux of the story in lieu of crazy action sequences or massive battles between opposing forces.

All of these factors have helped Neon Genesis Evangelion to leave a sizable mark on the anime scene, but for those on the outside, the hefty praises and inscrutable descriptions of the series only make it sound even more daunting. That’s why we’ve crafted this handy Neon Genesis Evangelion beginner’s guide to usher you a little more gradually into this world.

The series follows Shinji Ikari, a meek, quiet young boy who is summoned to the futuristic Tokyo-3 by his scientist father, Gendo. Shinji’s father works for NERV, an organization that creates massive robots to battle off the alien threat known as Angels. He wants Shinji to operate one of these machines and help to save humanity, as they can only be operated by teenagers, and the software has a connection to Shinji that his father believes will make the boy a highly effective pilot.

Though Shinji hates violence and struggles with his mental illness, he agrees to operate the giant mech. Alongside troubled loner Rei and bombastic egotist Asuka, Shinji becomes one of the last hopes of staving off the Angel threat and saving humanity from the apocalypse.

Hideaki Anno created Neon Genesis Evangelion while in the throes of depression following two failed projects he had completed back to back.

Working with Gainax and King Records, Anno nonetheless agreed to a new project, though he stated that it was influenced heavily by his depression and followed the theme of “not running away.”

Anno’s hope was to succeed in this project by gaining the attention of otaku fans while reflecting on his extensive four-year depression and exploring similar themes within the story and characters of the series.

Who Are the Main Neon Genesis Evangelion Characters?

Shinji Ikari is the main character and the audience proxy through which we learn about this world and how things work in it.

Early on, he befriends the mysterious Rei Ayanami, another Evangelion pilot who appears to be selflessly devoted to Shinji’s father, Gendo Ikari.

Misato Katsuragi is the caretaker of Shinji and possesses a relaxed, carefree demeanor that immediately falls away when she is at work, commanding the forces of NERV and working with Gendo.

Later on, Asuka Langley joins NERV as the third Evangelion pilot. Boisterous, bossy, and occasionally rude, Asuka butts heads with the other pilots, but her attitude belies a hidden pain that she has pushed down for many years.

Other key characters are pragmatic scientist Ritsuko Akagi and Kaworu Nagisa, a strange young man who befriends Shinji around the midpoint of the series.

What’s the Difference Between the Two Series?

The original Neon Genesis Evangelion was a 26-episode series meant to tell a complete story rather than be an ongoing franchise. It aired in the mid-90s and ran into budgetary issues toward the end of its run, leading to a truncated ending in the final two episodes. Due to this and the fan outcry that followed, two films were produced: Death & Rebirth, which retold the events of the series in short form, and End of Evangelion, which served as a sort of reimagined ending and epilogue to the series.

Later on, in 2007, the Rebuild of Evangelion project released its first part: 1.0 You Are (Not) Alone. Though it initially appeared to be a faithful remake of the series in movie format, as subsequent installments were released in 2009, 2012, and 2021, the story veered off increasingly from the original series, becoming very much its own thing by the end.

Where To Watch Neon Genesis Evangelion

You can watch the entire original series as well as both original films from Neon Genesis Evangelion on Netflix. Meanwhile, Rebuild of Evangelion is available exclusively on Amazon Prime Video in most regions.

Where To Read the Neon Genesis Evangelion Manga

As mentioned above, Evangelion is unique in that the manga adaptation was released to promote the TV series, rather than the series being an adaptation of the manga. All 97 issues can be read on the official manga page online, albeit with the occasional ad. Conversely, you can order a physical version of the series through outlets like Amazon or Indigo.

If you’re looking to experience the world of Evangelion from the inside, one of the best games you can find is Neon Genesis Evangelion: Battle Orchestra. The game allows you to replay every big battle from the series, so as far as getting some Evangelion action, it might be your best choice.

However, if you’re more after the story elements of the series, Secret of Evangelion might be a better bet. The plot follows an intelligence agent for NERV trying to find the truth behind the organization and its many secret projects.

It’s definitely possible to dive into the games, but it’s going to be tough on your wallet as they’re a rare commodity and can only be played on their original platforms.

What You Should Try After Neon Genesis Evangelion

If you’re looking for another show with apocalyptic stakes and a hero who isn’t sure what to do with his newfound power, Devilman Crybaby explores many similar themes to Neon Genesis Evangelion and also gets really “out there” as the series goes on. It even has a borderline incomprehensible ending, just like Evangelion.

However, if you’re looking for something a bit more straightforward, Psycho Pass takes place in a future version of Japan as well and tackles many of the same themes of morality and technology that made Evangelion such a hit, to begin with.

READ NEXT: Metroid Beginner’s Guide: Everything You Need To Know