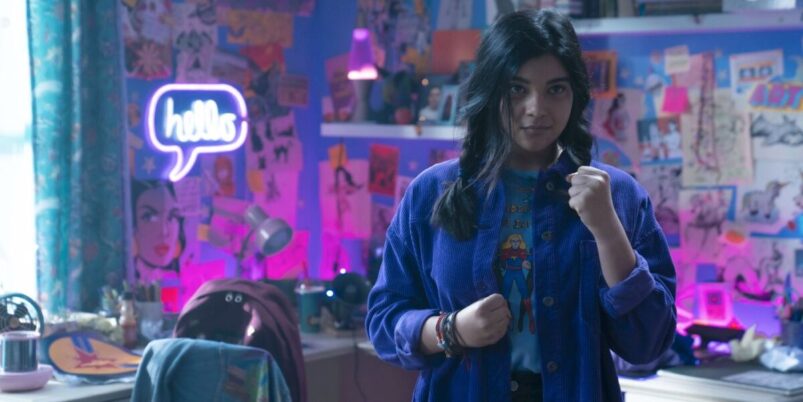 Ms. Marvel’s second episode, ‘Crushed’, picks up right where the last episode left off, with a rebellious Kamala refusing to take her head out of the sky to focus on her studies. An episode that drags by its end, it leaves audiences asking even more questions about what’s happening.

‘Crushed’ opens with Kamala Khan with a new sense of confidence in her life, after realising she has superpowers. Iman Vellani is brilliant in this moment, oozing confidence throughout the sequence. This contrasts the shy, bullied girl the last time audiences saw her walking down the school corridor, the typical portrayal of a kid who likes superheroes. Now that she finds out she has superpowers, it has an immense effect on her confidence, as it might with anyone.

Zoe Zimmer’s party is where the episode should have been shortened. It serves to do nothing else other than introduce Kamala’s crush Kamran, which could have easily been what stops Kamala’s confidence in the prior scene, instead of Zoe boasting about being saved by a superhero. Both this and the party are completely unnecessary: ‘Crushed’ ends up cutting it short and isn’t interested in exploring anything there. Marvel knows they are retreading extremely similar ground to Spider-Man: Homecoming, but they’ve thrown in the scene anyway.

The training sequence is a fun montage with Kamala and Bruno, and helps to answer some lingering questions over what Kamala’s powers are. It also showcases a moment rarely seen in Marvel films, and that’s physical training. Superheroes are often presented as effortlessly strong, emphasising complete mastery of their powers, with their actual physical attributes left by the wayside. Marvel reminds the audience in this scene that mastery of superhero powers is nothing without physical training. This makes Kamala somewhat more relatable to the audience, as it humanises her, making her less like a perfect superhero.

Kamran is a delight, with Rish Shah bringing some genuine charm and likeability to the role. His scene with Kamala in the café is sweet, with the two bonding over movies like any teen couple would. When Kamala’s brother interrupts, it brings the scene down a little. Kamala lies and says Kamran is their cousin, but it’s clear from the last episode that her brother would stand by her, and keep her secret. But in a weird way her lie ends up somewhat being true, as the episode implies Kamran is somehow related to Kamala’s great grandmother. Hopefully next week clears this up, because at the moment the relationship is approaching something incestual.

The audience gets some backstory on Kamala’s family, showcasing the historical damage that the British have done to India and Pakistan by chaotically dividing the two countries. Kamala’s dad calmly explains this. Kamala’s mum removes herself from the table, hinting at past trauma. Zenobia Shroff once again turns in a great performance, with her facial expression showing that she’s reliving the scenario then and there.

Kamala’s friend Nakia gets more time to shine this week, with Kamala encouraging her to run for election in their mosque. This culminates in a hilarious, though extremely manipulative voting pitch, with Nakia guilt tripping Kamala’s dad into voting for her. Mohan Kapoor reacts with a brilliant face, with his jaw dropping to the floor as he tries to work out what just happened. Kamala and Nakia also share a closer scene together in the school’s bathroom, where they coin an analogy between Kamala’s powers and the adolescent embarrassment of getting a spot, which is something that many teenagers can relate to. This continues the excellent job the show does at capturing the small moments between friends and family.

Bruno takes a backseat in ‘Crushed’, being sidelined for Nakia or Kamran. He regresses into a jealous type, hinting that maybe he does harbour feelings for Kamala, though this would be out of place with the platonic portrayal of last week. It’s annoying with shows that feature two friends of the opposite sex that it moves to make them a couple or imply that one actually has a crush on another, because that isn’t true for most friendships. Friends do become jealous when someone stops hanging out with them, but this isn’t the case. In a show that gets the majority of its beats surrounding friendship and teen life right, this one lands wrong.

Marvel continues to dripfeed audiences information about the evil office workers from last episode by continuing to show the audience that they are indeed evil. However, that’s all the audience gets, with the group lacking any motivation and identity. The group clearly hates people with superpowers, and possesses what looks like Stark technology, but that’s all the audience gets. The villains aren’t the main focus, getting very little screen time, but the screen time they get isn’t used well. It’s hard to find an organisation compelling or threatening when next to nothing about them is explained. We’re a third of the way into the show, yet the villains lack any way for the audience to even begin to understand them. Marvel should have left them out entirely, focusing on Kamala’s family story instead.

While Ms. Marvel is still an enjoyable watch, ‘Crushed’ doesn’t reach the same highs as its opening episode, dragging painfully in places. The show could do with fleshing out its villains to make them feel like a threat, because currently they still lack anything compelling about them. There are plenty of questions that the episode sets up, and hopefully next week the audience will begin to see some answers. 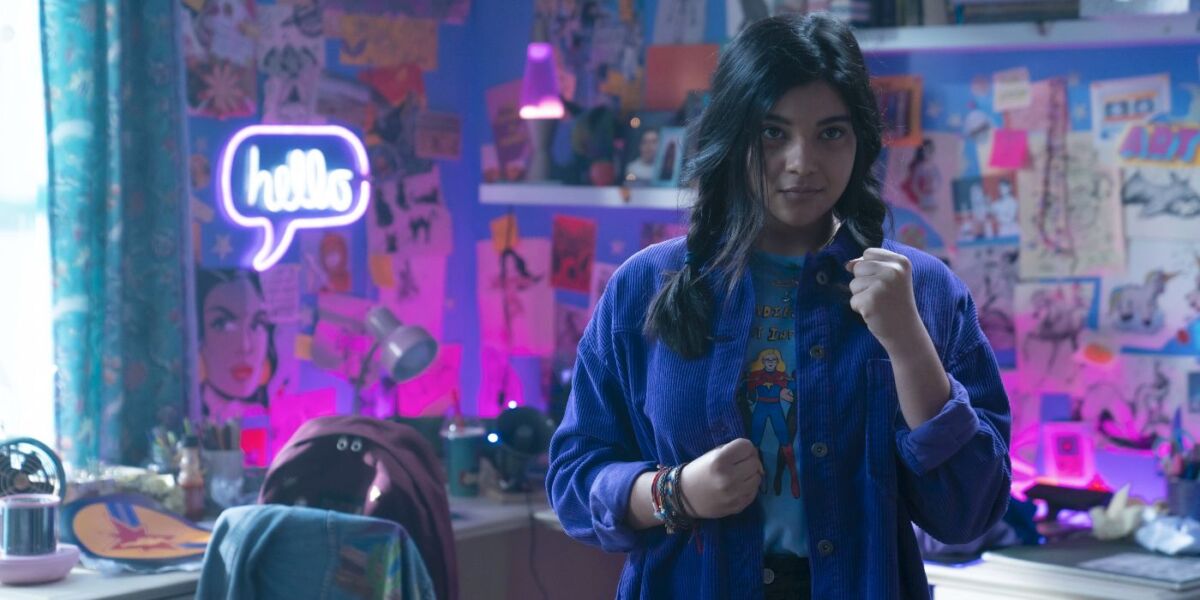 Verdict
'Crushed' drops from last week's positive start, dragging in places. Iman Vellani continues to shine as Kamala, showcasing her relatability as a lead, with an accurate representation of teen life. The villains also continue to be a low point, taking up more screen time without saying anything interesting.
6
Cultured Vultures is a pop culture website established in 2013 covering all things gaming, movies, and more. We eat your words.
All The News On The Biggest Games