Moving Out To Debut Free “Moving In” Update

Presumably, there will also be the "Moving Shake It All About" update. 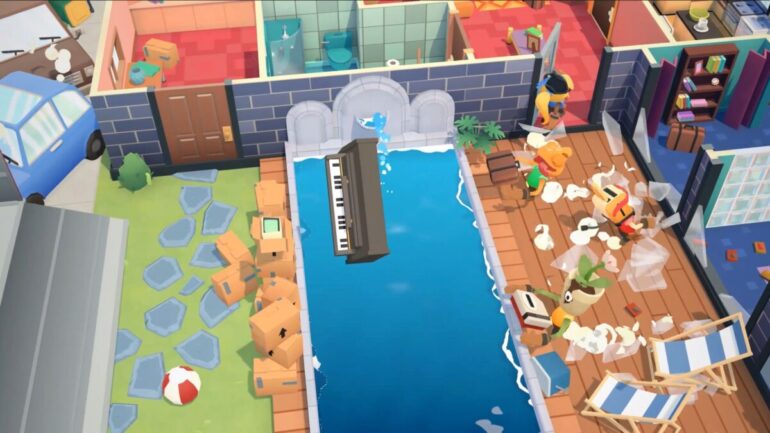 Team17, DevM Games and SMG Studio have announced that they’ll be releasing a brand new free update to their physics-based co-op game Moving Out. It’s called the Moving In update, and it’s exactly what it says on the tin. Check out the debut trailer at the top of the page.

What Is Moving Out?

Moving Out is one of the best couch co-op games going, if you like being put under pressure at least. Players control employees of a very clumsy furniture moving company, visiting a variety of levels where they stuff a bunch of crap into the back of a van. It’s meant to look like furniture moving, but it often looks like a violent smash and grab. Either way, Moving Out is a lot of fun.

So What’s New With The Moving In Update?

Well, if the base game is about moving furniture out, the update flips that premise on its head, as you move furniture off the back of the moving truck and into 12 of the game’s levels. For those who play using the assist mode, there’s even an option to let the furniture auto-snap to where it needs to be. Couple that with some new uniforms and dance moves, and you’ve got a pretty well-rounded free update. Get ready to unpack the Moving In update at some point soon on PC and consoles.