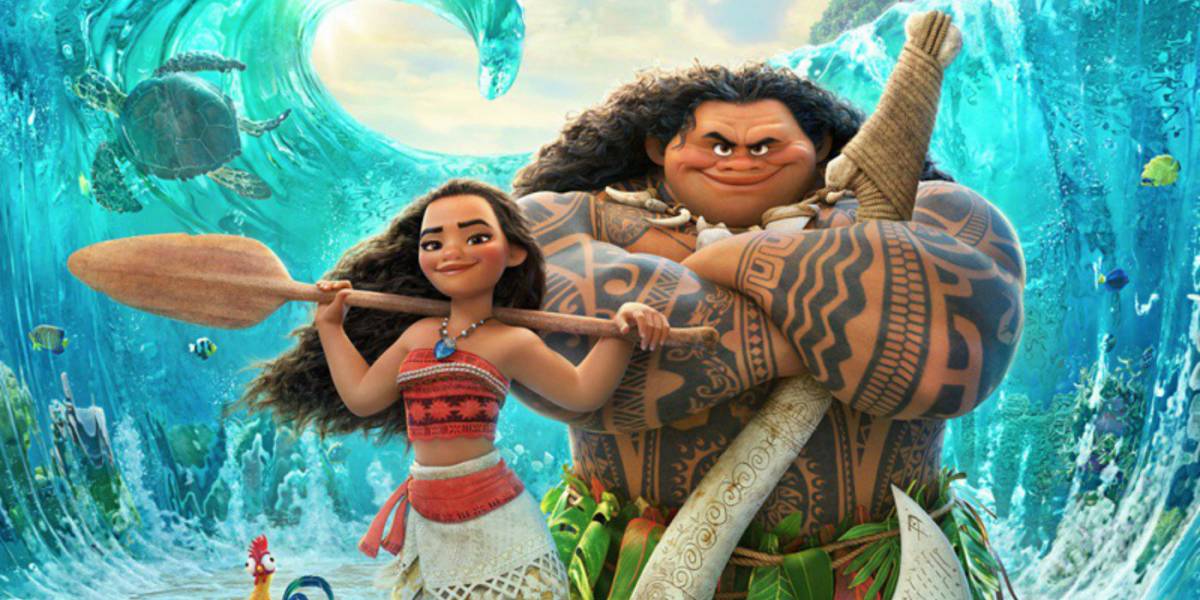 Moana is the latest film by Disney and introduces a new culture to a huge audience. Polynesian culture has been unrepresented in the mainstream and this film is one of the first depictions of the Pacific Islands in modern filmmaking.

The film plays out in a traditional Disney format. Goddesses, epic journeys and magic are all present, but at the heart of Moana’s story is her culture, history and an environmental consciousness which is apt in the age of Trump.

Moana must find a demi-god called Maui, played by Dwayne “The Rock” Johnson, and convince him to help her return a relic he stole back to a living island or the world will die. Big stakes. This takes the characters across the large Pacific Ocean and facing all manners of antagonists. One scene even references Mad Max Fury Road as Moana is hunted down by pigmy pirates. There is also some Disney wit coming in the form of meta jokes. Despite Moana claiming not to be a princess, Maui points out that she is wearing a dress and has an animal sidekick and therefore (by the rules of Disney), must be a princess.

This is the second strong female lead in recent history for Disney after Frozen and there is no need for love interests to be entered into the equation, as she has motivation enough with the world dying. This is a tone that has been carried on from Frozen, which is not only progress socially, but also for Disney’s coffers.

One place they are likely to make their treasure too is the music. While not as easy to sing along with, (some songs are in the Polynesian language of Tokelauan), when I left the cinema, I found myself humming the songs long after the film finished. It is not just the melodies but stories that attracts the listeners. This is in part is down to their songwriter Lin-Manuel Miranda who has found great success with Hamilton on Broadway.

The animation is incredible, particularly the detail of water, hair and foliage. All things which are notoriously difficult to animate yet are the best examples I have ever seen. According to the credits, they had entire teams working on just the water.

There was obvious care being made by the directors and Disney to make sure they ‘got it right’ when it came to representing the Polynesian culture. Reportedly, directors Ron Clements and John Musker travelled to various islands while also gathering a brain trust of anthropologists and historians to guide their decisions.

Disney has struggled to justify using cultural stories, often treating them with little care, but it seems that Moana is an exception to this rule. It therefore makes it a much more comfortable watch than usual – you feel as if you are learning about another culture and gaining insights into the thought processes of a people from a whole world away, while also enjoying an entertaining romp.

While the storyline is basic and simplified, the animation and songs more than make up for it. Moana is pushing the boundaries on what we can expect from a Disney film and in the future, this can only be a good thing.