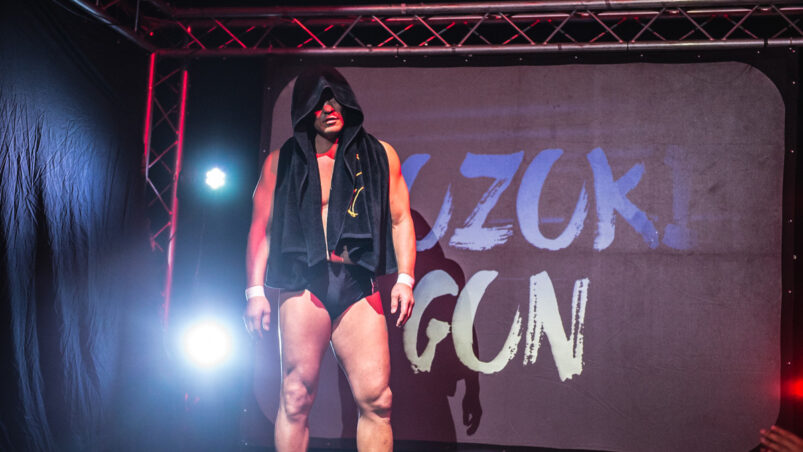 For years, Minoru Suzuki has been the unimpeachable ‘King of Pro Wrestling’, with a potential greatest of all time level career to back up his claims. Suzuki has commanded over his successful NJPW stable for a decade since he usurped Satoshi Kojima in May 2011. However, it’s become apparent in recent months (and years) that the King may not hold Suzuki-gun’s boldest position, despite residing as its signified leader.

Suzuki remains the leader of his eponymous faction, but he’s taken the back seat to some of his stablemates. Zack Sabre Jr., Taichi and El Desperado have enjoyed the New Japan spotlight since the return from COVID-closure in June 2020, with three IWGP Heavyweight Tag Team Title runs for Dangerous Tekkers, alongside a high-profile IWGP Junior Heavyweight Championship reign for Despy.

Suzuki has remained present in NJPW, even having a high-profile program of his own in a NEVER Openweight feud with Shingo Takagi. Since the June 2020 re-start, Suzuki has fought sparing stand-alone singles matches against the likes of Yuji Nagata and Yuya Uemura, alongside his NEVER Openweight ventures with ‘The Dragon’ and a distinguished G1 Climax 30.

To describe Minoru Suzuki as his faction’s overshadowed leader would be quite pertinent. He hasn’t been wiped off the map by any stretch of the imagination, but his spot on the roster has been downsided to make way for the emerging powers of ZSJ, Taichi and El Desperado, within his very own faction.

Suzuki hasn’t had a major feud in 2021, whereas his stablemates have. Now, this isn’t exactly an issue, but it’s interesting to see that the Suzuki-gun leader hasn’t been utilised much this year. Suzuki has been ignored somewhat by a NJPW booking committee that has struggled with a depleted roster through the pandemic. Pro wrestling’s ‘King’ could’ve been placed in a more central role this past year, but instead it’s been his allies who have taken some of those spots.

ZSJ and Taichi have impressed in their Dangerous Tekkers duo, counting good matches against various tag team opponents. After the pandemic enforced break in early 2020, the heavyweight tag titles have returned to more predominance within the promotion as a whole. Dangerous Tekkers have been a critical part of this.

The aforementioned high-profile matches with the Golden Aces in 2020 were followed up by feuds with G.O.D, Hirooki Goto and YOSHI-HASHI of Chaos, and the L.I.J duo, Tetsuya Naito and SANADA. While all this was going on, Suzuki’s only rivalry of note was with Shingo Takagi.

Minoru Suzuki is one of those wrestlers I just love watching and writing about. He’s not only one of the best in the world, but he’s wholly unique, and because of that he’s all the more interesting and enjoyable. He’s somewhat an outlier in the New Japan ecosystem – and I don’t think he’d have it any other way.

Suzuki wrestles outside of NJPW on a fairly regular basis for a variety of Japanese independent promotions. Notably, he also wrestles beyond Japan, including a US indie tour that he’ll undertake in the autumn of 2021. With matches already announced against Daniel Garcia (in San Francisco based West Coast Pro) and Homicide (in a mouth-watering GCW clash), Suzuki has a newsworthy run ahead of him. He’ll also appear on multiple stops of the NJPW Strong tapings throughout his US stay, with matches yet to be announced.

As a result, Suzuki won’t be appearing in this year’s G1 Climax, because it’s taking place at the same time he’s Stateside. Taichi and ZSJ will certainly feature in the famous block tournament again this year, with El Desperado an unlikely, but still possible, competitor with a few wrestlers absent. Jay White and Will Ospreay are also scheduled for the Autumn Strong tapings, so the G1 has multiple vacant slots to be filled.

Suzuki is incredibly well liked in NJPW’s Western market, much like he is in Japan, so it’s sensible for New Japan to feature him in the USA, in an attempt to push tickets. His position domestically isn’t as a frontline star, but he’s been one of the focal stars of foreign ventures. Notably, his IWGP Heavyweight Championship challenge against Kazuchika Okada at 2019’s successful Royal Quest event in London.

While Minoru Suzuki will be forever etched in the history books of wrestling, his name might not be tethered to the faction that currently carries it for an eternity.

Speculation that Suzuki may lose his faction to someone else, much like Kojima did when the faction became Suzuki-gun, has been swirling for some time. At 53, the ‘King’ isn’t going to be around forever, so it might be sooner rather than later that we see the faction leadership change hands.

Suzuki’s defeat to Taichi in a fiery, intense battle during 2020’s G1 Climax signalled a possible transition of power to Taichi, with Suzuki-gun becoming Taichi-gun in the process. This talk has continued only in the background, more like murmurs in the distance than potent shouts.

Taichi is a viable heir to Suzuki’s throne, with small details keeping the fire burning softly. In tag team encounters it’s often Taichi’s music that serenades Suzuki-gun to the ring, rather than that of the faction leader, even when he’s in the match. This is a minor thing that keeps speculation fuelled just enough that it can be heated up for a power shift if NJPW decides to go down that avenue in the next few years.

Despite all this, he remains a figure of importance to New Japan Pro Wrestling.

The ‘King of Pro Wrestling’ isn’t disappearing into the shadows; his Suzuki-gun leadership remains firm for the time being, but now more than ever does his position look impeachable by those in his faction.

READ NEXT: 5 Most Improved NJPW Wrestlers Of 2020