The second season of Mindhunter exceeds expectations, and improves on what made the show good in the first place. 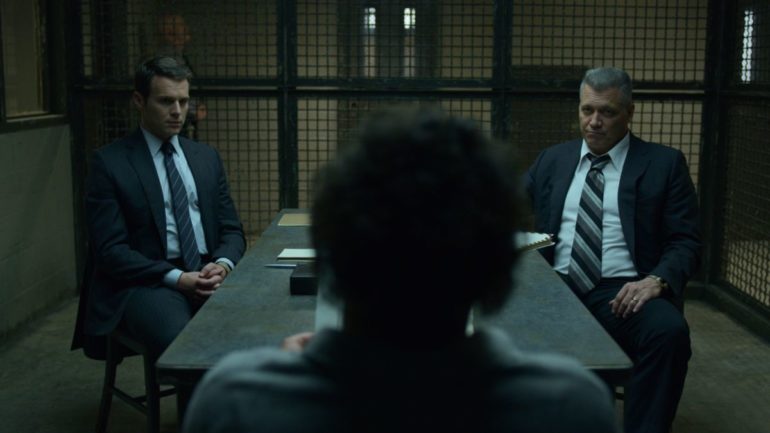 An important rule for any visual media is to show, don’t tell. It doesn’t help the viewer to draw own their conclusion, and it usually feels boring while watching. Yet a rare example that not only does the opposite but excels at it is Netflix’s Mindhunter. A semi-true crime show that doesn’t show famous killers doing their crimes, but instead has our main characters setting up a dialogue with them. This helped Mindhunter become a success, and had fans waiting to see another season for nearly two years. Luckily, season two not only exceeds expectations, but improves on what made the show good in the first place.

We continue to focus on the FBI criminal profiling team led by Holden Ford (Jonathan Groff), Bill Tench (Holt McCallany), and Wendy Carr (Anna Torv). They continue to interview famous serial killers to help them figure out the thought process from a killer’s perspective: examining their childhood, personal urges, and the crimes they committed. The big case this season focuses on is the Atlanta Child Murders from 1979 to 1981.

The best part of the first season returns with the dynamic of Ford and Tench. They work off each other well, as Ford is still ambitious, if not naïve, and Tench is still wanting to help but is a little more worn down. While their conversations about each other’s personal lives are impactful, the dialogues with the killers is where the show shines. It’s much more than the good cop/ bad cop cliché as each scene with a killer becomes a mini-play. Their interviews are tense and suspenseful but you’re just enthralled with what’s going on. You dive deep into their psyche as the whole scene becomes uneasy as you hear the details. The horror isn’t what you see but what you’re forced to imagine as Ford and Tench pry into their mind.

The killers they interview this season include the Son of Sam, Paul Bateson, and many others. All the interviews are great, but nothing can withstand the appearance of Charles Manson. He’s been hyped since the very first episode and has become this “white whale” figure for Ford. The Manson interview has been a big draw for this season of Mindhunter, with viewers eagerly anticipating his appearance. Paul Bateson, who also played Charles Manson this year in Once Upon A Time In Hollywood, lives up to the hype. Viewers might be disappointed that he doesn’t appear a lot, but you have to remember that Manson isn’t the main story. With all the critical acclaim that Bateson has received, don’t be shocked if he appears in another season.

Cameron Britton returns as Ed Kemper, the co-ed killer, but it feels a little forced. Since he was so good last season, the showrunners probably brought him back because Cameron Britton stole the show. It’s hard to argue against that because Kemper remains one of the main highlights from the show: even with a smaller role, Britton remains a memorable part of Mindhunter.

We get a deeper look at our characters’ personal lives this season. A big part of Ford’s character development early in the season is the panic attack that he suffered at the end of season one. Unfortunately for him, the attacks continue, and the show does a great job of making us feel what Ford feels. How Groff breathes to the sound design as you feel the panic grip him makes anyone who has had an attack relate. It’s a shame that the storyline feels like it just paused in the middle of the season and doesn’t get resolved. Everything else he does this season relates to the cases but a little more focus on his personal life or how he deals with these attacks would have been interesting to see.

Tench, on the other hand, has a lot of development regarding his personal life. Tragedy strikes him and his wife Nancy (Stacey Roca) as they deal with a chilling development. Without giving too much away, the show does a great job on how Bill and Nancy deal with it. It puts a heavy strain on the Tench’s, and both actors give great performances. It’s good that Stacey Roca got promoted to series regular for this season as while she didn’t have much to do previously, she’s given a lot more here and shines on screen.

Speaking of characters that have more to do, Wendy thankfully has a bigger role in this season than the last. While she was introduced in the first third of the season, she only became particularly prominent during the last two episodes. Anna Torv has a lot more do to and she shines with more material. We get to explore more of her personal life as she explores a new relationship with Kay (Lauren Glazier). She feels more like a main character this time than someone just on the team.

The format takes a slight change: last season, they took individual cases and spent two to three episodes focusing on each. It helped to establish the team’s process by applying what they learnt from interviews to these crimes. Not only did the characters around the team start to take the process seriously, but we could now understand it more clearly. It felt like they did that format for season 1 to ease the viewers in, but now we know the process. Now with the show focusing on one big case that’s real, it feels like the training wheels are off. The whole season’s still quite a slow burn, which balances out our interest without dragging it out and making it dull.

This season of Mindhunter gives us what we want, with our characters getting developed while offering thrilling scenes of tense conversations with killers. With the interviews with Son of Sam and Charlie Manson, the show’s clearly bringing out the big names. These discussions help to bring a new format with a singular case taking the focus and makes the experience perfectly paced. Hopefully, Netflix doesn’t wait so long to roll out season three. 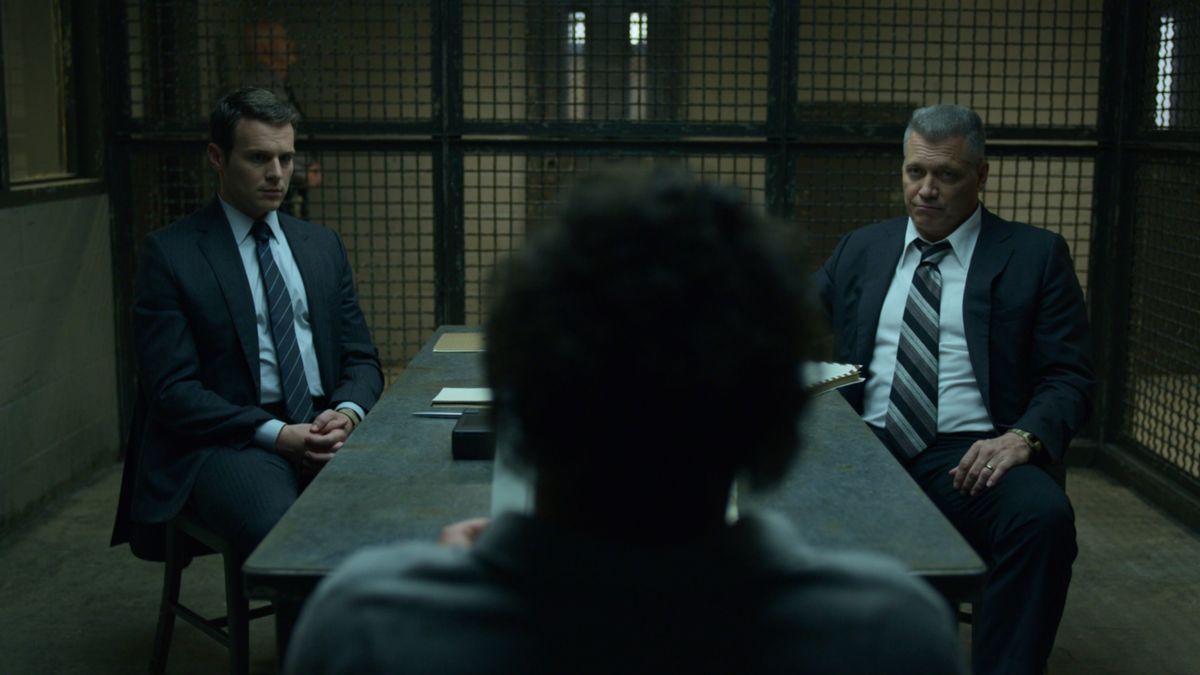 Verdict
Season 2 of Mindhunter is an enjoyable slow burn that fascinates the viewer with its tense discussions with killers.
9
Cultured Vultures is a pop culture website established in 2013 covering all things gaming, movies, and more. We eat your words.
All The News On The Biggest Games