Why Michael Bay’s Ambulance Is The Perfect Popcorn Flick

Switch your brain off and pop that popcorn. 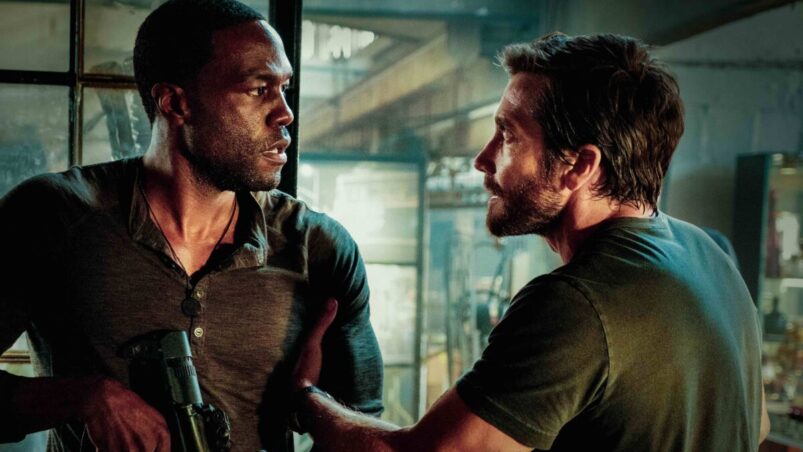 I haven’t enjoyed a Michael Bay film since the 90s. I wasn’t into all his Transformer movies, and 6 Underground isn’t a very good movie. So when I heard about a Michael Bay movie coming out in April this year, I didn’t even bat an eyelid. I figured it would walk the same path as Moonfall, believing that Bay just didn’t know how to churn out a good blockbuster anymore. How wrong I was.

Is it the most intelligent movie to ever walk the planet? No, of course not. Just look at Armageddon – nothing about that premise is remotely believable. But is Ambulance enjoyable? Hell yes. Ambulance is the perfect popcorn flick, the kind of film you’ll have a roaring good time with at the cinema, and even consider a rewatch sometime down the road.

The staple must-have in any halfway decent action blockbuster is good characters. If I don’t care about these characters, or don’t find them likeable in any way, then it becomes difficult to invest in the world-building happening in front of me. Ambulance gives us Will (Yahya Abdul-Mateen II) and Danny Sharpe (Jake Gyllenhaal), brothers who grew up together but then grew apart due to the differing paths they decided to take in life.

Danny followed in the footsteps of his father, leading a madcap life of crime. Will, on the other hand, joined the Marines. Bay, in his rather on the nose means of storytelling, takes us through montages of the pair in childhood, and even back then, playing a simple game of cops and robbers, their roles were defined – Will was the law-abiding cop, while Danny was the criminal robber.

So what premise would throw the pair together, given their highly divergent life choices? Well, what does Danny have access to that Will doesn’t? Money of course. The need for money for his wife’s experimental medical treatment – not covered under their insurance – is what brings Will to Danny’s doorstep. Danny is unable to lend Will the money since he claims that his funds are tied to this bank heist that he’s been planning. Danny’s invitation to Will is immediate, and the man needs to make a decision quickly if he wants the money.

What’s striking here is how fast things move – Danny dangles the offer, and Will’s desperation makes him seize it. If it was something he had time to think about, he would have probably turned it down. Caught up in the adrenaline of the situation, it’s believable that he would impulsively agree, and later repent this decision as things fall apart. This juxtaposition in moral outlook is the core of many action blockbusters – look at Face/Off, Con Air, Speed, Die Hard etc. The contrast immediately generates a certain amount of conflict, and it becomes especially interesting when both the characters are on the same side of things, like in Ambulance.

Ambulance’s bank heist isn’t the most innovative bank heist to ever exist, and the individuals involved aren’t the most intelligent – there’s even a dude who wears Birkenstock sandals to rob a bank, so yeah, the bar’s pretty low. What Bay does really well here is create a sense of mounting tension, through the soundscape, the visuals, and of course, the presence of Officer Zach (Jackson White) in the midst of the heist. We wonder how the movie will play it – will Zach see that something’s off, or will they manage to get away here and get caught up in something else later on?

Meta references to his own movies like Bad Boys and The Rock are thrown in humorously to engage the viewer, and there’s also a tongue in cheek reference to Speed during the ambulance chase portion in the second half of the movie. Using nostalgia and familiarity as a part of storytelling is definitely a current trend in movies – just look at the fan service in recent MCU films. While most of us aren’t exactly avid fans of the Michael Bay cinematic universe, there are certain movies that have made a dent in popular culture, and those two movies of his are definitely well-known. In a way, Bay seems to be speaking to a particular audience, the older crowd who would have seen his 90s movies. It’s as if he’s saying: “This one’s for you.” It helps us build a connection with the world and its characters.

Since the heist has gone sideways, Danny and Will need a getaway option, which serendipitously emerges when an ambulance is called in to treat Officer Zach, who was shot by Will in a panic in defense of Danny. This is a major turning point in the movie, because up till this point, Will has done nothing but rob a bank. While robbing a bank isn’t the most ethical thing, morally, he’s still pretty clean. Now, he’s shot a cop protecting his criminal brother, so there’s no turning back, just full force ahead into chaos.

Because we have an injured man in the back of the ambulance, this once again allows for moments of tension and stakes. There hasn’t been a forceful takedown of the ambulance because of the cop and paramedic (Cam, played by Eiza González) they have onboard, so that means the pair have to do whatever it takes to keep Officer Zach alive. This leads us to an entertaining instructional surgery via video call, as well as the constant blood donations Cam takes from Will despite the fact that he’s the one driving the ambulance.

But the root of what makes Ambulance such an entertaining film is really Jake Gyllenhaal’s performance. He’s chewing scenery at every point in the movie, throwing out consistent quips and jokes that have us rolling with laughter, not to mention the manic energy he brings to the character. The camp and hyperbole is reminiscent of antagonists like Nicolas Cage’s Castor Troy in Face/Off, and Gyllenhaal has the charisma and gravitas to make a whole conversation about flamingos so entertaining.

What allows this character to work is that juxtaposition I mentioned earlier, since he’s playing off characters like Cam and Will, who are more strait-laced. Even though he doesn’t care about Zach and Cam’s fate, he does care about his brother Will, whom he has an emotional connection with, so when Will puts his foot down and refuses to budge, Danny has no choice but to follow along because he doesn’t want his brother to die.

This is what makes the ending so tragic, because Danny is exacting revenge on Cam for what she did to Will, but that’s not what Will wants. At the beginning of the movie, Will shoots Zach because he’s protecting his brother, and now, he shoots Danny to protect Cam, and it’s to the film’s credit that we understand why he makes each of these choices. Ambulance is aware enough to know that there’s no way the two of them can get away with their crime – we know the police will catch up to them, it’s only a matter of when it will happen. And that’s the ending we are given, not some Will and Danny stroll into the sunset – they have to pay for the chaos they’ve wreaked.

And while there’s some suspension of disbelief needed, since there’s no way I wouldn’t name Will as my shooter if I was Zach, I was surprised at how much I enjoyed myself while watching the film. I mean, there’s certainly drawbacks, like the excessive stylistic overtures with the drones, and Bay could have trimmed it down to make a much tighter film, but hey, he did provide us with memorable characters, some pretty decent action set pieces, proper building of tension and stakes, and the kind of stupid humour viewers can roll with.

It’s the kind of movie you can turn your brain off to enjoy, and comes at a time where we are solely in need of action blockbusters to liven things up. Whatever its flaws, that’s what Ambulance delivers.

READ NEXT: 20 Best Horror Movie Remakes of All Time