Memorable Moments: The Art of Poetry In Four Weddings and Interstellar

"Rage now, love now, live with the light in your hands - that's all we can do." 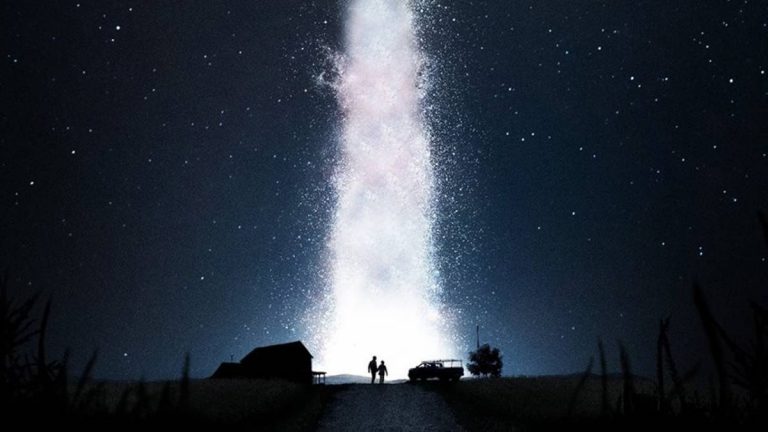 As an English Lit major, I enjoy it when movies use the beauty of poetry to help add a dimension to the framing of a scene. The beauty of the lines enhances the impact of the visual, helped along by the emotional resonance of the actor. No two movies do this better than Four Weddings and a Funeral and Interstellar.

It has been 25 years since Four Weddings and a Funeral graced our screens with its wit and uncompromising romance, and yet it is never far from my mind. Maybe it’s because I teach Funeral Blues by W.H Auden in my Literature class every year. I break the poem up and get my students to piece it together, so bits and pieces linger in my mind each time I do. My lesson always ends the same way, with Matthew’s (John Hannah) reading of Funeral Blues, where he uses the poem as a means to spell out his feelings. It is a moment of absolute heartbreak, with a plea for time to stop so he can drown in the silence of his despair. It is a private unfurling of grief made public so that we can understand what they meant to each other; two men who were more than friends.

There are hints to this throughout the film, but it is only confirmed at this point. In this display of mourning, there is also a recognition of love, a love so great that when it is lost all that is desired is oblivion, “for nothing now can come to any good”. Death here becomes a kind of freedom as well, since Matthew is uncloseted in the same breath as his profession of love. I can’t help but tear a little when his voice breaks while reciting the lines. This is what makes Four Weddings and a Funeral such a good romantic movie. It recognises both joy and loss as unceasing realities in the state of love. Love can hurt us, but we must never be afraid to chase it.

Interestingly, Interstellar has a very similar message. It is the depiction of a love between a father and daughter, and how that love can transcend space and time. Hence, it is very apt that as the spaceship launches into space, Michael Caine’s character recites Dylan Thomas’ “Do not go Gentle into the Good Night.” The sonorous quality of Caine’s voice blends in perfectly with the loud blasts from the launch – all that fire and hope burning together.

It is said that Thomas penned this for his father, though his father did not die until later in the year (this was in 1952), after his publication of the poem. Thomas most likely saw the writing on the wall, and wrote such a striking contemplation of death and its inevitable role in our lives. Though death lies in the periphery of everything we do, he urges us to “not go gentle into that good night” and to pit ourselves against “the dying of the light”. It encapsulates the entire narrative effort of the film, where mankind is saying no, not yet – I want to live.

Interstellar is the most frightening type of film, because the premise feels so real. Climate change is showing us that it is only a matter of time before the space around us becomes unlivable. What will we do then? Perhaps the trick is not to wait till that moment to do something. Rage now, love now, live with the light in your hands – that’s all we can do.