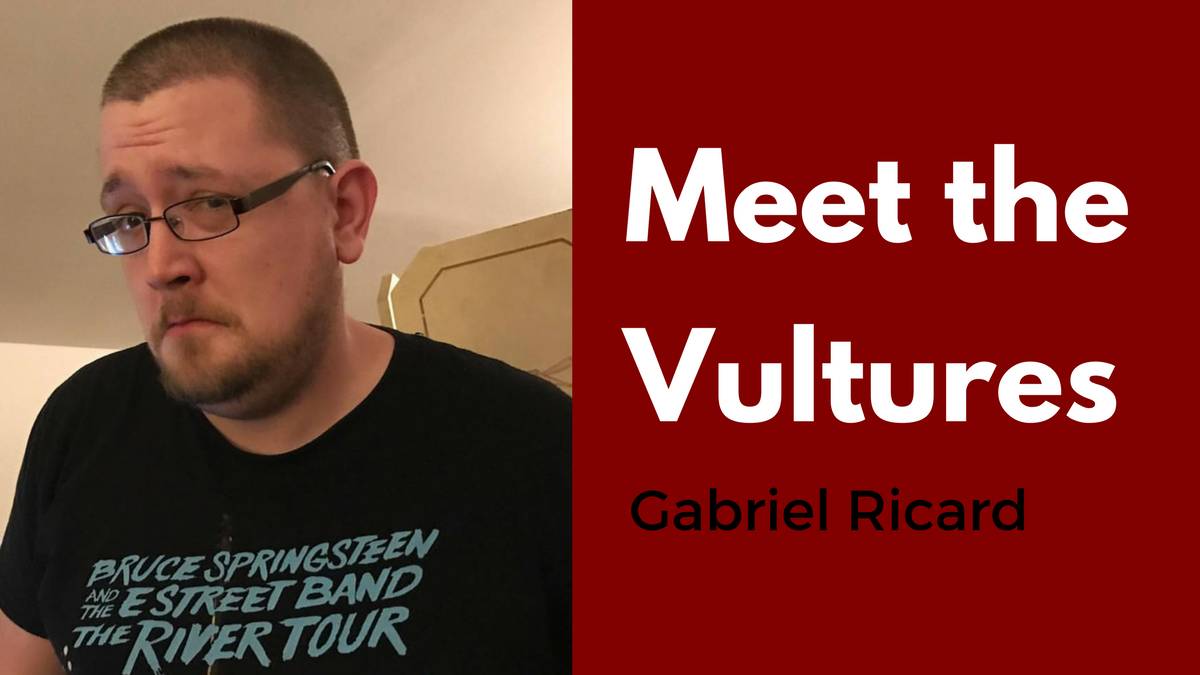 Hey, Gabriel! How are you? What was the last thing you ate and what would you rate it out of ten?
I’m good. I think. I’m never entirely sure. The last thing I ate was some leftover shrimp fried rice from a Thai place my wife likes. It was okay. I hate to be that guy, but I feel like a huge tub of shrimp fried rice should have more than six pieces of shrimp. Even so, I’d give it a solid 7/10.

What drew you to CV?
I actually don’t remember! I think I sent you guys a review, and then the Make The Case followed a couple of months later.

Where else can we find you?
Well, if you’re ever around Patchogue NY on Long Island, feel free to let me know. Long Island is a toilet that eats the mildew-laden shit that amounts to the collective dignity of the people here, but there are some nice bars and bookstores. And Port Jeff is pretty.

Beyond that, you can find me on:

And across all sorts of neat literary magazines and anthologies! Weeeee!

Who would win in a fight: a kangaroo with one punching hand or a crocodile missing half of its teeth?
The kangaroo. They’re just climbing out of a two-year bender, after losing the other punching hand, and they’re ready to win the prize money that will let them sue for custody for their ten-year-old in San Diego. I really don’t have time for dumb questions. Do your own goddamn research!