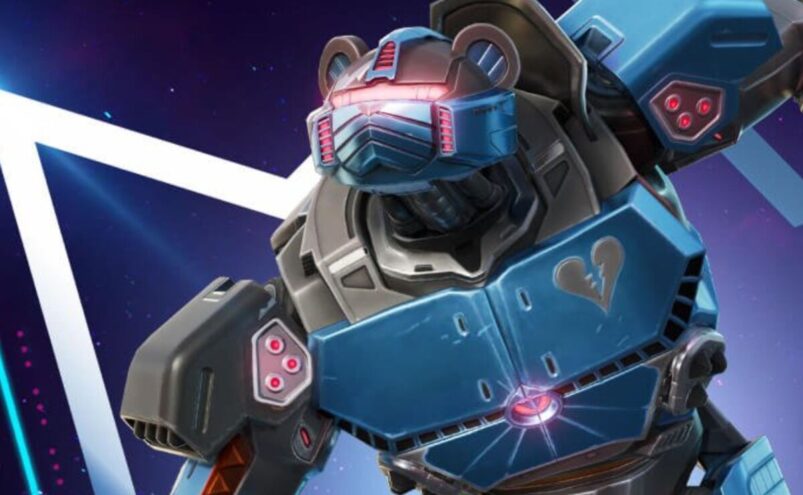 Hours before its release, the June 2022 Fortnite Crew Pack has been revealed to include Mecha Strike Commander, a repaint of the classic Mecha Team Leader, in preparation for the Seven’s war against the Imagined Order.

After the original Mecha Skin received an edit style with a sleek chrome look, it also received a separate edition in Fortnite’s classic Shadow Series. But with June’s Crew Pack, the theme fits the larger narrative at play, rather than just cash grabs.

Here’s everything you should know about the Mecha Strike Commander as part of Fortnite Crew.

The Fortnite Mecha Strike Commander crew pack will come with the following:

*items added for the launch of Season 3.

Fortnite Crew subscriptions cost £9.99/$11.99 per month. If you subscribe, you’ll also have 1000 V-Bucks added to your account and the Season 2 Battle Pass, if you don’t already own it, as well as next week’s Season 3 Battle Pass. If you subscribe in the hours before the Item Shop resets, you will also unlock the April and June Crew Packs for the same price.

When Does Mecha Strike Commander release?

The Mecha Strike Commander will release on June 1st, 2022. Just in time for The Collision.

How To Cancel Fortnite Crew

If you’re already a subscriber and don’t like this month, you can cancel your subscription and still keep everything you already have unlocked from previous months. Visit our Fortnite Crew cancellation guide for all the details per platform.