The Devil is All Elite. 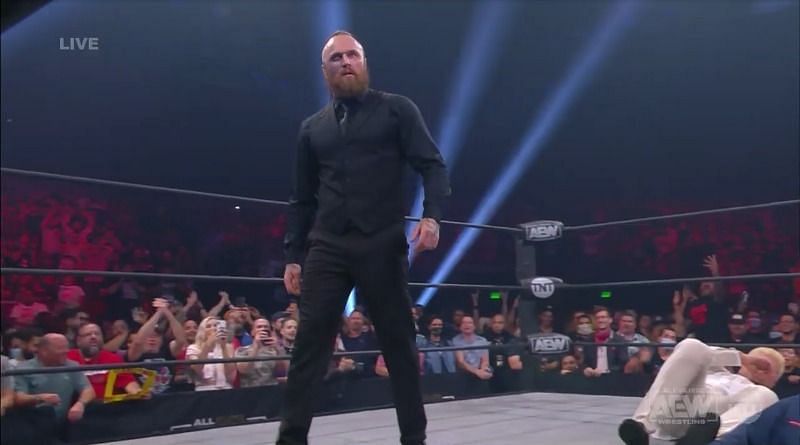 Tommy’s End sinister new persona, Malakai Black, made a surprising debut at last night’s AEW Road Rager event in Miami, making a huge statement by laying out both Cody Rhodes and Arn Anderson with a Black Mass during the show’s opening contest.

This came about only hours removed from a creepy vignette posted by End on social media, revealing his twisted new character who had ‘escaped’ from an institution that had held him captive for 5 years. Getting the hint yet? After bloodying the staff and casually taking his leave, all suited to the nines, End made his way to Florida to make a statement as the newest member of the All Elite roster.

Malakai Black is bound to become a megastar as part of AEW, finally tapping into all the potential that WWE unfortunately passed on. An introductory feud against Cody Rhodes should be something for the marvels, with huge dream matches just waiting to happen in the near future.

AEW did not disappoint their first live audience since Double or Nothing by saving not only this spectacular debut, but also the in-ring debuts on Andrade El Idolo and a huge Tag title main event between The Young Bucks and the duo of Penta El Zero M and Eddie Kingston. This is an episode you do not want to miss.

Who would you like to see Malakai Black face after Cody? Do you see a future AEW Championship run for Black? Let us know in the comments below.

READ NEXT: Why Sami Callihan Needs To Sign With AEW