Impact's MVP is going All Elite. 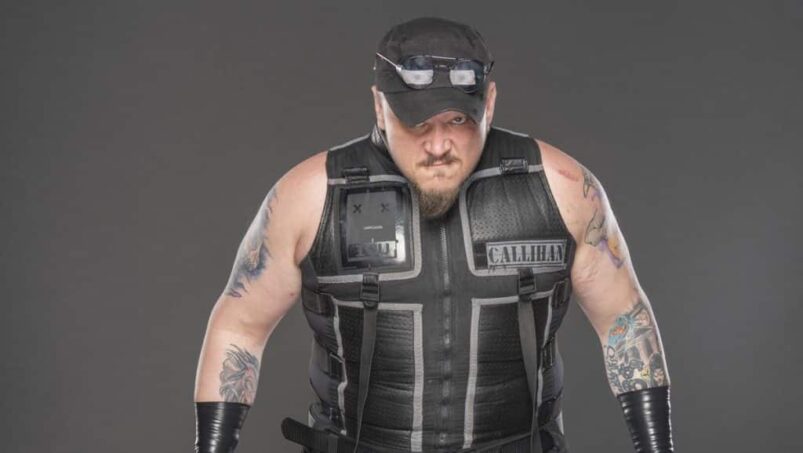 Some may remember him as NXT’s Solomon Crowe or Lucha Underground’s Jeremiah Crane, but to many, Sami Callihan is one of the hottest products in all of independent wrestling in 2021. A name often shrouded in controversy, Callihan sports a style akin to ECW’s hardcore elite, putting together skits and spots that leave many hiding behind their hands in fear of what’s about to go down in between the ropes.

Most wrestling fans will recall the industry wide panic that Sami was involved in 2018, alongside Eddie Edwards as part of Impact’s most talked about rivalries. During an intense post-match brawl between the two, Callihan’s signature bat struck Edwards directly between the eyes while he was pinned down by a steel chair. Even though this incident wasn’t planned, and was a total blunder by Callihan, this made for one of the most ‘extreme’ moments in any feud across the wrestling world, and brought many eyes back to Impact Wrestling during a period of great change for the promotion.

Since then, Sami Callihan has become one of their most valuable players, winning the world championship and feuding with the A-list stars of the show such as Rich Swann, Tessa Blanchard and Moose. So it’s no doubt that when AEW came knocking, looking to smash down the Forbidden Door and bring some talent across for special cameos on episodes of Dynamite, Sami Callihan was one of the first names on their list.

AEW would be a fantastic place for Callihan to continue to soar into the annals of history, as not only a pioneer in modern hardcore wrestling, but also as one of the most talented light heavyweight workers on the scene today. With his future Impact Wrestling Championship match against Kenny Omega now confirmed with the champ’s big win over Moose at Against All Odds, we should expect to see Callihan appear on at least a few episodes of AEW over the next few weeks.

Much like how KENTA sporadically wrestled on AEW TV during his title feud with Jon Moxley, Sami Callihan has a direct route to the main event scene by picking a fight with Omega and his BC pals. It’d be an easy call for Sami to start ticking off some dream matches against the likes of Jon Moxley, Darby Allin and maybe even Sting, hopefully leading to a cross-promotion contract awarded to him for his years of hard work.

Sami would fit right in amongst the alternative roster accumulated in All Elite Wrestling, hopefully living up to his controversial status and getting fans invested in one of the most exciting brands on the market. Callihan might not have been everyone’s pick to bring Impact back into the mainstream, but he certainly has the name value to get people’s attention as they continue to explore their newfound partnership.

Callihan’s big title fight against Kenny Omega will likely take place on Impact soil, perhaps at the Slammiversary pay-per-view which is coming up in the near future. This could be the start of a great underdog story with Sami Callihan, a guy who was rejected by the NXT system and spat back out into the indies for him to forge a new legacy without the powerhouse backing of WWE. It’s been a long time coming, but finally the veteran is where he deserves to be.

Even though Omega’s current gimmick of being the modern day belt collector could very well leave Callihan by the wayside after a swift defeat, but this initial run in AEW should hopefully lead to him becoming more of a permanent fixture. A TNT Championship run could be an easy sell for a guy like Sami Callihan, whether that be as a babyface underdog or as the mouthy heel we’ve seen him become as part of OvE in Impact.

Either way, Sami Callihan would be a massive get for AEW’s growing roster, the fantasy matches mentioned above alone are more than enough to sell anyone on his being there. Keep your eyes on ‘The Death Machine’ as he makes his AEW debut and the feud with ‘The Best Bout Machine’ intensifies.