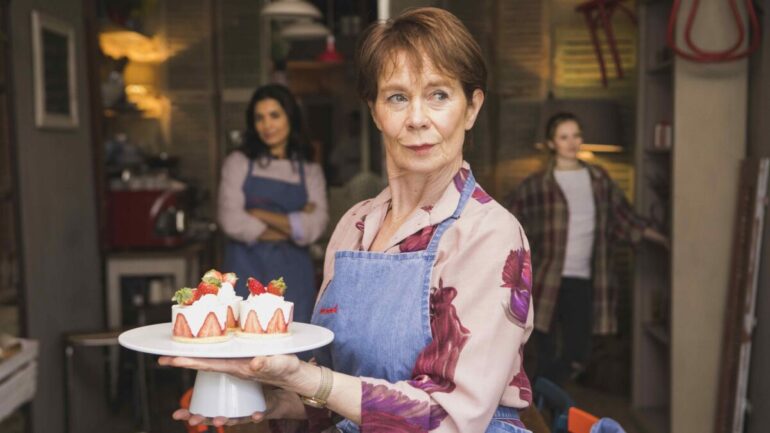 On the way to pick up keys for the Notting Hill bakery she’s always dreamed of opening with her best friend, the titular Sarah (Candice Brown) is killed in a cycling crash. Clarissa (Shannon Tarbet), Sarah’s 19-year-old daughter and an aspiring dancer, is reeling with grief, but eventually enlists the help of Isabella (Shelley Conn), Sarah’s best friend, as well as her regretful, estranged grandmother and ex-trapeze artist, Mimi (Celia Imrie), to finally open the bakery. Fittingly, they name the establishment “Love Sarah”.

Before long, Matthew (Rupert Penry-Jones), a chef who may or may not be Clarissa’s father, is hired to work there, turning up the heat in more ways than one. They must overcome their differences to memorialize Sarah and operate a successful business — engaging in a fair amount of cultural appropriation in the process. Will they succeed? Oh, the suspense!

Although Love Sarah should please viewers looking for a feel-good romp, Schroeder’s film doesn’t provide much food for thought, squandering some interesting ingredients to end up with a decidedly bland-tasting final product.

During the first 30 minutes, though, Schroeder’s film plays more like a conventional drama than the lighthearted fairy tale it becomes later on. After an opening sequence that shows Sarah cycling through a rose-tinted depiction of London — intercut with shots of Isabella waiting outside their future establishment, Clarissa partaking in a dance lesson, and Mimi writing a letter to Sarah apologizing for past behavior — viewers are abruptly thrown into the aftermath of Sarah’s death with little explanation as to how she died or her connections to the other characters.

We don’t get a chance to become emotionally attached to Sarah as a person, and as a result, it’s difficult to empathize with the leads on a meaningful level. Love Sarah attempts to pull some heart strings, but I end up impatiently waiting for the characters to revive the bakery.

Once the joint opens, Love Sarah becomes the cozy film I expect from the premise. Sweet confectionery is served alongside saccharine character arcs. Clarissa, Isabella, and Mimi each undergo overly familiar developments as the film progresses — underlining the importance of breaking out of one’s shell, not giving up on dreams, and being open to finding true love. This cutesiness is offset somewhat by the arrival of Matthew, Sarah’s former lover, who flirts with both Isabella and Clarissa, who might be his daughter. Sure, Penry-Jones is a fine-looking specimen, but I didn’t expect potential incest to figure into the plot.

More noteworthy than all that, however, is the film’s emphasis on London’s cultural diversity. After failing to attract customers when the business opens, Mimi is inspired by her love interest, Felix (Bill Paterson) — an idiosyncratic inventor living across the street — to sell pastries from all over the world. She’s not against walking up to random people she finds, asking them where they’re “really” from, and serving baked goods from their places of origin. In short order, “Love Sarah” becomes a cornucopia of international goodies, attracting a wide range of customers.

If Love Sarah had made this idea the story’s focal point, Schroeder’s film would have been much more compelling, and possibly even insightful, but the script fails to elaborate upon it, or explore what these characters learn along the way. I’m sure the bakery’s diverse customers have more fascinating stories to tell than any of the film’s central characters. Ironically, despite their good intentions, the trio erect a bakery in Sarah’s honor, while simultaneously hijacking others’ cultures for capitalistic gain.

Beyond these flaws, Love Sarah is still enjoyable, if quite plain, and will probably satisfy its target audience. All the actors, especially Tarbet, are excellent in their respective roles, giving their characters warmth and energy despite the script’s lack of complexity. Schroeder’s direction lacks flair but remains passably effective in conveying the story. Additionally, the film’s good vibes are much appreciated in this time of political turmoil and pandemic suffering, likely providing less eagle-eyed viewers exactly what they were hoping for. For myself, though, Love Sarah’s progressive leanings deserve an approach that breaks more strongly from tradition. 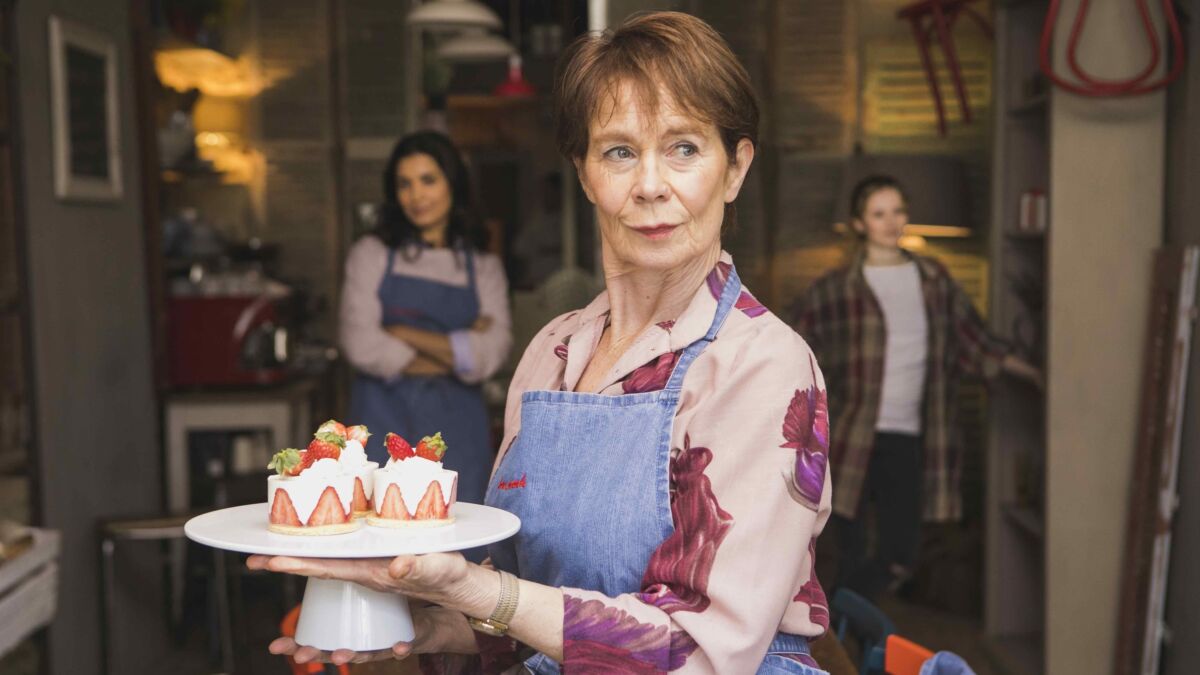 Verdict
Most viewers who seek out Love Sarah might be satisfied by its sappiness and comforting predictability, but this creation could have used more time in the oven.
6.5
Cultured Vultures is a pop culture website established in 2013 covering all things gaming, movies, and more. We eat your words.
All The News On The Biggest Games