Love Is An Ex-Country: Fighting For Yourself

Above all else, this is a book about accepting and being gentle with yourself. 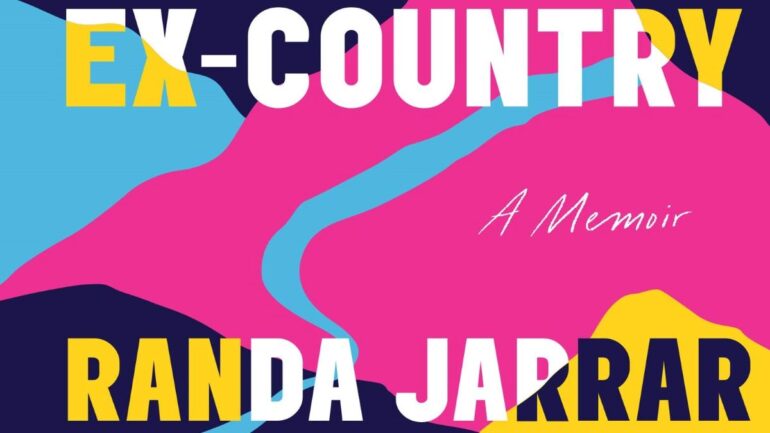 Love Is An Ex-Country

America is an amnesiac.

As I was reading Randa Jarrar’s Love Is An Ex-Country, a friend was texting me to tell me that I needed to watch the news. Something was happening in the USA, and it was big. So, dutifully, I put the book down and switched on the TV to watch those mobs on Capitol Hill. I’ve been avoiding the televised news a lot lately; it doesn’t do me any good to watch the same things being picked over for hours. I read an article and then I’m done. But watching people break into a place of democracy, carrying Confederate flags as though it’s 1865, I thought about Randa Jarrar and her story of finding Confederate flags in a gas station and being given them for free, because the clerk knew that she would go and set them on fire. Somehow, it seemed important for once that I should be watching and witnessing, just as Jarrar knew it was important that she take action too when handed those symbols of hate.

That is the power of Love Is An Ex-Country, with its razor sharp writing. Love Is An Ex-Country is on the surface an unfiltered, raw and honest travelogue memoir; the story of Jarrar’s drive across the USA, sometimes rather meanderingly interspersed with stories and essays about what it means to be a queer, Arab American, Muslim, Fat woman in the USA as it exists now. And how it used to be; there’s plenty about her childhood too. Jarrar has not – to make an understatement – had an easy time of it. Raised by traditional parents, with a father who would beat her, then married to an abuser, these are only a few of the struggles Jarrar has faced. She did not truly believe that she owned her own body until she gave birth to her son during a botched C-section. It always belonged to someone else.

The quote at the top of this review comes from the chapter which discusses the fallout that Jarrar suffered after she tweeted about Barbara Bush following the former First Lady’s death. She discusses it very frankly, in a lot of detail and she does not apologise. I personally don’t believe that she has any reason to, and I’m glad to see that this controversial event hasn’t been glossed over in any way. Just as Jarrar owns the abuse she suffered, she owns this event too. Her critics, were they ever to read this book, would absolutely hate it.

It isn’t just the USA which has broken her heart either. Jarrar, Palestinian on her father’s side, recounts a trip she took to Israel in an attempt to visit her sister. She is an American citizen by birth, and was equipped with the names of many people she could say she was visiting in Israel. But she never made it out of the airport; after hours and hours, she was put back on a flight to the USA, denied entry for the crime of being half Palestinian. This was the story most alien to me. I, of course, will likely never be denied entry to a country based on my nationality or my religion. I picked over the bones of it for a long time, appalled that this is really happening right now, and no one seems to care.

But if Love Is An Ex-Country leaves its readers with one message, it isn’t the one you were expecting. There is fight there, and the will to stand up and argue for yourself, and the idea of living unapologetically. Chapters frankly discussing Jarrar’s queer lifestyle, and her discovery of kink, will be too much for some people, although I’d argue they are just as necessary in outlining how she came to have ownership over herself as the story of her son’s birth was.

But also, through a long-running thread in which Jarrar narrates her relationship with her father, we come to realise that there is a powerful plea for forgiveness and reconciliation too. This can, of course, be extended out to include reconciliation with oneself, and also even further to include society. In such a howl of rage as this memoir is, it is telling that Jarrar does not fail to mention small moments of love and positive action, such as the story of the dairy farmer who put up his property as collateral to pay for the bail of Angela Davis in 1970. They’re tiny, but crucial. Jarrar is, above all else, preaching love – for your body, your sense of self, your country, your people.

There is no hate in this book.