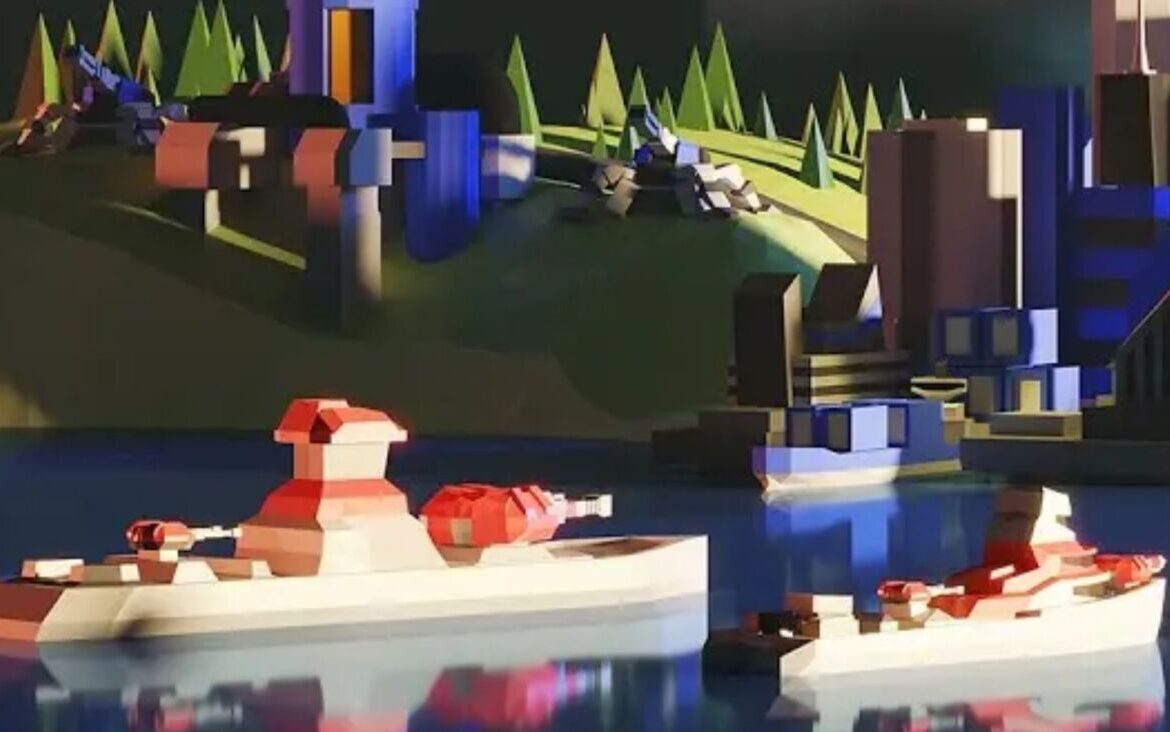 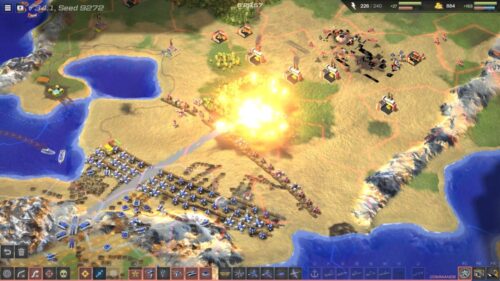 Though classic real-time strategy games may not be as widespread as they once were, they’re still highly popular and there’s always demand for more, as the success of the Age of Empires series demonstrates. What we’re seeing now is that many developers, small and large studios in equal measure, are modifying or wholly stepping away from classic RTS tropes to find unique niches and directions, such as Relic Entertainment’s Company of Heroes and Eugen Systems’ WARNO. What does Studio Centurion’s Line War offer to this subset of strategy games?

Line War bills itself as an innovative multiplayer-focused strategy game. While it maintains many hallmarks of classic RTS design, such as base building and a mixed stream economy, Studio Centurion flips the entire approach to command and control on its head for a whole new experience in RTS gaming, though not one that fully embraces its potential.

Instead of directly commanding units, players will draw lines and place orders with configurable settings and various unit types, such as ground, air, and naval. This entire system is like a massively expanded concept from the Ultimate series with an emphasis on simple movement orders, while the game takes care of combat calculations and unit behavior. These line orders will be used for everything from capturing territories to expanding the economy, transporting forces from coast to coast and airbase to airbase, and even outflanking prepared fortifications.

This innovative and refreshing command system centers the gameplay on macro-management and strategic decision-making rather than on specific unit abilities and detailed micromanagement, though there are still plenty of opportunities to optimize production queues, factory placement, and choose the perfect approach vector for an assault. This approach brings Line War closer to the subset of industrial warfare RTSs, such as Supreme Commander and Planetary Annihilation, where efficient use of resources, production queues, and strategic maneuvers take precedence over the specifics of unit formations and single-unit performance.

Line War is quite light on modes, however. Primarily being a multiplayer game, it offers a matchmaking system and a direct challenge option to invite friends, with matches boiling down to mano a mano clashes until one side is wiped from the map or one player resigns.

The game also includes a sandbox mode where you can simultaneously play both sides, practice your command-making skills, and experiment with unit matchups. However, it’s highly unfortunate that there’s no skirmish mode versus the AI, which will make it harder for new players to get into the game and limits replayability.

Line War’s graphics are simple and minimalistic, but colorful and vibrant, helping with map readability, which is especially important for understanding the terrain. Some elements, such as land-based sources of energy, can essentially get camouflaged in areas of dense terrain or when there are many concentrated elements in a region. From an audio standpoint, Line War’s music is quite barren and lackluster, though weapon sound effects and unit callouts are of high quality and aid with situational awareness.

Studio Centurion has definitely presented an excellent concept for a potential future of RTS games, as the developers have successfully given their game a distinct feel and appearance. Most importantly, they’ve put decision-making front-and-center and combined this dynamic with a steady pace, letting players exercise and massage their strategic intellect to a highly satisfying degree.

This fresh approach definitely comes from the command system, which is really only limited by the player’s own understanding of the game’s inner workings, and creativity, as well as knowing unit dynamics and matchups. The flipside of such a novelty is that the game’s control scheme will take some time to get used to (even for veteran strategy gamers) due to the extensive focus on hotkeys.

This is where the first major problem for Line War comes in. Unfortunately, Line War’s video-based tutorial system leaves much to be desired as it doesn’t give adequate hands-on practice to learn its novel command system. This simply makes it harder for newer players to get into the game and may harm Line War’s longevity.

Luckily, the developers have included some intuitive multiplayer features that can hook players into Line War’s competitive scene. Firstly, games are based on procedurally generated maps that can make every match feel unique and distinct. In some matches, you’ll find yourself island-hopping and utilizing navies in combination with long-range aircraft to gain an advantage, others will turn into a good old-fashioned tank brawl with flanking maneuvers and breakthroughs.

Second, to tackle the issue of competitive balance, Studio Centurion included a territory picking system, letting players choose their starting locations when loading into a match, where if players choose the exact same territory the selected regions will be banned and the selection process continues until there are no longer any bans. Such a region selection system makes the game’s balance player-centric and rewards high levels of skill, personal decision-making, and deep knowledge of competitive dynamics. The flip side is that newer players may find this system overwhelming, as there are few in-game tools to help decide on a competitive starting position.

Another positive is the combined arms and geography-oriented combat and strategic gameplay. While there isn’t a huge roster of units, there are enough distinct units with specialized battlefield roles that allow for experimentation and varied builds that can adapt to each map. Map geography and terrain features also play defining roles when placing commands and orders, adding further depth to the strategic gameplay.

However, despite these neat elements propping up the gameplay, it can get repetitive and feel simplistic, which relates to the next major critique. There’s a lack of ambition in spicing the gameplay up and giving the world its own identity in that there are no varied factions to choose from, except for red or blue, which are automatically assigned when starting a match. It’ll make matches quite predictable, in turn limiting replayability and reducing the game’s shelf life.

Another crucial element missing is an in-game community-building feature. For an indie strategy game looking to form a healthy player base, this is a massive letdown, as it makes community interaction and growth all the more challenging and also threatens to reduce the game’s reach and shelf life.

Perhaps Line War’s most inexcusable issue is the presence of connectivity issues in multiplayer issues. In my multiplayer testing, I regularly encountered difficulties in connecting with friends to even start a match, and when I did get into a match, several of them derailed due to unexplainable desynchronization and server issues.

Thankfully, Line War ran quite smoothly with no frame drops or stuttering and I didn’t encounter any major bugs or crashes, even when the map got busy, so if you can meet even minimum requirements, you should be able to run Line War without much issue. As a simple game, the options menu is equally minimalistic and functional, though it could definitely use additional UI customization options.

Ultimately, Line War has some awesome ideas to present for the future of RTS games, especially its command system and intuitive multiplayer systems. Despite the excellent ideas on display, Line War feels too safe for its own good and lacking in ambition. Altogether, Line War ends up feeling like an amazing demo that needed more time to cook and develop.

There are also questions regarding Line War’s longevity because the lack of modes and robust tutorial system, as well as connectivity issues, may make the game both intimidating and frustrating to get into, especially for newer players or gamers from other genres and strategy subsets. However, it’s clear that the developers are passionate and think outside the box when it comes to strategy game design and it’ll be interesting to see what the studio can do in the future with a bigger budget and more ambition. As it currently stands, we can only recommend Line War to veterans of RTSs or if you’re looking for something novel and laid back to try. 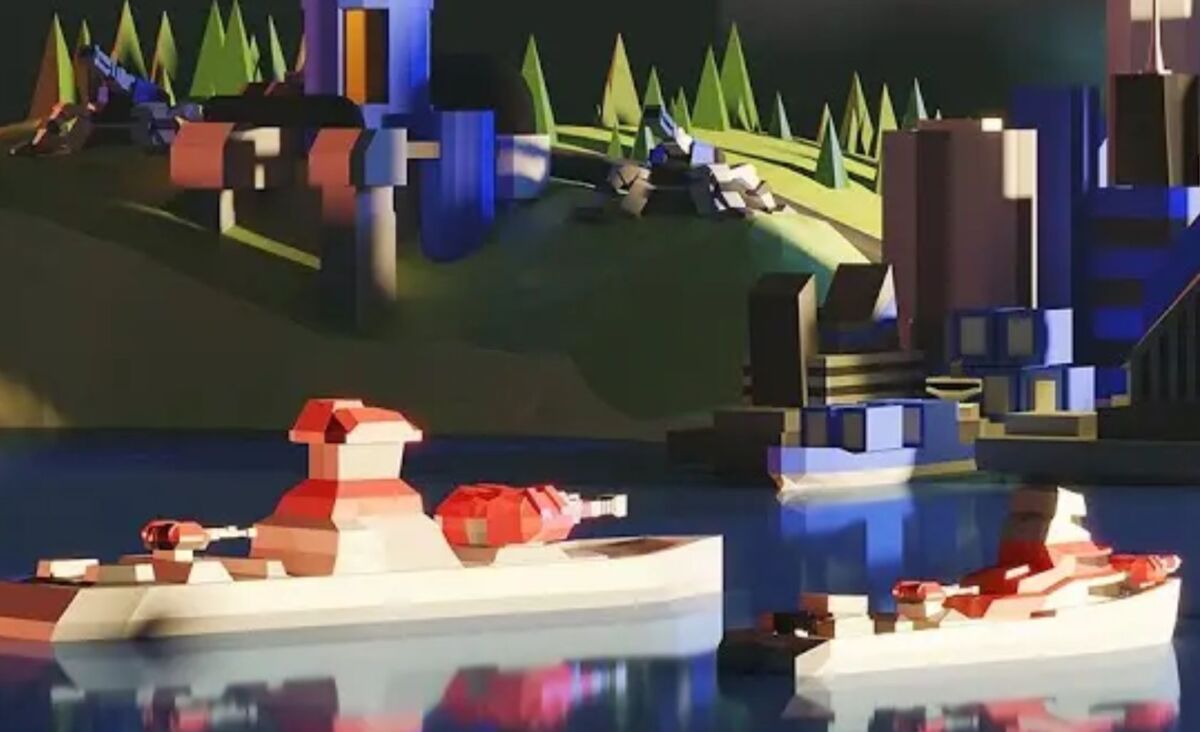 Verdict
Line War introduces awesome and innovative ideas for real-time strategy gaming, though it’s bogged down by technical issues and not quite enough ambition.
6.5
Cultured Vultures is a pop culture website established in 2013 covering all things gaming, movies, and more. We eat your words.
All The News On The Biggest Games