Chris Hemsworth is worried about his own personal Ragnarök. 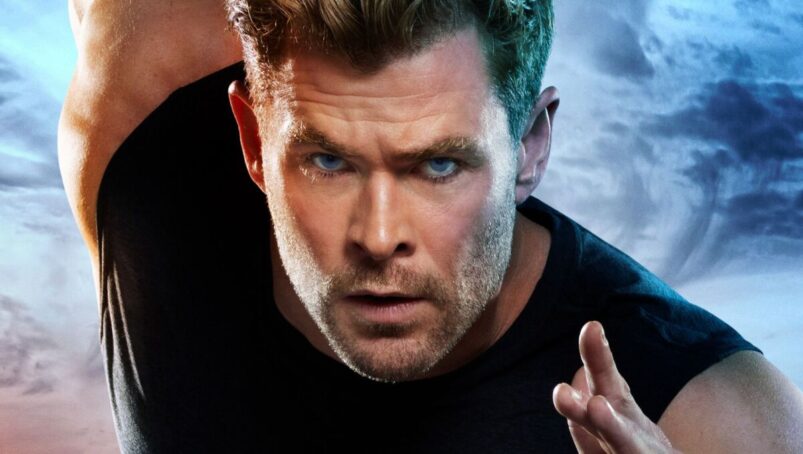 There were times watching Limitless – Chris Hemsworth’s quest for a healthier, happier and crucially longer existence – when the blue-eyed Aussie A-lister started to take on an almost otherworldly form. Everywhere Hemsworth goes, be it when having conversations with doctors, hiking across The Outback or just chatting with his macho mates by the campfire, he carries an aura of distinct otherworldliness befitting a man who has spent the last decade playing a mighty Norse god. Tall, impossibly handsome and with arms like knotted wire cables, Hemsworth walks through the realm of mortal men like a benevolent visitor curious as to the concerns of lesser beings.

It’s a somewhat comforting thought then, that a man who could quite reasonably claim to have won the global genetic lottery still holds very human concerns about ageing, decline and the ravages that time imposes upon our ever-decaying bodies and minds. Limitless, produced by acclaimed filmmaker Darren Aronofsky, sees Chris embark on a personal odyssey with the aim of slowing or even reversing these damaging effects, a quest that sees him scaling skyscrapers, dangling off cable cars, swimming in the Arctic Ocean and, at almost every given opportunity, taking his shirt off.

Limitless is a documentary in the looser sense, concerned a little less with facts and figures than it is with show and spectacle, whether that be the profound splendour of the frozen Nordic fjords or the seemingly endless appeal of Hemsworth’s perfectly sculpted pectoral muscles, appearing so often it’s a wonder they don’t have their own character credits on IMDb. It’s a genuine surprise that episode 4, which focuses on preserving Chris’ mental cognition, didn’t see the Australian heavyweight pondering over a sudoku while wearing nothing but a pair of board shorts and flexing his over-developed delts.

Each episode follows a particular theme, such as Stress, Shock or Strength, detailing how Chris, and by extension the audience at home, can best protect against natural decline through managing anxiety, embracing physical extremes or simply pumping iron in the gym. This being a National Geographic documentary, however, there’s always a need to imbue each outing with a sort of semi-narrative as the actor is challenged to a series of spectacular, if somewhat arbitrary, tasks to encapsulate that week’s aim.

Shock, for instance, culminates in a brutal swim in Arctic waters, whereas Strength builds up to Chris scaling a rope using his own body weight while dangling precariously below a cable car. This is not, you might have guessed, a David Attenborough production, but in fairness to everyone’s favourite Antipodean god of thunder, Hemsworth’s motivations, coupled with a knack for genuinely seeming interested in people and the ideas they present, pull Limitless back from the brink of “bums on seats” exploitation. “What scares me is not being able to play with my grandkids,” he frets. I, for one, do believe this core motivation to be at the show’s true heart.

Building up to a climactic test of strength and endurance does, however, give things a ticking clock quality, a series of deadlines that Chris must meet if he isn’t to fail whichever outlandish task is at hand this time. This, of course, feels slightly at odds with the supposed purpose of the programme which is, allegedly, about long-term solutions to a problem with a lifelong scope. The whole point of Limitless is to use Chris as a lens through which we can better understand how to live better for longer, but reducing each facet of this journey to a task to be achieved by a set deadline threatens to undermine the idea that these “solutions” are part of a long, gradual and ultimately insurmountable process of self-improvement.

Still, it’s a decision borne out of necessity rather than thoughtlessness or a naked need for unnecessary diversions. Aronofsky, Hemsworth and co. understand that documentaries are usually manufactured to appeal to the senses, and that endless footage of a brawny Australian slaving away on a treadmill, ingesting kale smoothies and struggling with the Telegraph’s cryptic crossword doesn’t exactly make for the most riveting viewing.

Limitless may be highly manufactured, but thanks to Aronofsky’s input, some staggeringly beautiful locations and the easygoing charm and conviction of its star man, you’re rarely bored watching Chris’ quest for the Holy Grail of (almost) eternal life. Instances in which Hemsworth details his own fears of developing Alzheimer’s disease thanks to a clear genetic disposition, meanwhile, further ground events in an earnest emotional foundation.

And, in fairness, there are facts lurking beneath the high-rise dare-devilling and yet another lingering shot of Hemsworth’s cannon-like biceps. Every episode digs into the body’s inner workings to see precisely why our hero is being forced to nearly drown himself, or why not eating food for four days might be beneficial to the health of his gut biome. However fancy or outlandish the ultimate task may be, it does usually feel rooted in some sort of scientific motivation and quantifiable reality, a reality only slightly undermined by the show’s proclivity for selecting tasks that give Chris a chance to get his kit off. Honestly, I’m surprised that they didn’t have a doctor trying to claim that the secret to a longer life is not to keep your shirt on for more than three hours at a time.

The problem is that this is all well and good for a multi-millionaire actor who can afford to have a sauna installed in his idyllic Australian abode or fork out for the most in-depth health MOT money can buy, but you do wonder as to the practical applications for the viewing audience of the stunts and techniques on display. Each episode ends with the steps that its star man is taking to ensure he keeps the lessons learned fresh and present, but these act as a post-credits addendum rather than as the main focus. It’s hard not to wonder whether the usable measures for the common man are being lost amid Limitless’ more flamboyant headline stunts.

Or maybe that’s the point. Pushing yourself to really best the ravages of ageing requires potentially extreme measures, not simply eating a couple of bananas a week and heading for a jog for thirty minutes on a Sunday afternoon. Either way, you have to take Limitless with a pinch of salt and regard it more as a piece of documentertainment than a thorough investigation into the keys to the door of perpetual existence, even despite Hemsworth’s admirable job of acting as the show’s grounding centre of legitimacy (fully-clothed or otherwise).

For what it is, though, Limitless looks sublime, is superbly put together and isn’t without its practical or scientific merits. There are instances in which the show is so outlandish in its pursuit of pure spectacle that its message simply becomes obscured or lost entirely, but mostly the charisma and sincerity of its central star convinces you of the importance and value of Hemsworth’s quest. Chris’ motivation seems less rooted in selfishness or ego but in a genuine desire to be playing with his grandchildren as he nears a century on this planet. That, after all, is an aspiration that most of us can ultimately relate to. 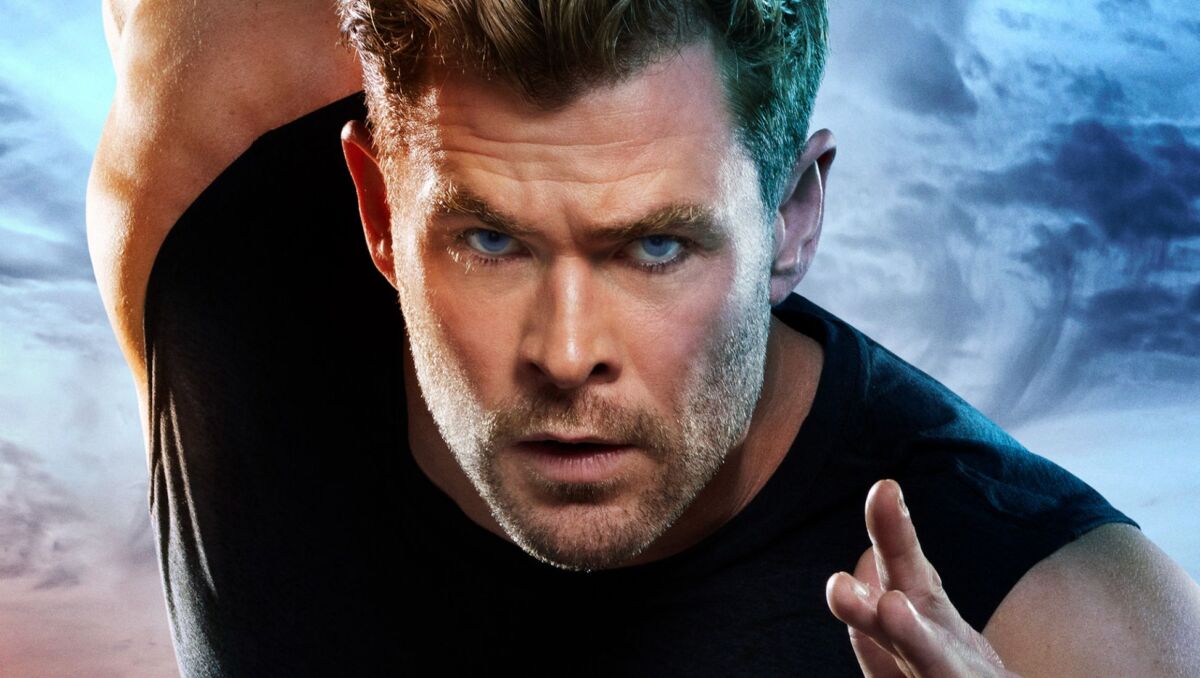 Verdict
Chris Hemsworth wants to live for as long as possible. Given the Aussie actor’s effortless likeability, I’d like that too.
7.5
Cultured Vultures is a pop culture website established in 2013 covering all things gaming, movies, and more. We eat your words.
All The News On The Biggest Games